Heads Up Volume Up 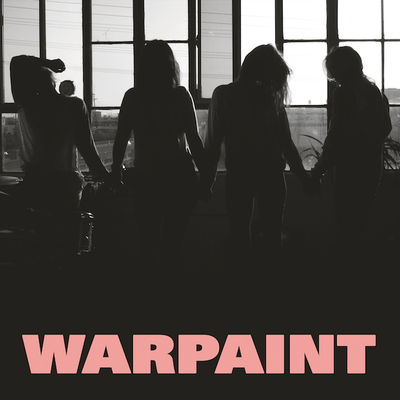 Continuing their stylish development of pop music, LA’s stylish Warpaint are back with their third studio album. Emily Kokal, Theresa Wayman, Jenny Lee Lindberg and Stella Mazgawa were launched to international prominence with 2014’s Warpaint, and Heads Up continues their creation of hazy grunge-pop, fracturing the occasional track with a burst of unhinging electronica.

With the mumbled vocals and repeated lyrics, much of the interest in Warpaint’s sound stems from their musicianship. With its quietly synthesised basslines and softly tapped hi-hats, 'Heads Up' creates the false sense of ambience so prominent on the group's two preceding albums - 2010’s 'The Fool' and 2104’s self-titled number. The four-piece have previously stated that they’re not influenced by guitar music when writing their own material, so their breadth of musical talents and interests has resulted in Warpaint developing an almost-instantly recognisable sound without having actually doing anything too original. The only ‘Warpaint trademark’ you could conceive is the apparent lack of a single lead singer, instead having the responsibility shared throughout the group with the resultant vocals layered in on each track.

As an album, 'Heads Up' is a development on the pop music Warpaint have previously produced. It’s an album and not a collection of singles, asking the listener for concentration and patience with its sound that edges into experimental. You could be mistaken for believing you’re listening to the four members jam for the most part rather than something that’s actually been meticulously written. Verses slip into choruses without any real discernible pace or key changes - Lindberg's bass meanders its way through each track, and Mozgawa’s drumming provides beats obscure enough that an industrial sound more stylish than practical is created. Simple guitar riffs are picked through by Kokal and Wayman, which when combined produce sounds that seem relaxing without encroaching on dull.

'Heads Up'’s first release is the (presumably) ironically-titled "New Song", the only track on the album which could be really considered to be single material. It’s upbeat, heavily comprised of obscure harmonies that give a brilliantly disjointed sensation. The remaining tracks however are slower, teetering on a languidness that’s more atmospheric than lazy. The blanketed vocals of Kokal, Wayman and Lindberg croon rather than serenade, and as of this whispered moodiness 'Heads Up’s tracks build but never break. "By Your Side" and "Don’t Wanna" aren’t perky enough to ever be covered by a wedding band, but there’s already enough versions of "Sex on Fire" out there for this to be an issue. A stylishly downbeat bit of pop music definitely has its privileges.

"Above Control" is the album’s rockiest number, but for all the twanging guitars there’s no instantly memorable riffs - Warpaint instead relying on the benefit of cohesion to carry things. "New Song" aside, the only track on 'Heads Up' that threatens to buck the status quo is "Don’t Let Go", opening with a Fleetwood-esqe high-pitched guitar before slipping back into the warm, serene waters frequented with the rest of the album, so unhurried it feels laid-back.