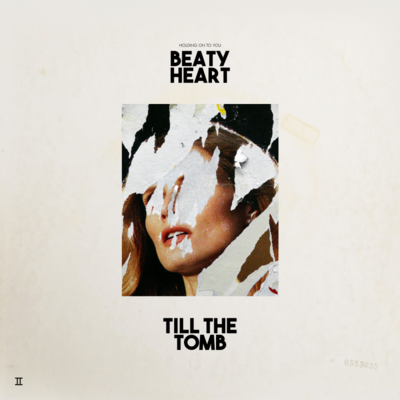 In the last few years Beaty Heart have really come into the UK music scene, depicting an awesome performance at Glastonbury in 2013 which really put their name out there. Then throwing an even awesomer album at us, 'Mixed Blessings' which gave us the delights of "SeaFood" and "Banana Bread".

Tracks such as "Till the Tomb" and "Soft Like Clay", even "Raw Gold" have elements of disco in them and are definitely the dancing songs at gigs. The album as a whole is somewhat genius, breaking it down it is an apparent journey commenced by 'Mixed Blessings', this album shows the bands growth and increase in their musical potential. It's as if Beaty Heart are saying "This is who we are and this is what we do" and boys I like it a lot.

'Till the Tomb' is an awesome summer album that I'm sure has been played multiple times for those rooftop drinks and summer shenanigans, however, it is also just generally an awesome album. Beaty Heart are one of those underrated bands that are slowly and surely making their way and I'm loving being a part of their journey. So see these guys live, I hope you've heard 'Mixed Blessings' and I'm pretty damn sure you are loving 'Till the Tomb'.