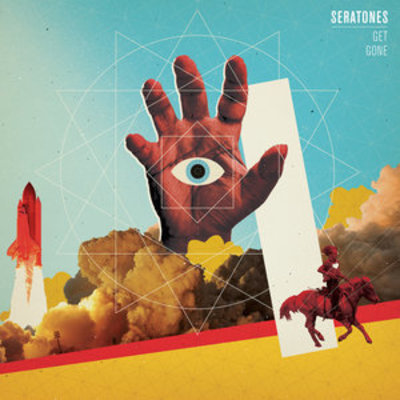 I’m often guilty of not practicing what I preach, as while I repeatedly recommend folk post reviews of the music they love, I sometimes forget to do it myself. However, I’m writing this because I think I’ve found my new favorite band.

I wasn't familiar with the US band Seratones until a few days ago. They hadn’t come across my music radar and whether that’s impossible to believe as you’re a massive fan, or like me, you’re very new to them, I don’t believe it makes a difference to what I’m about to say. If you’re a long term fan I’m guessing you’ll be in full agreement, as hopefully you will once you’ve listened to their music if it's your first time.

I’ve been listening to their debut album ‘Get Gone’ on loop for the last 3 days and have been in awe. I’m heading to their next London gig and I’ll be damn sure I listen out for any new material they release. In short… I’ve caught the Seratones' bug.

Every time I listen to their music it’s like hearing it for the first time. The mesmerizing vocals of AJ Haynes, the guitar hooks and licks of bass from Adam and Connor Davis and the thumping drums from Jesse Gabriel. A combination that makes, what is in my opinion, not just stand out music, but something truly remarkable. So much so, it’s inspired me to share it with you.

Although I'm sharing their music with you, I wanted to include as little info about the band as possible. Not because I’m lazy, (well not entirely because I’m lazy) but because I wanted to provide as little room for judgement on anything but their tracks as possible. If you want to find out about their background, influences and how they approach their songwriting that’s on you, however I didn’t want anything to impinge on the sheer enjoyment and exhilaration of listening to their tracks.

I’ll also make no comparison to others, I’m sure you’ll form your own opinions, but just say that after listening to “Chandelier” (below) I was hooked. They make it look so effortless and simple, and that’s why it’s genius. There's a number of other songs on ‘Get Gone’ (still can’t believe it’s their debut!?) which are equally awesome, but I won't spoil the surprise.

Maybe you'll enjoy the same voyage of discovery I’ve had, maybe you'll re-listen to the band you've already fallen in love with and maybe you’ll also end up writing a review. If the album made the hairs on the back of my neck stand up, god only knows how I’m going to feel when I see them live in a week or so.