Tom Martin's 'Next Plane Out' Has Just Arrived 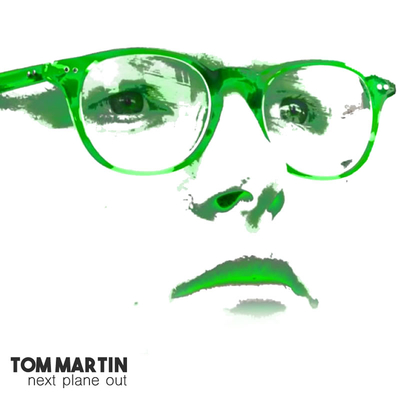 Tom Martin is a common case of a talented individual with the ability to bear the journey down two disconnected paths, without deviating too far from one another (but as time progresses, may need to choose one to follow).

The twenty one year old Ancient History student has been revising more than just his textbooks, as the young aspiring musician releases his debut E.P, ‘Next Plane Out’, ready to be documented as a historian to keep an eye on in the local music scene.

Establishing his fan base in 2014, it did not take the Romsey-born artist long to assert himself and find his identity by playing shows locally and within the vicinity of his universities circumference.

‘Next Plane Out’ envisions the marriage of the 2009 urbanised soul of James Morrison and the 2010 velvet vocals of Ed Sheeran, with a timeless English southern-smattering that consistently revolves around the first person experiences of uneven love and your typical, alcohol-soaked student life.

The opening EP titled track holds soulful indie elements without too much emphasis on vocal vibrato to take the focus away from its absolute smoothness. The tender but real voice of Mr Martin reveals a form of eccentrically amusing lyricism in “Supermagnets & Superglue”, examining love from behind and outside of the flat doors of your common student existence.

The bona fide side of this fair haired man however, becomes evident in the third continuation titled “When She Holds You”. Soul-engraved guitar notes echo into the atmosphere he creates, with emotion-packed words of advice calling out to the subject in question.

The conclusion to this well-swept start ends with clean (non-explicit) cuts of number two and three. Although they may appear unnecessary for an E.P with the prioritised target of introduction, the inevitably is that these will be essential if he wants to snatch up some follow-up radio time.

‘Next Plane Out’ is a very well constructed (and produced) E.P that will undoubtedly give Tom Martin the preliminary attention he has earned. It will also give his current fans the exciting prospect of sitting back and offering out handfuls of “I told you so” remarks.