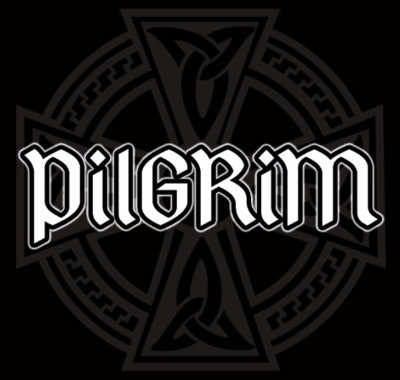 Like any Pilgrim, they must eventually reach the end of their journey but this particular South Wales-based quartet, are only just starting their musical expedition. Their debut not only promises good hard classic rock and with “No Synths” and “No Auto tune” printed in black and white on the back of their self-titled E.P., this appears to be a group who won’t be moving with the wearing production trends.

Only forming in 2015, the project is the younger sibling of its genre brothers, but it also has great possible potential with their clean-cut case of rock déjà-vu, transporting the listener back to the 60’s, when classic rock was the one true rock.

One swift plectrum sweep and an abrupt snare slap is a suitable opening for the stampeding verses and devil horn-forming choruses that were hot on their trail. The highlights of the record include a real strength with song introductions; “Shame” with Adam Healey’s scorching two minute guitar solo and “Groover” with David Corfield’s slight southern drawl mixing things up.

Concluding “Sorry Randall” however, could easily be considered the strongest entry with a more modern twist of southern rock, icing this nostalgia-packed cake.

An obscurity clouds the ability to simply classify Pilgrim as your typical splash of classic rock. The classic approach is obviously present within song structure and genre typecasts of massive guitar licks, bass deflecting production and high-pitched singing style, but when each of their songs contains such evident elements of various sub genres such as funk, blues and even stoner rock, it becomes difficult to categorize the four-piece into anything other than very promising.