<p>Green Man is an independent music and arts festival held annually in the Brecon Beacons, Wales. Now in its 14th... 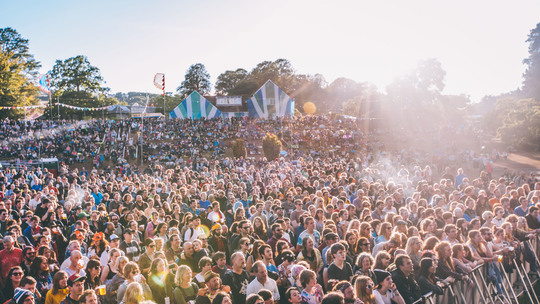 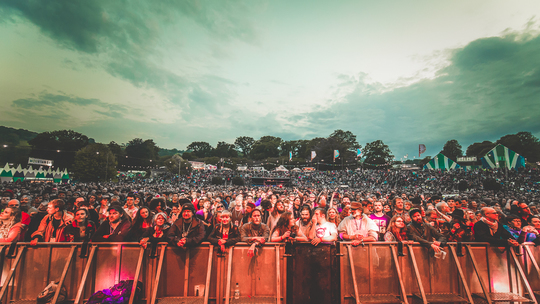 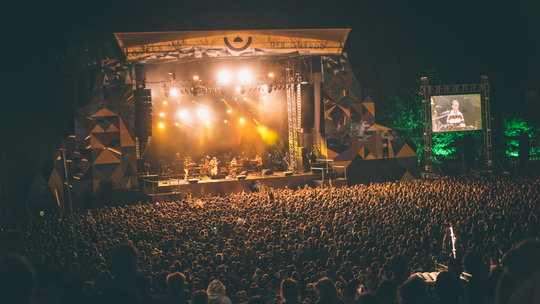 There aren’t many festivals that boast a location as epic (in name alone) as the Black Mountains of Wales. There also aren’t many festivals where the punters frequently burst into rounds of Welsh song, where everything is written in two languages (one from the 4th century), where Belle and Sebastian play at the foot of an actual mountain overlooked by semi (or sometimes, fully) naked 40-somethings in hot tubs, where you can pedal a pushbike to charge your phone, where immersive theatre meets music meets fire dancing meets inspiring talks meets top-notch comedy meets a giant wizard man made of wood, tankard raised to the sky, who forms a truly magnificent centerpiece. There aren’t many but there is one: the stunningly beautiful Green Man, set in the Brecon Beacons of South Wales.

“This festival is something special”, the man at the coffee stall tells me on Thursday night. And oh, is he right. The scenery alone is enough to write home about, but the eclecticism of the music makes Green Man festival not only somewhere that is just really lovely to spend a family weekend, but also a place where you can catch one of the most diverse and exciting musical line-ups this year.

Just two of the site’s eight main stages are open when we arrive on the Thursday evening, but the music still manages to impress. The 11-piece AGEBKO deliver punchy horns and a packed dance floor, drawing influence from everything from 70's funk to Ethiopian dancehall. Over on the Far Out stage (which, like everything at Green Man, is not that far away at all), an epic headline performance from Wild Beasts attracts one of the politest, 90% teenage audiences I’ve ever encountered. Standing behind me, they sport unlit cigarettes behind their ear and drink sips of bad lager that make them cough. I offer one some water and he sheepishly takes a sip whilst his friends aren’t looking - image retained.

On Friday, the festival is in full swing and the rain has come to join in the festivities. Undeterred, we wander around the small stages catching many of the great new acts on offer as well as exploring some of the talks and interactive theatre elements of the festival. At 9pm, the rain stops for a spectacular silent theatre show involving dance, fire performance, aerial hoops, silks and acrobatics, telling a mesmerising story of explorers that fail to return. After dark, the music really ramps up a gear. The brilliant Chainska Brassika have the whole tent skanking whilst 90's shoegaze band Lush easily become one of my highlights of the festival with their unique brand of blunt, “don’t mess with me” BritPop: “My daughter tells me My Chemical Romance use this bassline” singer Miki Berenyi introduces their song 'Hypocrite'. “I wrote it though”. Later, guitarist Emma Anderson plays her guitar with a bottle. Friday night culminates at 2.20am in an epic live show from the brilliant, post-industrial Factory Floor. This definitely ain’t just a folk festival, kids.

Saturday kicks off at lunchtime as 1966 is brought to life in an engaging talk from the popular culture historian, Jon Savage. Rain means that we stay in the spoken word tent for much of the afternoon, but eventually emerge and walk straight out into a rainbow, just in time to hear the stunning Geordie harmonies of The Unthanks coming, it seems, from the very heart of the mountains themselves. As night falls, Laura Marling proves herself to be a mesmerising performer whilst Edwarde Sharpe and the Magnetic Zeroes draw the largest crowd of the festival so far.

The Far Out tent is the place to be on the Sunday with epic performances from the Black Keys-esque All Them Witches and the brilliantly deranged Ezra Furman, easily one of the standouts of the festival. Fusing elements of Bob Dylan, Kurt Cobain and 50's rock n roll, Furman certainly knows how to put on a show, and soon the tent is packed full with fans of all ages drawn in by his unique voice and incredible stage presence. Belle and Sebastian provide a humble, fitting end to the festival, playing classic hits and inviting so many members of the audience onto stage that it became impossible to make out any of the original band members at all.

As the music goes quiet and the Mountain Stage comes to a close, the whole festival congregates together for the real finale: an impressive firework display and the giant Green Man figure, in all his glory, burning beneath the stars.