Brutal Is The New Black 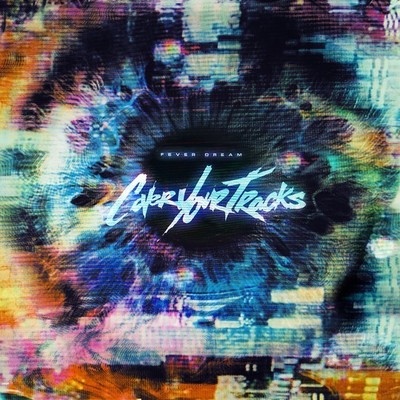 'Brutal' seems to be the trendy adjective for modern metal at the moment. All are brutal, but some are more brutal than others. In the case of Cover Your Tracks, the buzzword seems to have been added to the press release because their début has been recorded to sound louder than most things at an equal volume setting.

Once the volume's been adjusted accordingly, the description doesn't seem like such a good fit (and just as well: even though this album is shorter than average, that length of uninterrupted brutality would be a bit much for this reviewer). Yes, there are moments of loud distortion and Slipknot-influenced harsh vocals, notably on opener 'Spin the Bottle' and most effectively on the hard-riffing tale of intoxicated excess that is 'Bellow'.

Yet the album contains more light and shade than the advance press would suggest. 'Are We Innocent?' is a much gentler, piano-filled expression of gloom about the state of the world. Closer 'The Surge' brings in acoustic guitars and themes of existential crisis - although with a title like that, I kept waiting for it to surge and it doesn't. However, it is possible that could have been intended to suggest that the crisis will never be resolved, like the way Dream Theater's 'Pull Me Under' ends unexpectedly to indicate the narrator's demise.

The song that really got my attention, though, was 'Cages', which sits somewhere between those two extremes musically, but easily has the most interesting lyrics on the album. It's about technology getting people addicted and dividing them from each other. If some of the rising generation who were born with a smartphone practically glued to their hands can see that, maybe there's hope for the world after all.

As well as containing the requisite number of fashionable descriptors, the press release for 'Fever Dream' states that Cover Your Tracks formed from an assortment of other bands who had broken up. This may explain the wide range of sounds explored here. Overall, there is plenty to suggest they're ones to watch for modern metal fans as they assemble a sound of their own.