Together The People is an independent, greenfield, non camping, music and arts festival taking place in Preston Park,...

Brighton Moves To The West Coast 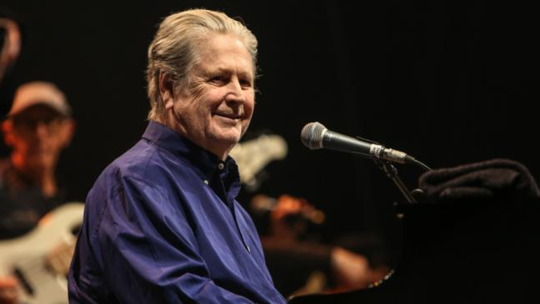 Leaving the quinoa stores empty in the laines, Brighton’s trendy parents embarked on Preston Park with their families last weekend for Together the People.

The fledgling festival, attracting a crowd 5,000 people strong, was very much in the set-up of a village fete. Much more humble in build to other weekenders on the circuit, and (thankfully) very dog-friendly. Surrounding a core of dodgems, waltzers and a merry-go-round were numerous stages, each playing host to a roster of acts from either end of the experience spectrum.

The Concord 2 New Bands stage did as it promised, providing a platform for up-and-coming artists such as purveyors of infectiously catchy pop Fickle Friends, and the soulful-interpretation-of-Wolf-Gang Max Jury. Their final slot bucked the stage title suggestion slightly with a nostalgia-laden set from Londoners Turin Breaks, who dragged the early 2000s back into vogue for an hour with the instantly-recognisable ‘Pain Killer’ and ‘Fishing for a Dream’.

On the Main Stage, Gaz Coombes played his solo set actually solo, only supported by backing tracks and not a live band. ‘Hot Fruit’ therefore ended up being a bit too sweet through need for heavier beats, but the remainder of the set was a glorious highlights reel of Coombes’s best hits; ‘Moving’ showing off his timeless - and occasionally Jack White-esqe - vocals. Before performing the Supergrass number Coombes admitted to it being a song he wrote as a teenager in Brighton, all the more humbling when I realised at the same age my life-highlight was watching a housemate each a kilo block of cheese.

Hiatus Kaiyote’s fantastic rhythm section helped carry the Aussie band whilst the heavens opened - the crowd equally enticed by the funky renditions of ‘Nakkamarra’ and ‘Breathing Underwater’, but also by the knowledge that Brian Wilson was soon to be taking to the same stage.

Not much remains unsaid of the Californian musician, a founding member of a group who have been know across the globe for over five decades. The very recognition of this highlights the scoop for Together the People securing him as a headline act.

Taking to the stage with his backing band, Wilson welcomed fellow Beach Boys Al Jardine and Blondie Chaplin to his ranks. Jardine was celebrating his birthday whilst at the festival, claiming “I’m so happy to be spending it in my favourite place in the North Sea, or wherever”. The supposed charm offensive worked; the crowd went wild.

Classic songs were played perfectly by the large - and supremely gifted - ensemble, with Wilson at the centre of the stage behind his grand piano. Celebrating its fiftieth anniversary of release, Pet Sounds was played in full, its rendition being every inch as glorious as you’d hope it would be. Either side of the 1966 album, other legendary numbers were effortlessly played such as ‘I Get Around’, ’Surfin USA’ and ‘Good Vibrations’. The weather might have been textbook English summer, but for two hours everyone in Preston Park felt they were on a beach in California.

Image courtesy of the Argus.