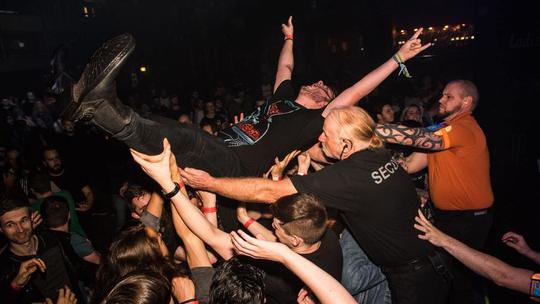 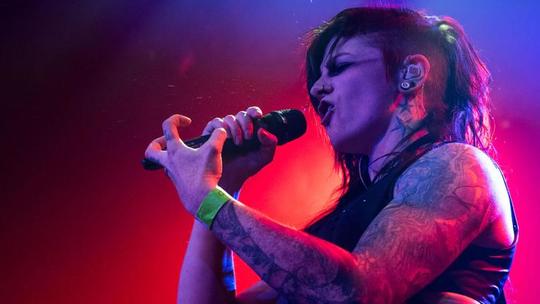 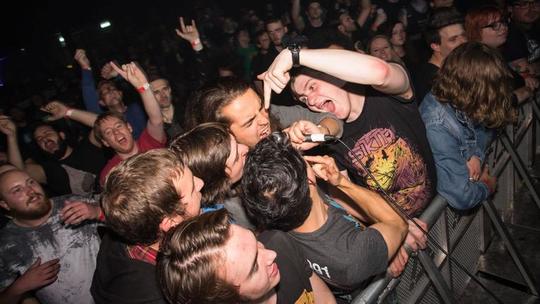 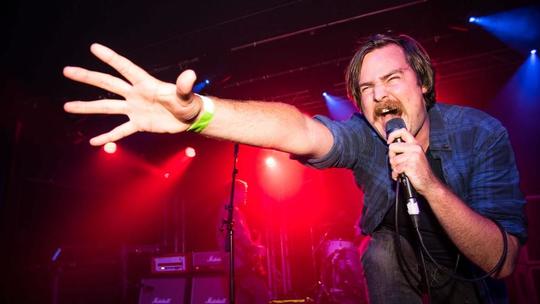 The infamous single-day-event otherwise known as MacMillan Fest has returned to Nottingham again, this can only mean one thing, two of the town’s best known venues; Rock City and Rescue Rooms, will be heaving with non-stop rock all day long with a mixture of new and returning bands, and some pretty good headliner to.

With 67 bands listed on the band bill for the music crammed day the organisers have put everything they’ve got to make this date a must-see event in your dairy. MacMillan Fest is hosted ever year by Kris Davis, who has undeniably worked very hard to make this day one to remember. Over its' past few years MacMillan Fest has pulled in numerous big names such as Bleed from Within to help it become extraordinary.

This time around, two of the headlining acts that got the people packed into the main venues were Seafret and Sikth, whom managed to fill both venues on both the main stages. Seafret, who only came onto the music scene two years ago but have been building momentum ever since they closed a night at the Rescue Rooms before a massive room of people. It was amazing. If, however you like your music both more full-on and more metal and were able to find place in front of the ecstatic crowds at Rock City, rock metal veterans, Sikth, brought their end of the night to a close. Pure metal mayhem and just the way you’d like it.

If you went from venue to venue looking for new music you wouldn’t have been disappointed. Many new bands who made their debut were High Tides, Chasing Dragons, Continents, The Mocking Jays, Inme, The Mitherhead and Black Cats & Magpies never mind bringing down the house with some of these newbies, and never mind the smell of sweat, you could practically smell both the adrenaline as well as the energy running all through your veins. There were a couple of returnees who played at last who came back for more; Our Saving Day and Eyre Llew. Situated in the main bar the acoustics sessions were bringing in crowds of their own. Billie, Joseph Knight, Bethany Jowett and Ellie Keegan demonstrated that unplugged session are just as good to listen to as the next rock/metal band.

Overall the day was a total triumph. Many as yet undiscovered musicians, both local and further away got the opportunity to play to live crowds at all seven venues, including both the Red Rooms and Spanky Van Dykes. There was also quite a bit of BBQ food to go that was available and the chance to grab some merchandise, and oddly enough people willing to get their hair cut for the cause. Don’t ask.

This will be the third time in which I’ve gone to this event and all I can honestly say is that it gets better with every year and I’ve got the chance to see some amazing new bands in the process.

The yearly music event is held every year at both Rock City and Rescue Rooms every September helps raise awareness and money for the MacMillan Cancer charity whilst helping support local artists at the same time. Roll on MacMillan Fest 2017!