I Can Build A Fire

Read more
REVIEW album Autoheart I Can Build A Fire 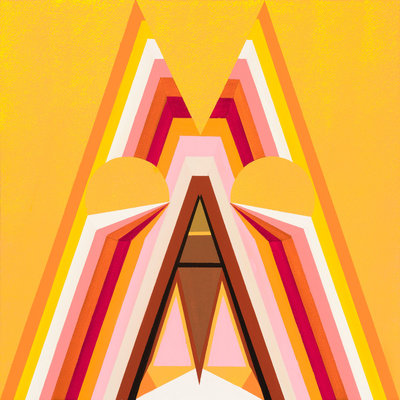 I Can Build A Fire

Seven years ago the most miserable year of my life was brightened to a small extent by a song. 'The Sailor Song' by London band The Gadsdens was a glorious piano led indie pop ballad (beautifully described as 'strange and gorgeous' by the Telegraph's Marc Lee). It promised much for this band, but as time went by, The Gadsdens curiously faded from view.

The band 'evolved' (their words) into Autoheart in 2011, and released an album in 2013. Entitled 'Punch', the album somewhat passed me by - and the inclusion of 'The Sailor Song', by then four years old seemed in some ways to be a little desperate. And then… nothing more. Until this year - and it turns out that the seven year wait from 'The Sailor Song' was well worthwhile. Autoheart have released their second album, 'I Can Build A Fire', and it is absolutely fantastic.

Autoheart are lead vocalist Jody Gadsden, guitarist Barney JC and pianist Simon Neilson. Their music is probably best defined as 'indie pop', but this is not 'guys with guitars' indie - the influence of piano and keyboards is very strong. The band's (possibly tongue in cheek) description of the album as "Erasure meets Abba via Limahl's 'The Never Ending Story'" does strike a chord - there are lilts and sways and swoons here that fit with the best examples of 80's pop, allayed to a contemporary backdrop, with lyrics which are poetic, and moving, and heartfelt. There are many songs here to enthuse about, but four in particular are worthy of special mention.

Lead single 'Oxford Blood' is a powerful electro-based song, led by Gadsden's poetic vocal and the backing of Berlin based singer songwriter Anne Haight. "We need a lot of love to combat the evil - lying in a bathtub hoping for a miracle" runs the lyrical hook. It's magical. Almost-title track 'We Can Build A Fire' in contrast pounds along to a rhythmical beat. The use of the metre and pace of the lyrics as a counterpoint to the music is one I have always loved, and 'We Can Build A Fire' uses this perfectly. "In my assassination there are constellations lighting up the sky above, the night is full of love" - the words themselves are less important in this song than the texture they create.

Then there is the most gorgeous ballad you could wish to hear. Gadsden wrote 'Before You Came' for his boyfriend Matt, and sent it to him on Christmas Day. You can quite understand why this is his favourite track on the album. Here the lyrics mean everything. "On the day before you came - Every view I ever saw was never good enough, there was little in my life that I was proud of". It's sublime. There are plenty of other excellent songs - the electro vibe of 'Possibility', the more staccato charms of 'Murky Waters' - but the band save probably the best for last.

'Joseph' started life as three separate songs, and the band were unable to work out which one should be the final version. Two decisions resolved their dilemma - the song was transformed into a duet between Gadsden and Haight, and elements of all three versions were combined together to create the finished article. The result is a quite majestic album closer - one that the term 'epic' might have been coined for. It's all pretty tragic too - probably the saddest song on what is a hugely uplifting record. "You don't heal me like you used to" the final chorus goes, before concluding "I don't need you like I used to - you can't cure me like before". Haight's vocal, alongside Gadsden's gorgeous voice is quite perfect, a fragile and delicate contrast.

Autoheart have created something quite exceptional here. They are completely contemporary now, but you kind of feel that had this album come out 30 years ago it would have fitted in perfectly then too. The melodies are masterful, the lyrics are poignant and emotional, and the voices are perfect. Finally, with this album, and seven years after they released what is still possibly my favourite song ever, Autoheart have taken their rightful place at the very top of the tree.