The Return Of Riot Grrrl 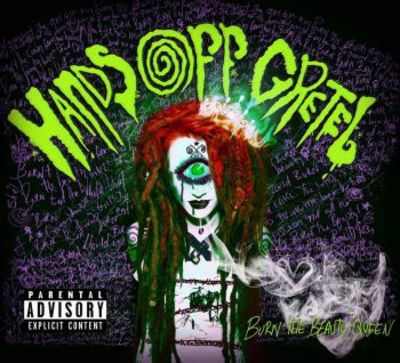 Riot Grrrl, a term often used for any noisy girl punk band, but this often belies the original subculture movement which was essentially trying to get a female viewpoint across what was a very male dominated indie/punk music scene. The early exponents cited as Siouxsie Soux, Chrissie Hynde, Poly Styrene and Patti Smith who then in turn influenced a new wave with Bikini Kill, L7 and Hole leading the way. However, this was all still very much of an underground scene centered around a DIY culture of producing your own artwork, records, fanzines and press. By the late nineties most of the original bands had pretty much petered out as more radio and MTV friendly Spice Girls and their ilk took over leaving the young female population fewer strong role models in the music industry, that weren’t just pop grunting and showing off their physical assets.

So it is genuinely refreshing when a girl still in her teens, full of angst, frustration with the world and teenage peer pressure. Lauren Tate has basically locked herself away in her bedroom to write music and lyrics, learned to play the guitar, designs all the merchandise and artwork for the band and even helps to produce a video for current single ‘One Eyed Girl’. The debut album from Hands Off Gretel is a culmination of several years of hard graft and young life experiences thrown into a post punk grunge rainbow of sound that delights with every track.

Very much in the DIY vein the release is part crowd funded and with thousands of fans on social media sites, it wasn’t long before the targets were met and advanced copies sent out to those fans that pledged.

This album is chock full of catchy punk riffs that just rip through your speakers, topped with Lauren Tate’s perfect gravel based vocals and a knack for injecting a scream just at the right moment. ‘Burn the Beauty Queen’ flicks the finger to the mass produced X-factor wannabe celebrity culture and gets back to basics with honesty, passion and youthful energy.

I urge you to get this album and band into your life, following well received slots at Camden Rocks, Whitby Goth and Isle of Wight Festivals they start their first proper solo tour very soon and launch the album with shows in London and their hometown Barnsley next week. Live performance is where it’s at, and I can promise you a night of colour, energy and a beautiful noise you won’t forget in a hurry.