The 'Glory' That Is Britney Jean Spears 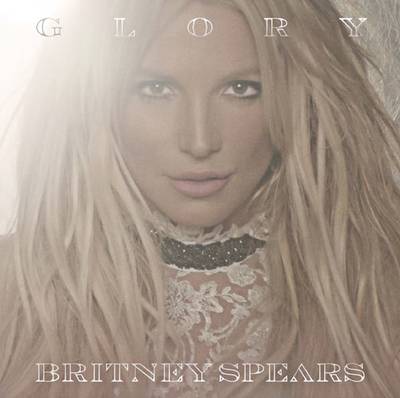 Whatever you do, don't call it a comeback because let's be honest, by looking at the wreck that is the music industry, it's not a comeback, but a rebirth. Ironically, bar the music industry comment, that's an actual Britney quote for you and my God she has never said a truer word.

2016, the year of re-sampled great songs, thrown onto a tropical house beat with an average singer and that's a hit. 2016, the year 'One Dance' is considered to be in the same league as 'Bohemian Rhapsody' even though 50% of the United Kingdom haven't even heard it (thank you streaming, thank you very much). 2016, the year where people are dropping hook-less tracks and videos of them strutting around with a baseball bat and receive high acclaim, where it's literally just noise.

So you can imagine the delight, the honor to hear that Britney has been re-born and returned with 'Glory'. Moving away from any jokes I may make about her being an entity to the music industry and how without her there would be no such thing as pop music as we once knew it. She created two of the most iconic albums in the pop world 'In The Zone' and 'Blackout' and if you blend those two records together, you have 'Glory'. Basically if you're a fan of 'Femme Fatale', there's only two (maybe three) songs on the record for you.

The album opens on the angel vocal 'Invitation' where Britney kindly invites her lover to make love to her. It's one of the first times in her career she has an actual introductory track, normally her records start on those huge singles of hers; you know like '...Baby One More Time', 'Oops!... I Did It Again', 'I'm A Slave 4 U', 'Gimme More', 'Till The World Ends', you know the ones. It's a really cool slower track and is probably the nearest to a ballad you're going to find on the album. Imagine in 2016, Britney opening her album on a ballad. Sort of.

Second track is single one 'Make Me' featuring super handsome rapper G-Eazy. The track actually reminds me of 'I'm A Slave 4 U', it's very sensual, it's very subtle and very not Britney. When she dropped 'Slave', it was very different for Britney and I remember disliking it. It's now in my top 5 Britney tracks. The rap addition from G-Eazy doesn't contribute much, but he's cool and has 'swag', so we'll let it pass (I mean we've all heard her duets with Will.i.am).

Standout track on the record has got to be 'Man on the Moon' from the vocoded introduction to the sweet lyrics, it seems that Britney really wanted to emphasise a personality on this record, which is something that, as a Britney fan, can sometimes be left out on a record. I mean sure we had 'Perfume' last era, but when it comes to personality, Britney has kinda left that in the vocal dock these last couple of albums and given banger after banger after banger. 'Man on the Moon' has this really great middle 8 where she's singing in French and then the vocals are reversed, so it feels like a completely alien language, and if you want to dig even deeper into the pschy of this theory, she had a track on her previous record 'Alien' about a girl who felt like an alien, a creature misunderstood and unloved and now she's fallen in love with the same creature... let's put a throwback to Lucky and we have a mystifying list of fan theories that will never be explained.

'Just Love Me' follows, a simple and sweet track where Britney's vocals take a moment to shine. She's desperate to be loved and adored and questions things in a relationship where you would say things because you're high maintenance. All she wants is their love and a little bit of a patience. It's a wispy number but a bloody good one at that and gives us a moment to return to the pop bangers that people love and adore like 'Clumsy' and 'Do You Wanna Come Over?'.

Now we must be honest, she does sound a little bit like Daffy Duck in 'Clumsy', but we'll give it to her because of her inter textual reference to her own song 'Oops!... I Did It Again' where in the pre-chorus she utters "oops" and then the beat comes in and we start dancing. 'Do You Wanna Come Over?" is in the same vein, except thankfully, no Daffy Duck vocals. The track is probably the stronger of the two and is essentially a Grindr anthem (or Netflix and Chill to the heterosexuals). It's a pretty funky track and we can assume (with it already being performed in Vegas) that it will see single treatment.

Britney takes us back to 2016 with 'Slumber Party'. When we first heard the title, we were expecting something sounding like a Missy Elliot / 'Me Against The Music' type track, so you can imagine our excitement when we heard this, laid back, almost verging on reggae. It's really cool and really Britney.

Throwback time... this is a weighty review, but it's only halfway there... 'Just Like Me'. The track is a kiss-off to an ex-partner who is seducing a woman who is Britney's doppelganger (no, not Myah Marie). Britney claims the song was inspired by Tracy Chapman's style of writing, but we think she's not giving herself enough credit because the song is very similar to a Britney-penned 2001/2002 leftover entitled 'She'll Never Be Me'. The track leaves a bittersweet taste in our mouths because we are very protective of Britney and whoever the douche is that cheated on our girl... grab a base ball bat.

The regular version of the album ends on the extremely sassy 'What You Need' where Britney vocally shines through even more than she has been. It's not common knowledge that Britney has a lower range that she keeps to herself due to reasons I'd get sued for writing, yet this track really shows off her range. It's sassy, it's doo-wop, it's really really cool. It feels like a part two of 'Soda Pop' from her debut album, but 'Soda Pop' grew up and experienced a cocktail or two and is now a Hard Shake. The album ends on Britney stating "that was fun" and we think to ourselves... yes Britney... you just owned 2016 with your album and you think it was "fun"?!

Now a common practice with most Britney albums is the bonus tracks, she's not shy for putting more experimental and better songs on the deluxe version and on 'Glory', she hasn't strayed away from that routine. 'Better' is a song that could have fallen off Bieber's record, and to be honest, feels like a safe inclusion for the label... 'Change Your Mind (No Seas Cortes)' catches Britney trying to woo a man in Spanish, if the title didn't give it away, the Spanish guitar (or sitar?) will give it away. 'Liar' is essentially the Carrie Underwood 'Before He Cheats' track that we have all wanted Britney to record but not realised it before, "you know I know that you're a liar" she slurs over the chorus with one of those Country sounds. I can't quite figure out what the instrument is, but in all pop-country crossover tracks they have one.

The last song on the record (the real closer) is 'Coupure Électrique', which to put in the shortest way possibly, is probably Britney's best ever song recorded. The track is weird and sounds like a perfume advert. Her vocals are soft and she's singing entirely in French. There is simply no words to describe how mesmerising the song is, it feels like a lullaby or a hymn, the track literally transports you to a land of freedom. It's genuinely incredible. Literally... her best ever song!

And there we have it... the album of 2016 cut down and torn apart by myself. It feels like a new religion should be created where people quote lyrics from 'Glory'. She has made a glorious rebirth for herself and whilst she'll keep thanking Karen from A&R, were going to thank you Britney... for saving 2016.