<p>Festival N&deg;6 is an annual art and music festival held at Portmeirion, Wales. The festival presents a wide...

Festival No. 6… Note To Self: Try Not To Mention The Weather* 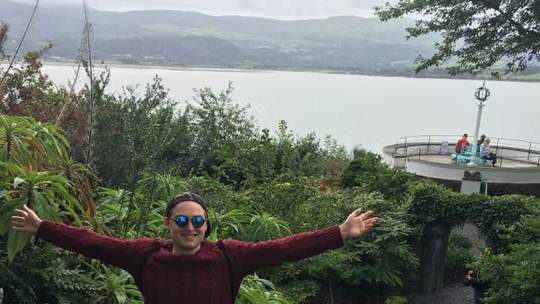 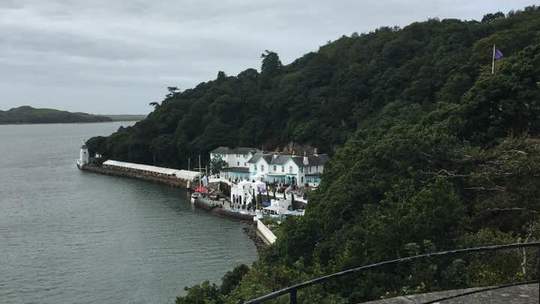 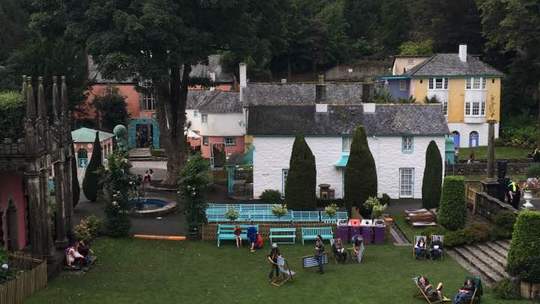 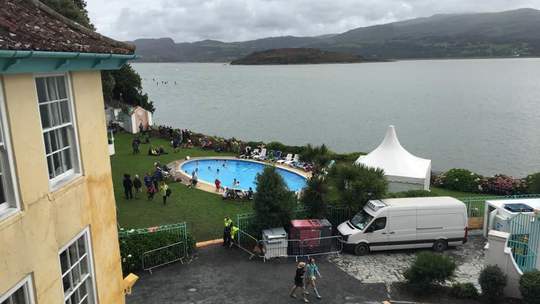 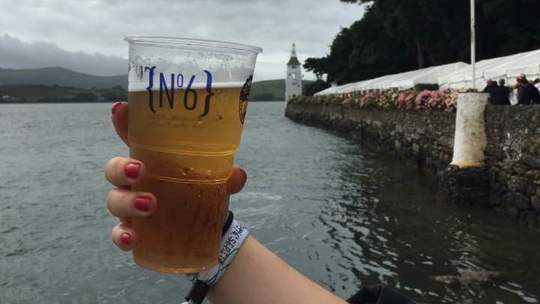 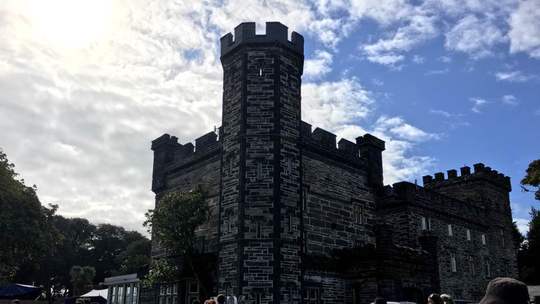 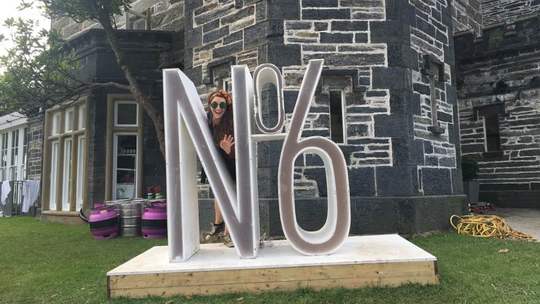 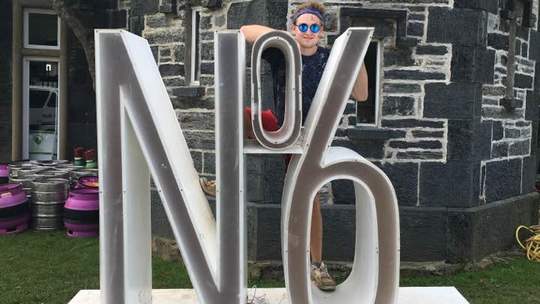 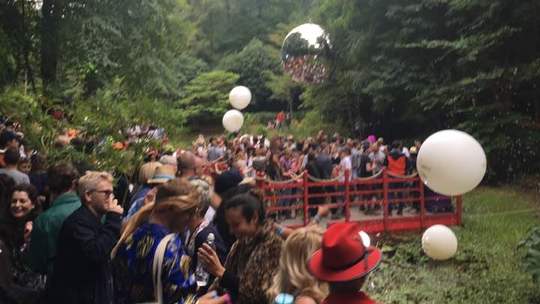 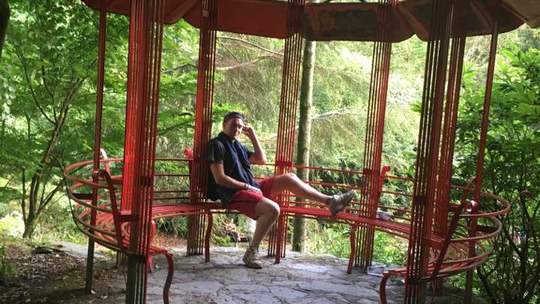 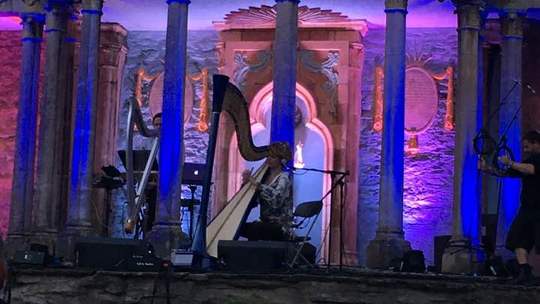 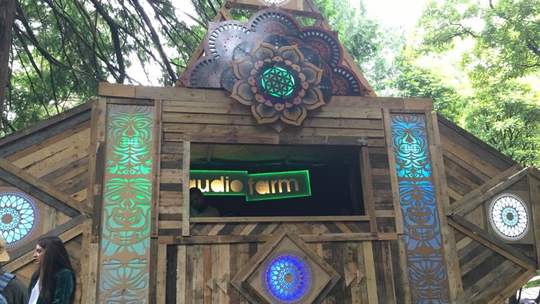 Festival No. 6, set in the depths of North Wales, claims to be “the most stunning festival setting in the world.” Now, we’ve never been to any of the Croatia festivals or even Coachella in sunny California, but pretty Portmeirion in the shadows of Snowdonia is certainly up there in “stunning” terms.

Must be a stereotypical English trait, but it’s next-to-impossible when returning from a festival to initially comment on anything but the weather. Q: “How was it?” A: “It absolutely pissed it down but was a great weekend!” Or Q: “How was it?” A: “Absolutely boiling, got such a great tan.” Now unfortunately, Festival No. 6 was the former example on the Saturday but we didn’t let the cats and dogs defeat us.

And the resilient spirit was truly tested from the start. We arrived at the festival site on the Thursday at around 11pm in the pouring rain and pitch black, pitched the tent and dozed off. But the slightly low-key Thursday night was worth it when waking up in the morning to clear blue skies and an epic view across the mountains.

Walking into the town of Portmeirion felt not dissimilar to a crazy dream: a cute Italian-esque village set into a cliff with pastel-coloured buildings, magical woods and tropical flowers lining all the pathways. We headed to the Estuary stage, complete with open-air pool (and about a million kids) and looked over at the estuary stretching out to sea. Pretty amazing.

Then we went for an explore through the woods to find all the hidden stages. Tangled Woods was, as it says on the tin, a stage covered in tangled branches; at The Dugout we saw Audio Farmers perform some cool tribal beats; and at Virgin Trains Village Limits we caught Henry Greenwood kicking off the more disco side of things.

We then walked around the town some more, and had a beer with an overly large Buddha statue. Essentially sums up the bonkers-ness of the festival…

In the evening we went to the main arena. We instantly followed our ears and headed to the House Of Rum, finding ourselves partying to the sounds of ‘Bear Grooves’. Bear Grooves is a night pushed originating in Brighton, playing a collective of funk, soul and house wrapped into one.

A serious highlight of the main arena in the daytime was the array of people. All ages and types of people dancing together: cute toddlers having a boogie, old men reliving their glory days, Portmerion locals (looking enviously fresh and showered) as well as your typical festival hipster-types.

Next we visited the Portmerion castle at the top of the festival site and took the classic photo with the main No.6 festival sign as well as checking out the castle gardens and studio no.6 space.

As the sun began to set we headed back to the woods and to the Virgin Trains Village Limits stage. The festival was now in full swing as Greg Wilson got the crowd pumping, the floating stage now packed with dancers rocking it from side to side, and the ginormous disco ball above it fully lit up by the discreetly positioned spotlights surrounding the swamp.

Another hike through the woods led us back to the mystical Tangled Woods. We lay around in a spider-web hammock and listened to the sounds of PBR Streetgang – two DJs who’ve had a residency (‘We Love Space’) in the infamous Iberian mega club.

Slightly returning to reality we re-entered the Central Piazza to witness No.6’s more classical/contemporary side. Catrin Finch won the hearts of her audience with a phenomenal harp performance as the sunset. Highlights included Catrin’s rendition of Clair De Lune - strangely reminiscent of Ocean’s 11 closing scene, paralleling the overviews of Las Vegas with the stunning sunset in the centre of Portmerion.

This was then followed by the widely awaited, award-winning Welsh choir – ‘Cor Meibion y Bythoniaid Male Voice Choir’. The sound of over 50 Welsh classically trained singers was incredible and filled the whole village. Their version of Muse’s 'Uprising' gave your whole body tingles.

The night was topped off with a final trip to the arena to see the always-solid performance from Ben UFO and Midland B2B at the Late Night Pavilion.

The night ended with an unwitting wander into the Cabaret show at the wittily named Portmerion Rouge. Needless to say we walked in, clothes were off and it was time to head to bed!

And now the weather comments begin… Saturday was torrential. Over two inches in 12 hours - check out the BBC for some seriously savage images of cars submerged in the deluge. Anyway, you have two options: you stay in your tent, dry but miserable and bored. Or you brave it and get outside, get some food inside you (scotch eggs and cheese toasties, if you’re interested) and get your beer-jacket on.
We took refuge in the House of Rum and discovered undoubtedly our top festival find: Groove Theory. We listened to a great selection of tracks expanding a wide mix of genres all connected by the groove.

To cap off the festival we had a final walk through the village and caught the No. 6 carnival - a dazzling clash of colour, samba dancers, glitter and music.

So if you’re in the mood for an eclectic mix of music, set in quite literally a dream world, then give Festival No. 6 a go... if you can brave the Welsh weather!

*Apologies, we said we wouldn’t but we mention the weather ALL THE TIME.