Rock The Boat - SWMRS Smash It Up At Thekla 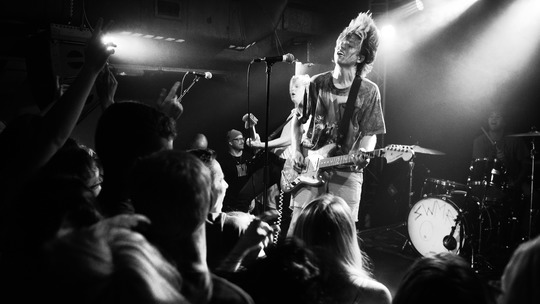 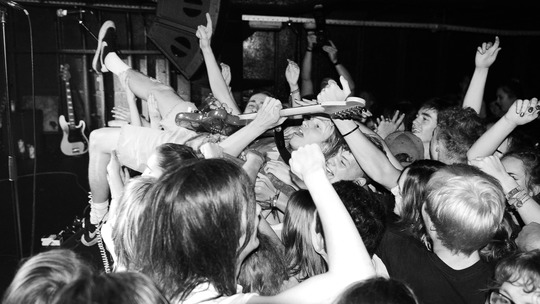 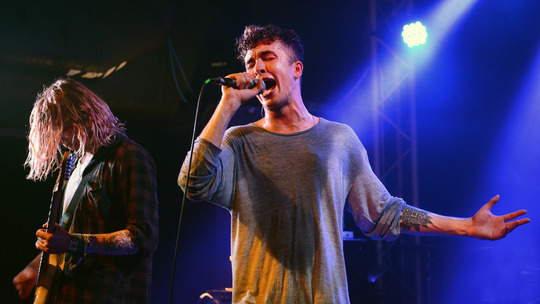 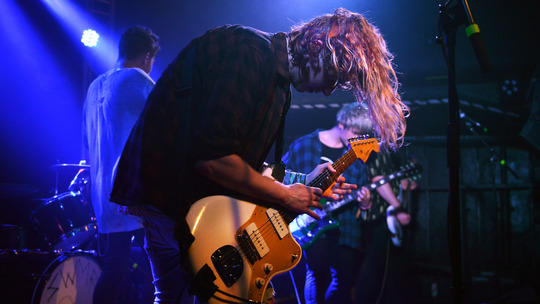 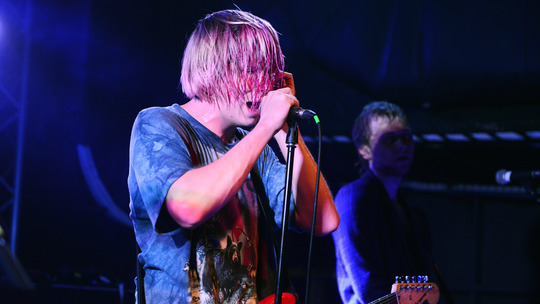 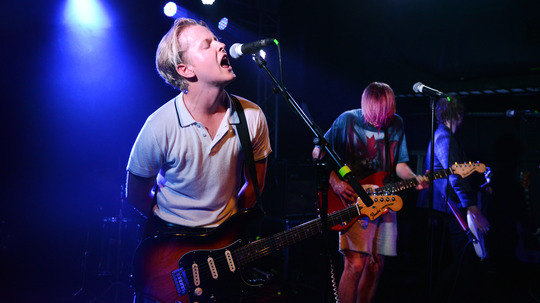 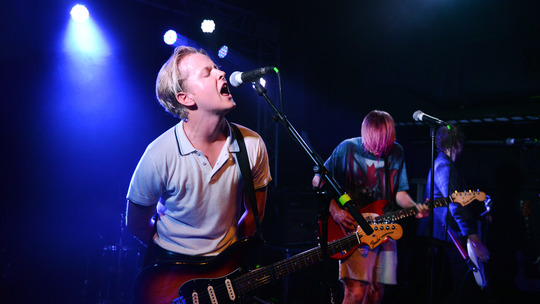 Is there a more fitting venue for a Californian band named SWMRS (formerly Emily’s Army) to play than on an actual boat venue? I would think not. Bristol’s Thekla music venue sat undisturbed as the warm stroke of the sun sank into the horizon, leaving the blood-red bulb sign to lead the eager attendees up the boarding ramp and into the bowels of the vessel.

Getting the inside-scoop from main support DEAD!, opening band Brawlers were quoted as “the heaviest drinkers they had ever met”. Although this left hesitant thoughts as to whether the Leeds four-piece knew their own limitations, five minutes witnessing their set was more than enough to clarify that this promising and rocking act had none whatsoever.

Loving the fact they were “playing on a fucking boat”, Brawlers did not hold anything back and delivered a powerful performance. Wild and wonderful, each member came to defy gravity as they bent their bodies with uncontrollable succession in the traditional rock and roll fashion. Included in their stage antics were a phone torch workshop, fans to half-heartedly leaping from the balcony and a damn fine attempt to literally rock the venue, having every occupant run from one end of the boat to the other in great repetition.

Up next were the rambunctious and haphazard DEAD! with their satisfying ability to be anything but mainstream. With their little lamps glowing on top of the amplifiers, lead singer Alex did not take long to come shooting out of the blocks, distributing his big wails to the onlookers as they swayed, clapped and sang along. “Alaska” and “Phantom” proved to be two big foot stompers of the evening and even though they seemed slightly more reserved than their opening comrades, they certainly left a familiar and likely lasting memory of their time at the Thekla (as well as a worrying amount of sweat).

Closing the night of unyielding punk and beautifully dated pop, headliners SWMRS stepped up and whether it was their general colour-pumped appearances or foresight of what was to come, something about their presence made the stage lights seem a little brighter.

Everything about the young quartet’s finale to the cold English Wednesday came rolling in, in massive Californian waves. Brothers Max and Cole took episodic turns playing the main vocal role, with each passing track bringing a different functionality to the interchangeable pair.

Although their own material was holding its ground, a cover of The Libertines “Can’t Stand Me Now” was added to the evenings repertoire and went down very well. The adolescent crowd leapt up and down, clumped together like a school of floundering fish, to some of their biggest tracks “Figuring It Out” and “Miley”, along with other beautifully glitch-strewn songs from their third album ‘Drive North’ and previous work under their former title.

Finishing with (or so they thought) and dedicating the title track “Drive North” to the Welsh fans from Bridgend, Cardiff and Newport, Cole Becker flew into the arms of his admirers, announcing that Bristol claimed the “longest crowd surf he has ever done”.

After a strong response for one more song however, they returned with another cover of the classic “Boys Don’t Cry” in the wake of their Bestival appearance, where The Cure themselves would be headlining Saturday night.