<p>Bestival is a four-day music festival held at the Robin Hill country park on the Isle of Wight, England. It has... 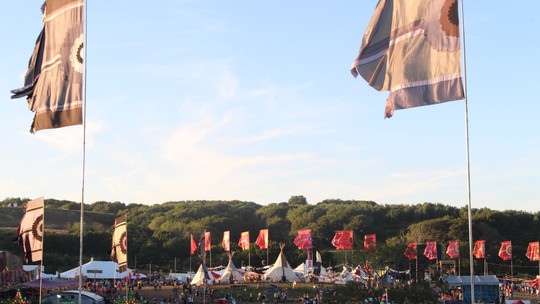 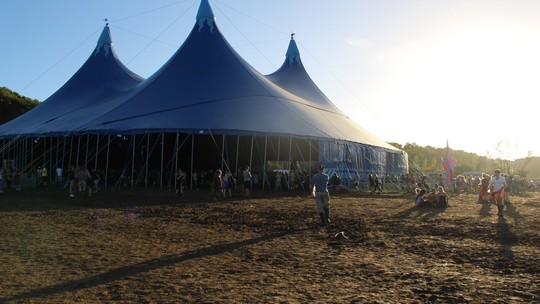 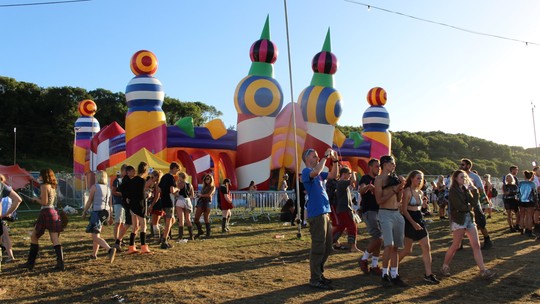 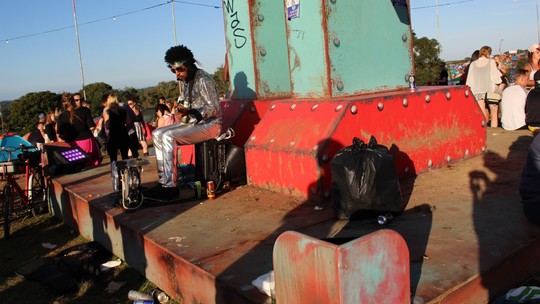 Whether you’ve just bought your first ever Bestival ticket or you’re back for a repeat purchase, the next step in planning your end-of-season festival experience is negotiating the travel. Whether you drive, take the train or hop on an organised coach, at some point you have to board a ferry (whose vehicle crossing prices will have been hiked dramatically over the weekend)-and if you leave it till the last minute to book your choice of crossing times will be pretty slim.

For this reason, our first act of Bestival 2016 was Thursday headliners Hot Chip. Post-cramming the tent into what seemed like the last available place in the entire country park, we headed to the arena, straight up the hill to the Big Top. A regular feature at Bestival, Hot Chip brought the hits to a rammed tent, with the already rather worse-for-wear crowd dancing to both originals and covers of both Prince and Springsteen.

Those who were in the Stardust Field mid-afternoon on Friday would have been treated to the delight that is The Cuban Brothers. Breakdancing, excessive fringes, an alternating overload of PVC and skin, this group pumped out the tunes as some sun began to break over the fields, and were the perfect guys to take up the slot. Who doesn’t want to start (or continue) their festival day in between nostalgic tunes being regaled with a fictional tale explaining an interesting paper-mache swan cup?

In the Big Top, Danish popstar MØ had the tent packed out, belting out hits both obviously known by the crowd, and some less obvious. How much of the setlist was really familiar to those watching was difficult to tell, however, as the crowd never stopped dancing.

Whether you knew a single Major Lazer song or not (though even the most chart-averse music fan would surely have struggled to avoid their biggest hits), it was impossible to not be swept up in the exuberant party atmosphere. It felt at times like the entire arena was bouncing. Some may have questioned their headliner status when first announced, but there’s no doubt the trio more than matched the occasion (amusingly Diplo’s hamster ball act is now so well known not a single audience member raised an eyebrow.

Rain was the plague of Saturday, with heavy showers overnight and some through the day causing major mud problems-exacerbated for many Bestival-goers by their inexplicable decision to bring no waterproof shoes. Walking through campsites and the scaled-down areas on the way to the arena (RIP Wishing Tree) you were accompanied by a soundtrack of dismayed wails from the under-25s who had braved the day in their converse/trainers/flip flops.

There was only one man who could bring out the sun for the day: Craig David. An unexpectedly excellent TS5 set saw him switch repeatedly from behind the decks to front of stage, his remarkable voice adding mountains to what could otherwise have been a fairly bland (though nostalgic) DJ set.

One of the undoubted highlights of the weekend were rapidly rising band Wolf Alice, who played the main stage in the late afternoon of Saturday. Energetic, aggressive and just downright exciting, it was clear for all to see why the quartet are one of the most raved about British bands at the moment.

While Bestival is known both for eclectic line-ups and the reverence of legendary acts, the decision to book The Cure for a 3-hour Saturday night headline slot was still a bit of a surprise. Even talking to lifelong, ardent fans, it was clear that many thought such an extended set would struggle to pull a consistent crowd, especially at the end of such a rainy, muddy day. Unfortunately, this was only one reason why the audience might have felt a little put off. A typically understated entrance was followed by quizzical looks, as the band started playing while the crowd around us waited for the sound to be turned up. The speakers were on, the instruments all plugged in, and songs could be heard-but no matter where we moved in the field it was a completely underwhelming experience. Sticking around for the whole set was in some ways worth it (‘Lovecats’ an obvious highlight), but ultimately the headline set felt like something of a disappointment.

Sunday’s closing main stage acts were announced late into the summer, with plenty of rumours surrounding the reason for the delay. Realistically, the joint booking of Sean Paul and Wiz Khalifa isn’t quite a match to previous Sunday headliners, and some have pointed the finger at this late and underwhelming booking as a cause of the reduced ticket sales seen for the weekend. The crowd for Sean Paul, however, is not to be sniffed at, and while problems with sound are still noticeable, the thumping bass accompanying a mix of both old and new tracks was enough to keep the party atmosphere up, along with some great use of stage and field lighting.

Tributes to Prince were scheduled throughout the weekend, as well as being featured in setlists-but if you missed any, the moist poignant was likely the Finale. A round off to the weekend, 2016’s brief show saw the Stardust Field bathed in a purple glow, a carefully put together montage on the main stage screens, finishing with Purple Rain and fireworks behind the main stage. It was a touching moment in memory of a spectacular artist who was so influential in inspiring both organisers and performers at the festival.

The finale over, but the festival still going strong, Invaders of the Future hosted Canadian punk band Pup. Blasting through the set with their usual energy, accompanied by singalongs and flailing bodies, it was the perfect end (for those of us who had to drive at least) to a wildly varied weekend.

After an excruciating return journey (though the pain was mostly self-inflicted), it was easy to see on reflection how some on site may have overreacted to some of the cutbacks made to the festival this year. Set against a backdrop of increasing problems across a market, the dampening of Bestival’s creative and exuberant spark is definitely a cause for concern, but with some amazing performances from such a wide range of artists throughout the festival, it could hardly be called a failure. Hopefully Bestival 2017 will return, even if it is a little smaller, to its previous flamboyant, exciting, unexpected self.