Bugged Out! In Dreamland

Over the past twenty (or so) years, BuggedOut! have well and truly cemented their place as one of the funnest...

Getting Bugged Out! (In Dreamland) 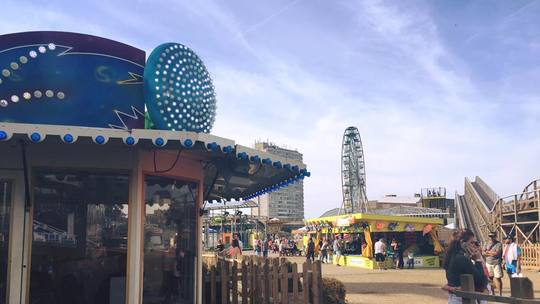 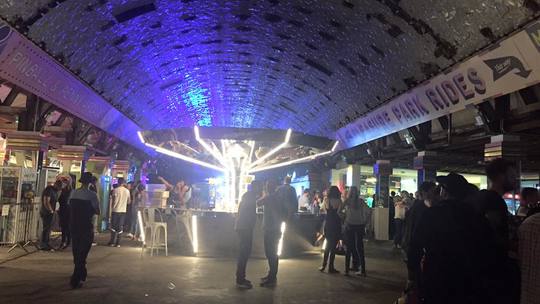 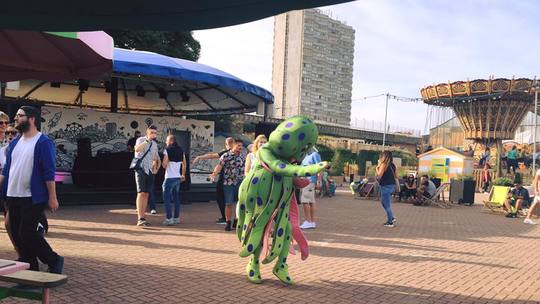 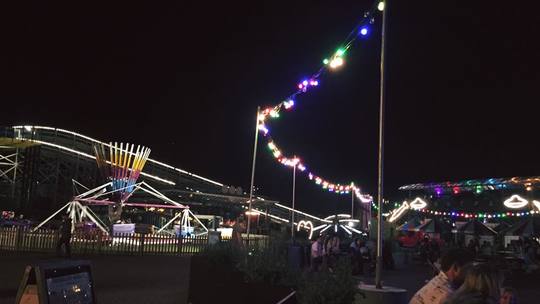 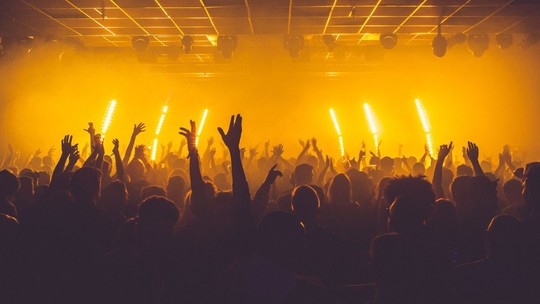 Arriving at Dreamland in Margate you could be forgiven for thinking you've fallen down a rabbit hole, with - at least for me - everything not being quite what I expected. The one-day festival took place on what was probably the last weekend of true summer weather and the sun was definitely shining down on Margate. An odd town, Margate is a mixture of pockets of vintage cafes and clothing stores as well as shabby Poundlands and some fairly bleak backstreets. It's delightful and full of unexpected surprises, such as the Old Kent Market which features an indoor double decker bus and what might be the world's tiniest pub (aptly named The Little Prince).

I mention all this because walking into Dreamland itself, I have to admit initially I was a little taken aback. The inside part of the venue is more vintage community centre than vintage theme park. Off to my right upon entering, behind a door marked 'Ballroom', I could already hear bass throbbing. Walking further in you come upon the main part of the indoor space, featuring an arcade (functioning, although no drinks allowed) and at the far end a 'Roller Disco' which is where the main acts performed. The problem is, with it being such a beautiful day outside, this dark and slightly shabby indoors wasn't exactly inviting.

However, it was when you went out into the theme park properly that Dreamland really took on it's charm. The theme park, which was slightly bigger than it would appear from the outside, featured a range of different rides that you could go on for free as well as an outdoor 'bandstands' area where different DJs performed throughout the day. These acts added a real sense of atmosphere to the park itself and allowed you to feel like you could sit on the ferris wheel or be thrown upside down by the 'Top Spin' without ever losing the sense of the music. Although the rides definitely wouldn't exactly have Thorpe Park shaking in their boots, the lines were always short and, to a Londoner, the beer was gratifyingly cheap.

We spent a lot of the afternoon outside, eating very old-school burgers (no fancy paella stands or gourmet hot dogs for this festival) and listening to some great minor acts. Although I ducked inside frequently to catch parts of Jesse James and Artwork, I bid goodbye to the sunshine truly when I headed in for Jackmaster. And boy was I not disappointed. I have to admit of all the acts I wanted to see, he was actually the person I had been most looking forward to and his set was nothing but pure joy for me. Despite playing to what was a surprisingly small crowd, it would appear that Jackmaster enjoyed performing at the festival almost as much as I enjoyed having him there, later tweeting 'Bugged Out at Dreamland might be my favourite festival ever'.

His constantly changing and shifting beats and rhythms had me glued to the dance floor, unable to be pried away despite the attempts of who I was with. As the sun set it was just a series of one great act after another for me, Ben UFO, Groove Armada and then the frenetic fun of the Martinez Brothers. When I asked the person I was with to review what they thought of the Groove Armada I instantly got back a message saying 'Superstylin!!!!' with a range of happy emojis. Of the line up I probably wasn't alone in being most familiar with Groove Armada's discography and hearing those mixes live was an absolute treat. Later into the evening the crowd I have to admit got a little ropey, with canisters littered beneath our feet, but the Martinez Brothers' fast-paced sound kept the audience happy and hypnotised. In the dark the shabby indoors area had shifted, with blue lights reflecting off of a disco ball onto the half ruined ceiling overhead.

I asked a lot of people I got chatting to that day what they thought of the festival and I received a range of responses, but my favourite summary of the day was 'thrills, spills and pills'. Bugged Out! In Dreamland was a strange mixture, with people ranging in all ages as well as the venue itself, but over all despite the festival being a little rough around the edges - at the end of the day, it's charm certainly won out.