The Computers Return With 'Birth/Death' 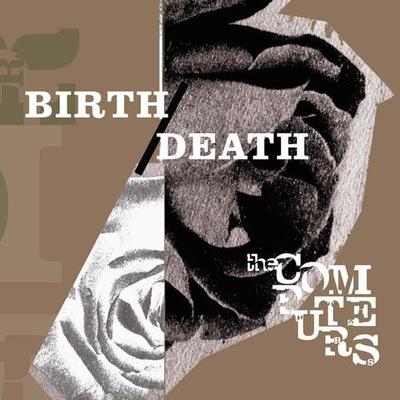 Exceter based 5 piece The Computers are about to release 'Birth/Death'. The Computers are made up of Alex Kershaw on lead vocals, and guitar, Fred Ansell on guitar & piano, James Mattock also on guitar, Thomas McMahon on bass guitar and Aidan Sinclair on drums.

I got a cheeky listen to their new album so here are my first impressions... a mix of rock, indie and hardcore punk, the album moves away from the latter.

Opening with the title track "Birth" a whole 1 min 42 seconds long it includes meaningful lyrics about coming into the world and leads onto a more upbeat track "Want". The news here's the blues, a little bit funky and sounding a little like 80's God Dr Robert.

"This Ain't Right" is another upbeat melodic tune with some great vocals and lyrics, slowing it down again is "Mother", but not so slow you will fall asleep and again outstanding vocals and guitars.

"NYE" begins with a piano but soon turns it up again with some bass and drums and some heartfelt lyrics. "God Only Knows" is again full of great melodies and lyrics, this definitely moves away from the hardcore punk image which in my opinion can only be a good thing.

The remainder of the album is made up of a similar vain with tracks "Pound for Pound", "Weighed Down", "Crucifixed On You", "Little Death" and "Bad Wolf". All in all a great album and one which I will be listening to in my car as it features great tracks for driving to.