The Mouses Are The Big Cheese! 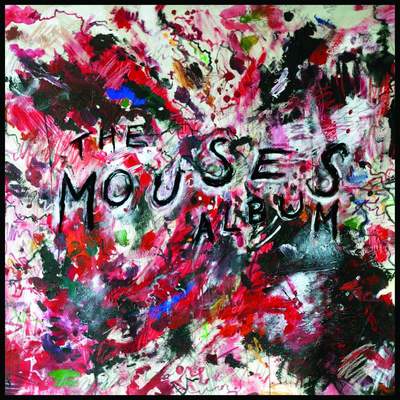 If you like your punk gritty, authentic, tuneful, hooky, lo-fi and sprinkled with feedback then you will definitely love this awesome little album. Parts of it reminded me of the Strokes but with a British twist. Having listened to this album I am now very disappointed that I didn’t get to see them on the BBC Introducing Stage at the Leeds Festival. John Peel would have loved this Billingham band. The subject matter of some of the songs makes you think that they might not work but oh boy they really work well. I’m talking “Psycho” and in particular “Algebra”. What a delicious earworm of a hook that last one has.

Any band that can work the phrase ‘existential structure’ into one of their song lyrics is more than alright with me. The fuzzy, garage rock vibe of “Icarus” succeeded in transporting me back to those late 70's days of the first flush of UK punk music. Whilst the Mouses have a very DIY sound they are far more than one chord wonders. On the second and third listen I was also thinking of early Ash and another classic Irish band the Undertones.

The band is Steven Bardgett on guitar and exquisitely original vocals and Nathan Duff a very accomplished drummer who could be channeling the late, great Keith Moon when he really rocks out. I am sure that as they are a duo consisting of guitar and drums they will often be compared to the likes of Royal Blood. That would be unfair as the Mouses have a very different sound and it is definitely possible to be a fan of both bands. “Green” is one of the singles released from the album and is currently my favourite song on the album. The video to accompany the song is a lot of fun as well. At times it sounds like there are multiple drummers on this track and Bardgett’s raw vocal must have left him with a sore throat. I can also imagine that their live shows are incredibly energetic based on simply listening to them.

The album is perhaps unoriginally called ‘The Mouses Album’ but do we really care about that? Of course not, it does exactly what it says on the tin (or the album cover) in that it is an album by the Mouses. I love the fact that every one of the ten songs has a one word title too. If I had any complaint about this fabulous long player is that it is quite short. But that is easily resolved, just play the damned thing again! Now I really want to see them play live!