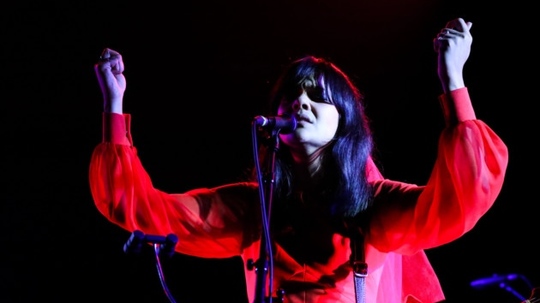 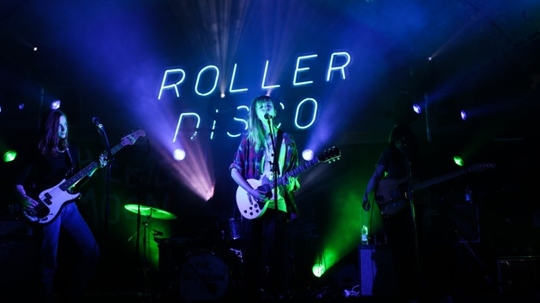 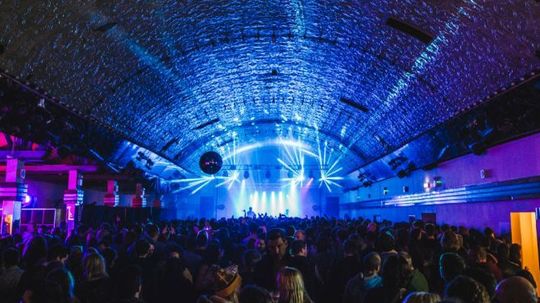 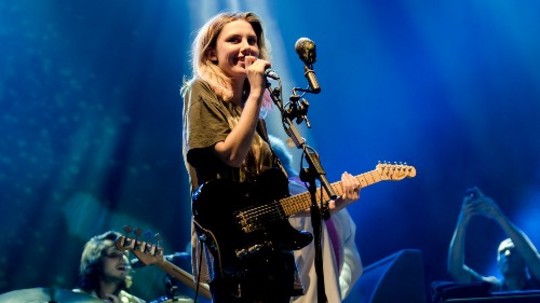 The proclaimed ‘Shoreditch-on-Sea’, Margate played host to the second By the Sea festival at the nostalgia-inducing Dreamland.

Within the recently renovated funfair, By the Sea is the brainchild of Moshi Moshi Records. This year’s event was an expansion on its debut, with the airport-hangar-chic Hall Stage a new addition to 2015’s site. Previously the Hall has held gigs from ‘where are they now’ acts such as The Who and The Rolling Stones, and its tasteful rejuvenation is reflective of the gentrified-by-numbers town in which it’s located.

It was Wolf Alice who had the privilege to headline the Hall’s first Saturday night in years, which fittingly was the London-based four-piece’s first festival top billing. Bassist Theo Ellis admitted that the show “is our last in a long while” - the group having seemingly been on tour non-stop since the release of 'My Love Is Cool' in mid-2015.

There were however no signs of fatigue, with Wolf Alice’s part-grunge-part-indie sound now highly refined in the live setting following substantial honing on-the-road. After a slightly subdued start due to some malfunctioning speakers, Nigel Tufnel was channelled in time for heavier numbers such as ‘Lisbon’, ‘Your Loves Whore’ and ‘Bros’. Hearing them at anything less than eleven would be an injustice.

The same wouldn’t apply to fellow Hall Stage performer Bat for Lashes, who has a much softer, more melodic approach to music. The thrice-Mercury nominated artist continued the tour of 2016’s 'The Bride', clad in veil and armed with bouquet (later thrown into the audience via a deflection from the stage lighting).

An album with such dark content wouldn’t usually present a theme readily associated with a festival, but with By the Sea taking place on a wet day in October rather than a warm, sun-kissed July weekender it seemed fitting. As it is on the record, ‘Sunday Love’ was The Bride’s best track in the live environment – its quick, processed-sounding beat a brilliantly unorthodox base for Natasha Khan’s stunning vocals.

The Roller Disco was headlined by Australian trio Jagwar Ma, who dipped into debut release, 'Howlin', and impending second release, 'Every Now and Then', for material and inspiration during their hour-long set. Fan-favourites such as ‘Man I Need’ and ‘Uncertainty’ were rattled off with aplomb, with newer numbers (‘Give Me a Reason’, ‘O B 1’) entwined effortlessly amongst the set-list. Initial omens for Jagwar Ma’s sophomore effort are looking good.

Since bassist Jack Freeman became a permanent fixture as the group’s third member, their live show has been able to have a more intense element to it – Freeman’s addition to producer Jono Ma’s rhythm section helps to extend certain tracks (most notably ‘Come Save Me’) from short pop efforts into fifteen-minute long explorations into obscure rave music. Maintaining their aura of unpredictability ‘til the end, Jagwar Ma welcomed Tame Impala’s Jay Watson to the stage as rhythm guitarist for finisher ‘The Throw’.

Australia’s Kent invasion has begun, and By the Sea’s bid to extend the UK festival season into Autumn is gathering honourable momentum.