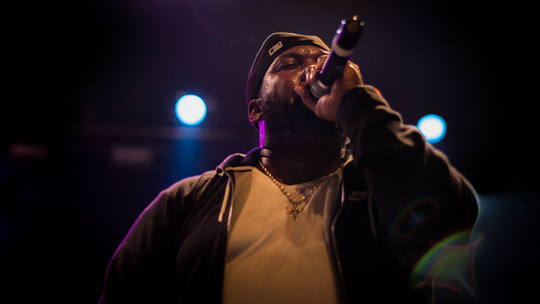 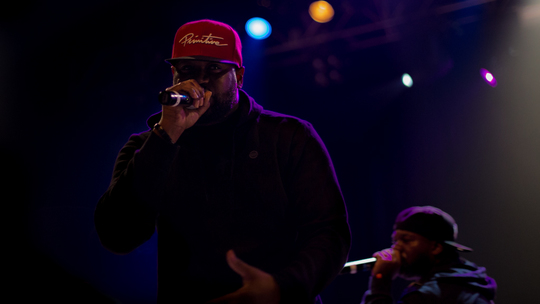 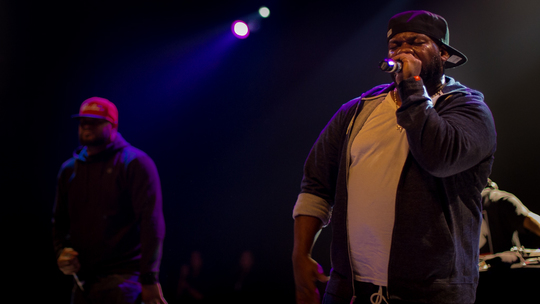 It was the first time the UK would see the two perform the album alongside other Wu classic’s at the O2 Forum Kentish Town and the excitement was building. Pre-show drinks proved this in the neighbouring pub, “I remember listening to the album when I was 11” one fan stated to his mates, whilst bubbling with enjoyment. Anoraks, back-packers and die-hard fans gathered debating each other's experiences of Wu Tang’s extensive catalogue of albums and artists.

Raekwon and Ghostface Killah brought this highly acclaimed album to the Forum in Kentish Town, courtesy of Soundcrash, known for putting together shows with attention to musicianship and innovation. Supported by The Mouse Outfit, the UK hip hop ‘super group’ from Manchester.

DJ Mr Thing opened the night mixing an array of hip-hop gems from across the years, alongside some heavy tracks sampled by some of the most pioneering producers and the crowd that was slowly building, showed their appreciation. It’s real nice to hear a DJ actually mixing and in a crafted way letting you know that this was a night for real ‘Hip Hop Headz’.
Represented by Sparkz, Truthos Mufasa, Black Josh, Fox and backed by their DJ, The Mouse Outfit were clearly more of a bonus than a support act. With their head-nodding infectious sound, these guys are definitely a favourite of mine and tonight they gave a good portion of material for any fan or newcomer to groove to.

After a brief warm-up from their DJ, Raekwon ‘The Chef’ strutted onto the stage in signature laid-back style and with the ‘Knuckleheadz’ beat booming, gave us his story-telling, raw hip-hop delivery. Anticipation built as the DJ laid down ‘Criminology’ and Rae’ introduced Ghostface Killah. With phones and hands in the air, the crowd went wild and from there pretty much stayed wildin’ out all night. The two managed to squeeze-in some Wu classics and brought two audience members up on stage to perform the verses of Method Man and ODB on the Wu-Tang hit ‘Protect Ya Neck’. For the fans, it was a special rare occasion to witness 21 plus years of hip hop greatness from two members of the biggest rap group on the planet, who have established their own careers whilst maintaining their ’36 chambers’ foundation.