It Took Me So Long To Get Here, But Here I Am 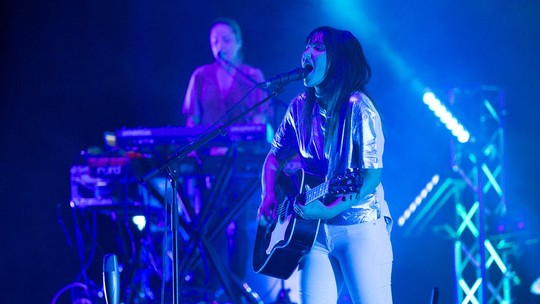 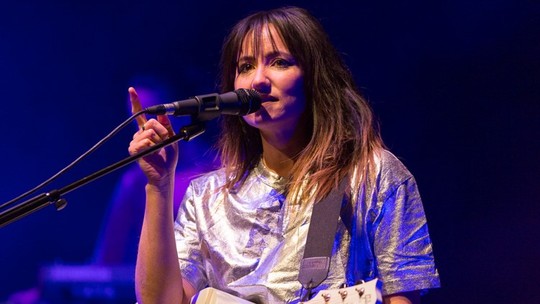 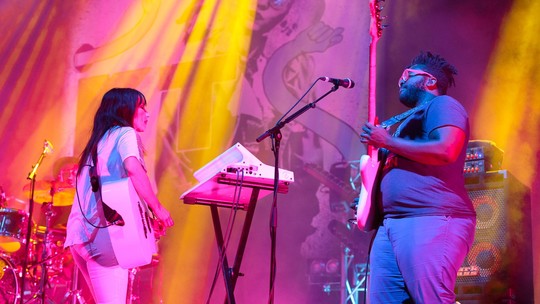 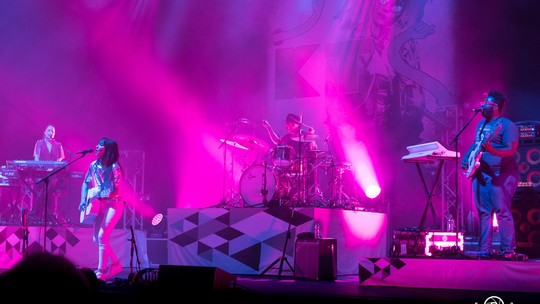 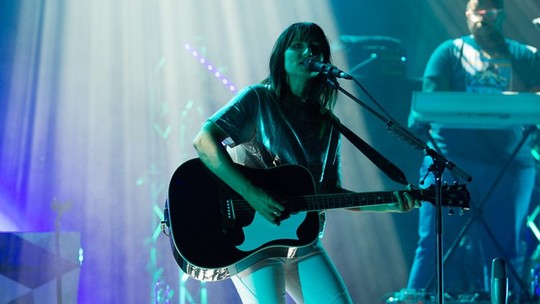 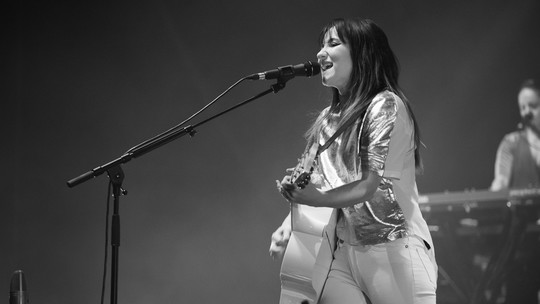 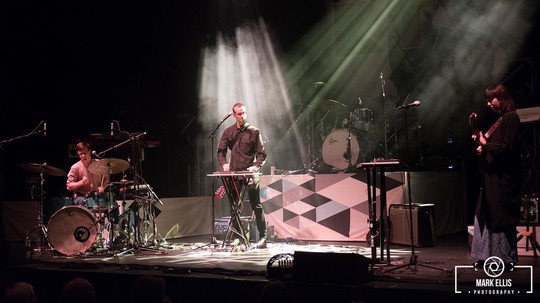 On a cold November night York Barbican had a sell-out crowd for KT Tunstall and her support band Braids. It seemed that Bonfire Night was a far away second to tonights entertainment and the crowd were in good spirits.

Speaking to the KT faithful as they came in it appeared that very few had heard of Braids or their thoughtful ambient pop/rock. Their set however was greeted with worthy praise. Hailing from Alberta, Canada the trio are currently promoting their EP 'Companion', a follow up to last year’s studio album 'Deep in the Iris'. The haunting voice of Raphaelle Standell-Preston soon warmed up the crowd providing a fitting start to tonight's show.

After the usual theatre call of “please take your seats tonight’s main performance will begin in 5 minutes” KT Tunstall and her band took to the stage and boy is this girl back on it. The show took the form of anecdotes and good old fashion audience banter interspersed with some of the tightest performances of any band I have seen for a long while. The set comprised of showcasing songs from her latest album 'Kin' alongside tracks drawn from her back catalogue and of course the big hit singles.

Bouncing onto the stage like a modern day Suzi Quatro she brought the all seated house to life and her infectious energy draws you in to the point where, yes, I did get my mobile out, just like she asked, during ”Other Side of the World”.

The audience were encouraged to check out her videos on youtube and we were treated to the stories behind the filming in particular “Hold On” – check out the handsome dancer ladies and her audition for Game of Thrones (at least that’s what she hopes) in “Invisible Empire”.

The inevitable “Black Horse and The Cherry Tree” was soon upon us and not to disappoint the band left the stage so we could bask in its full glory... except... oops... the “wee beastie” and KT were not in sync. Not to be phased we were treated to the 12’’ version as KT got back in sync, bantered with the audience, and then triumphantly finished the song.

Other highlights of the show included 2 songs from her latest album, “Hard Girls” and “It Took Me So Long To Get Here, But Here I Am”.

KT Tunstall is indeed a true professional and so down to earth that you leave her show with a true feeling of joy. We are not sure where you have been but we sure have missed you KT.
The sassy Scottish songstress is back with a bang...