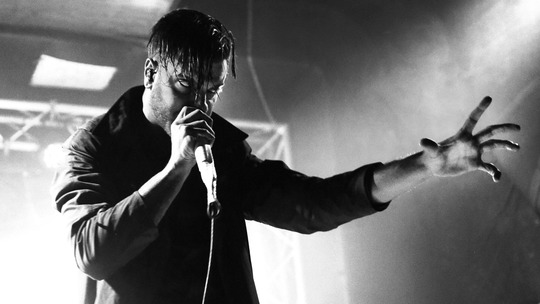 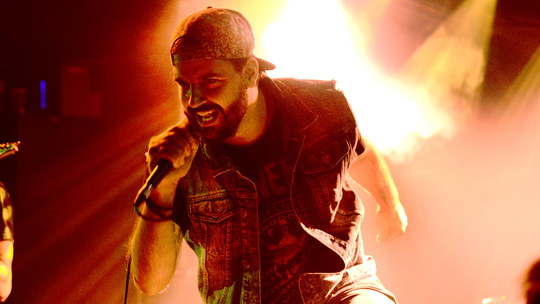 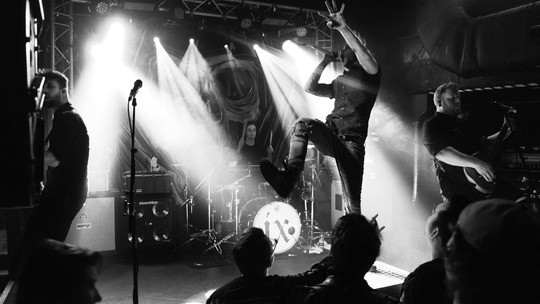 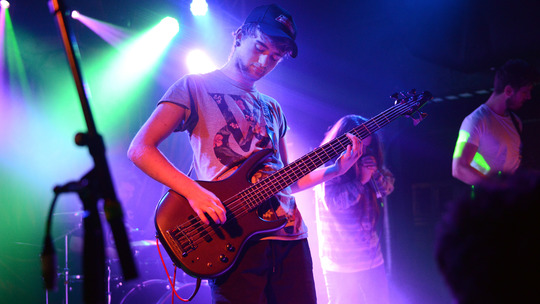 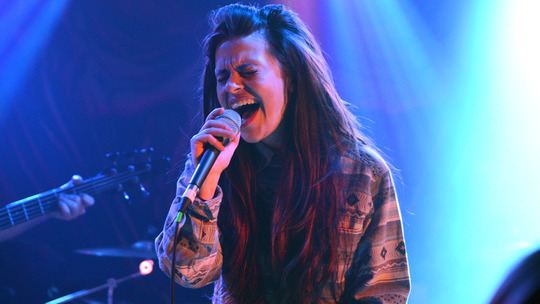 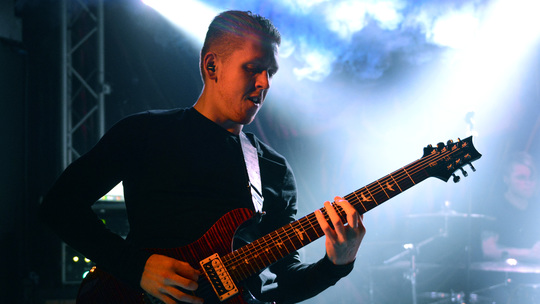 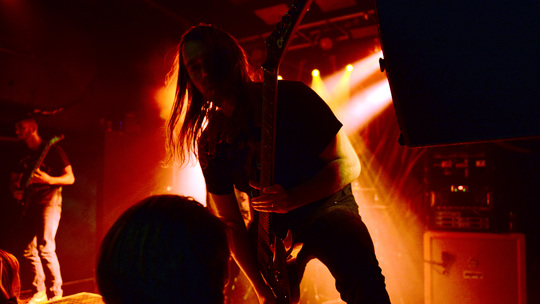 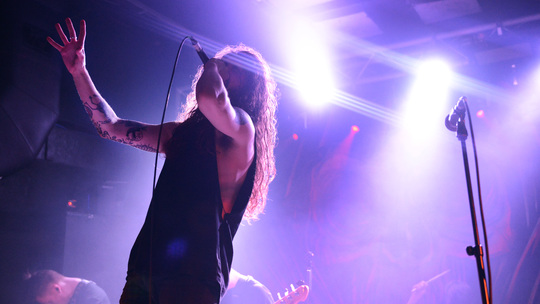 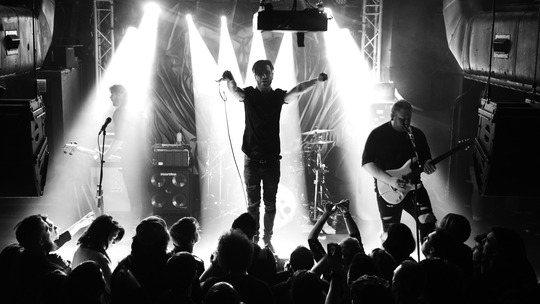 This being the metalcore quartet’s first ever visit to the United Kingdom with their Hostel Takeover tour, Ice Nine Kills certainly intended on taking in the sights, sounds and pure passion that pumped through the country. So naturally, playing on a boat venue to a few handfuls of fans must have been quite a different experience in comparison to their usual routine of selling out events and playing large stages.

The Thekla in Bristol however, has accommodated a countless number of musical acts from every genre and subgenre imaginable since its beginning and let’s be honest, what band WOULD turn down the opportunity to play their music in the belly of a docked boat?

The winter winds lingered which made casual loitering nearly unbearable, pushing everyone up the ramp and through the doors without a second hesitation. Inside however remained warm and toasty for the evening, retaining the built excitement for the headliners and their support acts without fears of any distraction.

Local band Vidorra were on first and revealed dainty Lauren Figurski as their vocalist. Their music rang out with that happy go lucky attitude that shadows most pop punk rhythm signatures, entertaining friends and early bird gig goers alike. Full of charisma and energy, the frontwoman did the majority of the talking through their show and continually attempted to get people involved, finishing off with a pint-sized crowd surf and a sincere thank you.

Shields have developed a habit, like most in their field, of providing ethereal harmonies over bone crushing notes systematically struck to purely provoke pandemonium. Unfortunately their lighting and sound levels left something to be desired, with a more or less blacked out stage followed by systematic blasts of red and a main microphone that blew out any chance of distinguishing lyrical content.

Flexible guitarist George Christie (Belial) however, stood in for their six string companion while Sam Kubrick laid out his impressive singing skills, occasionally throwing himself around the tiny stage with the elegance of a moshing ballerina.

The time arrived for the Americans to claim the stage with maiden-esque metal named Affiance. Different to their predecessors, Dennis Tvrdik had anything but your typical mundane band commentary to offer, repeatedly (and explicitly) briefing the audience on his current stance on the American election (as well as his recent affection for Bristolian architecture).

“FIRE”, from their latest album ‘Blackout’, was released to run riot with soaring vocal highs and solid choruses as the rigging lights imitated flames bouncing off the musician’s backs. The continuing technical onslaught drew a breath of fresh relief from the crowd (who initially were left puzzling as how their genre amalgamation would sound), triangulating the excitement for the Thekla’s final destination of the night.

The run-up to the main event had been exciting but relatively muted up to this point and with their brand of post hardcore and raging riff chugs raring to enthral, all that was needed was the predictable lowering of the stage lights to invite out the nights deadly finale. Again however, the musician’s physical appearances were difficult to discover due to the lights never returning to their full strength, but the band certainly had their own priorities in order as they thundered about and bang into the evil verses of “Communion of the Cursed”.

Becoming quickly established with the release of their debut ‘Last Chance to Make Amends’ in 2006, the Boston-based four-piece have since written four more albums that have magnified their talents and their mutation of twisted, satanically dark forms of metalcore with clean and on-and-off religious references.

A fitting example of such was their live performance of “The Fastest Way to a Girl's Heart Is through Her Ribcage” and “Connect the Cuts”, which had all members stamping the stage in repeat fixation. Spencer Charnas had an air of malevolence circling him as he harnessed dark forces and wielded a monstrous scream and well-controlled singing voice, sweeping the relatively young teenage audience off of their feet.

Although catering for a younger and smaller group of spectators than previously anticipated, Ice Nine Kills still came through emptying both barrels and firing raw melodies and burning breakdowns leaving people no more alive than the walking dead they had become.