White Lies 'Friends' Not So Friendly 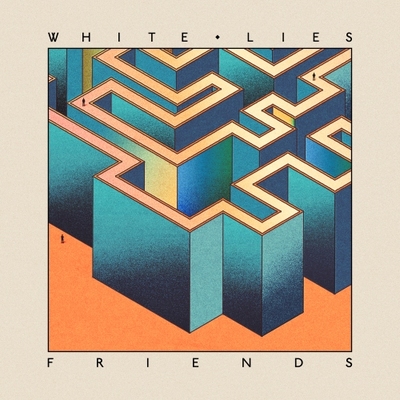 White Lies hailing from London have delivered exceptional material and some right good belters ever since their debut and astonishing 2009 album 'To Lose My Life'. Songs such as "Death", "Farewell to the Fairground" and "Unfinished Business" have really stuck with me throughout the years.

White Lies second album 'Ritual' produced fantastic songs that were on par with "Unfinished Business" such as "Bigger Than Us" and "Holy Ghost", however; it was in 2013 with their third album 'Big TV' where it all started to go downhill. Now in 2016 with the release of their fourth album 'Friends' it appears White Lies are stuck at the bottom.

Listening to the album on repeat, I felt all the songs moulded into one and was somewhat disconnected from the listeners ear; ultimately feeling like background noise. If I'm being too harsh here, there was one song on the album that gave me some hope - "Summer didn't change a thing". This particular track is upbeat and thought provoking, much like the key to White Lies successful material. With this in mind it makes me think- "Why didn't they stick to this formula when writing and completing this album?". Maybe they did and it just didn't work this time.

It's a pity that such an incredible band who produced material that really connects with the listener and is placed in the music memory where songs can trigger feelings and memories, to an album that feels more like a filler and not so enjoyable background noise. I may sound like a pretentious music snob when I say "I prefer White Lies old material" but it's true.