"You Can't Joke A Joker" 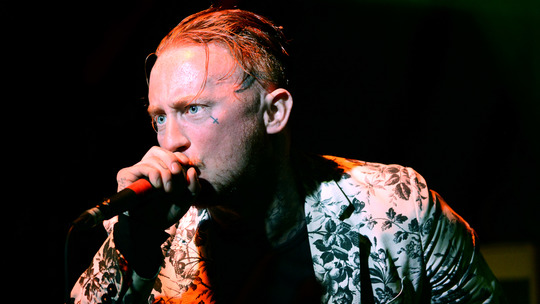 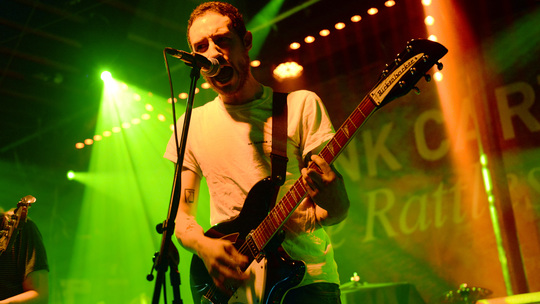 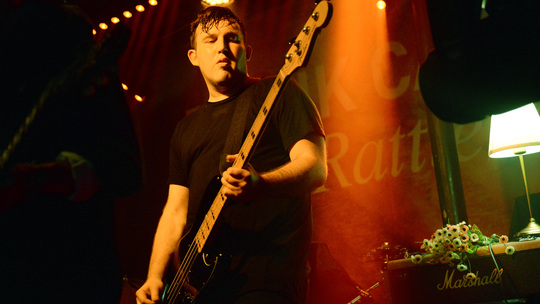 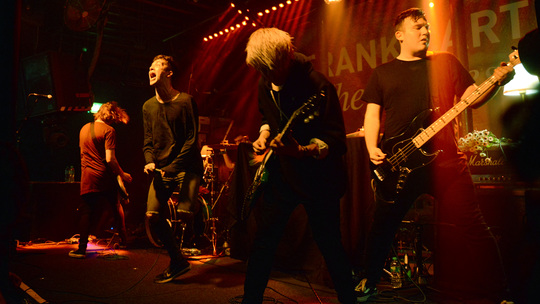 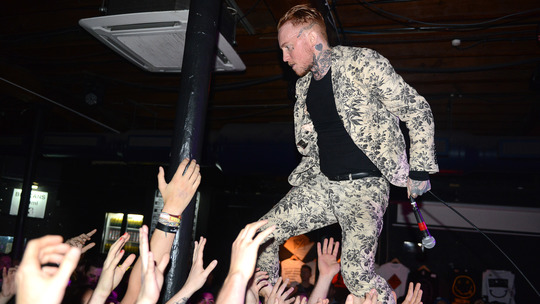 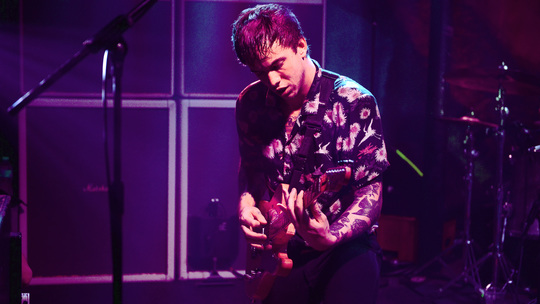 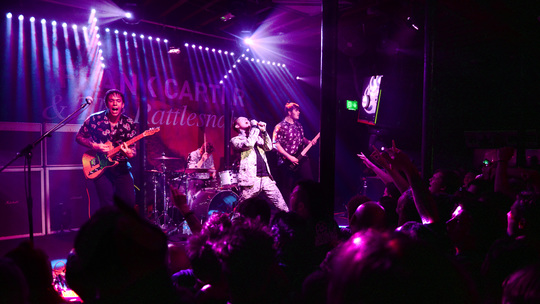 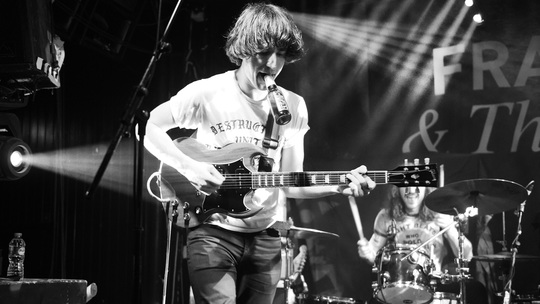 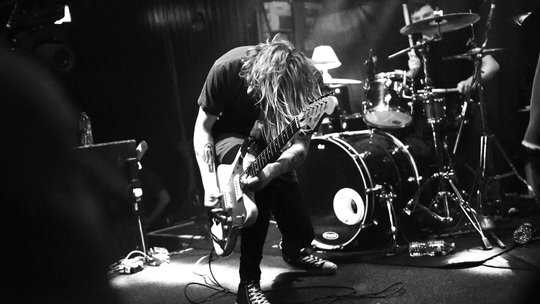 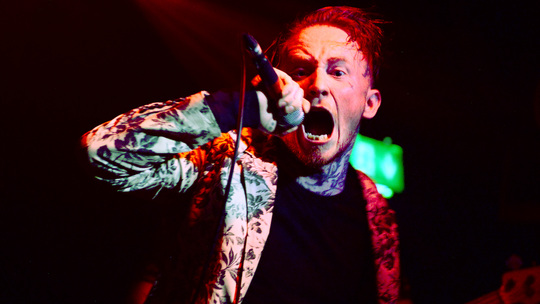 For a band such as this, it would not be the same if their near sold out November tour had consisted of arena dates instead of the tight venues the musicians grew to cherish over the years. The Fleece in Bristol however, had been frequented by Mr Carter in the past and the owners had learnt their lesson, removing anything climbable from the vicinity (other than the fans themselves).

Openly stating that the three-piece had suffered the irritating itches of a misspelt title since 2012, it was quite difficult to mistake their sound for anything other than solid indie pop.

The MVPs were first to bring some top quality music to Bristol and cutting a long story short, they were very entertaining to witness. The female bassist had a steely determination in her face as she jerked her head back and forth, plugging at thick notes as their two guitarists strummed catchy rhythms and rocked their heads side to side in an amusing manner.

Dead! were their unusual fantastic selves and needed no production distractions like intermittent changing lights, relying solely on their talents as musical performers and entertainers. Singer Alex has always had a fantastically rubber face, pulling the most interesting faces as he successfully serenaded the onlookers with his slurred singing style.

After an impatient wait, the Rattlesnakes revealed themselves and quickly committed to some necessary fine tuning. Completing the entourage, out walked the head of this mighty snake, a copper headed punk paragon in his sublime nettle embedded suit (which suitably personifying the singers undeniable sharp edge and sting to his genre).

Everyone had come to expect some close contact with the frontman from previous experience and it was not long before he reached out with eyes wide, hammering the stage boards with one foot and steadying himself on the barrier bar to walk over the many hands raised to quite literally support him.

A lot of comedians had decided to attend as pockets of random hollers brought humour to the limb-flinging show. The conclusion of the first of many crowd surfs sparked a fan to shout “that’s the most ass I’ve ever grabbed”, meeting a quick-witted “virgin” reply that showed the singers recognition of fellow jokers.

An unexpected series of events occurred that had every dweller take a seat for an intimate rendition of “Beautiful Death”, based on the death of his wife’s father and how his daughter would never meet the man who had waited so impatiently to meet her.

Another moment difficult to forget was a very physical statement for women in the punk rock world. Ordering that no men receive crowd surfing privileges for a number from their album ‘Modern Ruin’, set to be released in January 2017, he made a firm statement that “I want my little girl to grow up in a world where female equality is expected in punk rock”.

Their mammoth track “Juggernaut” escalated into a pure Armageddon of adrenaline-fueled chaos, passion and intensity. The rattlesnakes should not be forgotten however as they injected their deadly venom into the compact room. Dean Richardson was an absolute machine on his six strings, bouncing around and dropping to his knees in a distorted euphoria.

His understanding of crowd control (and notable admiration for the disorder and anarchy directed) was strongly exemplified, creating large pauses in between songs, giving seconds to lower the energy and leaving the crowd leaning forward and anxiously waiting for him to pull the trigger, before blasting the energy back up to its fiery peaks.

When their encore had begun conversely, the frontman seemed to have bitten off more than he could chew. “Devil Inside of Me” and “I Hate You” had ripped the first few rows up into such a frenzy, they leapt up on to the stage itself to seriously headbang with the headliners. Shortly after though, the song was brought to a sudden halt, leaving the English man to grudgingly admit that “this is a 450 capacity venue but not on the f***king stage”.

Issuing out the final acknowledgements to the listeners, family and the snakes themselves, the battered men and women quickly filed out into the cold to recoil in sweaty surprise and spark up a cigarette to mentally relive the last few hours of the most memorable night.