The Spiritual Revival Of Elvis Presley 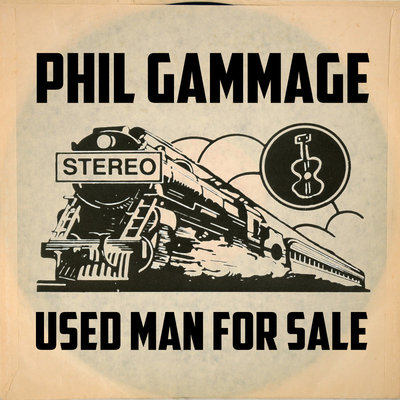 Call him the Elvis Presley of contemporary Americana.

Born and raised in the state of New York, Phil Gammage has accomplished breathtaking things during his tenure as a musician.

His seven solo studio releases were produced mostly by himself, requiring minimal assistance with all steps of the process. His work has been used in major film and television projects (they could possibly be tunes you find yourself whistling or humming throughout the day), and has appeared in several "Best of 2014" lists internationally.

Phil's eighth album, known officially as "Used Man For Sale," a 2018 Grammy entry in the Best Americana Album category, humanizes blues and figuratively holds your hand while listening to its tracks.

"Arms of a Kind Woman" draws you in with a harmonica playing. Phil's tessitura tenor sets a solemn mood: a derelict sitting alone in a dimly-lit allerway questioning his fate. He peers out at the nearby street on the other side of a fence, hoping someone compassionate (preferably a woman) notices him and empathizes with his regrets. His optimism wanes, as "all the flowers begin to die, and the midnight train rides its tracks where there's no turning back." At this point, the swift piano keys and declining energy in Phil's voice symbolize reluctant acceptance of his current life situation.

"Maybe Tomorrow" holds onto the glimmering pipe dream that he'll "find his way" and meet a companion. Phil's vocals borderline a baritone register while he deplores his life story. The background piano plays more slowly this time. This song unleashes the true blues vibe embedded in "Used Man For Sale."

In "Before I Leave," Phil decides to leave his baggage behind, board the next train, and start a new life elsewhere. The song eliminates the piano, substituting it with a more prevalent blues aura. It serves as an interpretation of establishing new identity.