The Hamburg Demonstrations Prove Pete Is Still An Albion Fan 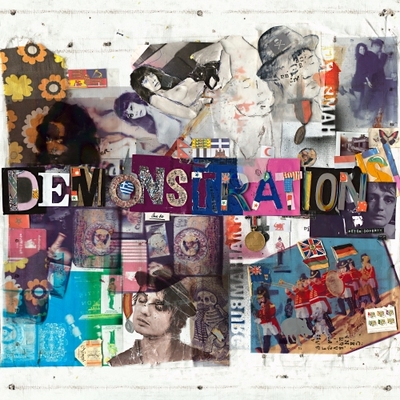 Pete Doherty came to prominence in a band that was formed nearly twenty years ago and had perhaps their greatest success in the early 2000's. If you are reading this review of Pete Doherty's new solo album then I suspect that you may already be a Libertines fan. I have so far seen the Libertines twice, once with Pete as a member and once without him. Personally I feel that they are a very good band. But the level of greatness bestowed upon them by many in the media; 'the greatest band of their generation' and so on. Well I don't buy that. However I do believe that Pete Doherty is a unique talent and I always felt that solo and with Babyshambles he outshone the Libertines.

'Hamburg Demonstrations' is the name of Pete's new album and it feels very much like a European album to me , but one that still retains Pete's quintessential Englishness. As expected for someone who has been producing mostly excellent tunes for years and is heading towards being a forty something (bloody hell that makes me feel old) it is a very confident and mature album. This Doherty bloke still understands how to put an ear-worm together and this long player is full of them. Most notably "Hell To Pay At The Gates Of Heaven", "Oily Boker"and the album opener "Kolly Kibber". I must confess that at this stage I have no real idea what the latter two songs are about, but what I do know is that I love them both.

I think this album and possibly a new Libertines record next year will put Doherty back into the press for the right reasons rather than focusing on his well documented drug addiction issues. In spite of all that he is a very talented songwriter and musician. My current favourite from this collection is "I Don't Love Anyone (But You're Not Just Anyone)" although this is now my third end to end listen of the album and it has changed each time. Incidentally and interestingly that song features twice on the album.

There is a really strong acoustic thread running through this set of songs and I think to hear them in an intimate club with just Pete on an acoustic guitar would be a very special experience. "A Spy In The House Of Love" retains what is supposedly the demo vocal track and it works incredibly well. It takes a confident performer to do that successfully. Pete was a great choice to play the reopened Bataclan in Paris around a week ago where he was joined by his Libertines compadre for a rousing and emotional take on the French National anthem.

So in summary if you are a Libertines, Babyshambles or Pete Doherty fan already you will probably love this album. If you have never seen yourself as a fan of any of them you really should check out 'Hamburg Demonstrations' it is a truly excellent album and for me compares very well with everything else Mr Doherty has recorded. Pete is playing a couple of shows in London and Manchester in December. I suggest that you try and grab a ticket if there are any left!