Ready For A Magic Carpet Ride With Shaman Elephant? 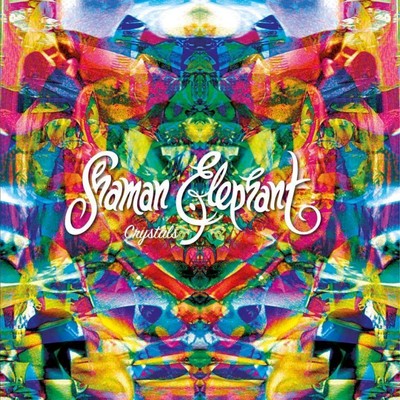 In the typical hyperbolic language of press releases, Shaman Elephant describe their six-track début album as a psychedelic magic carpet ride across a diverse musical landscape. What would such a flight look like? Fasten your seatbelts and prepare for takeoff...

The title track is all about getting high as a kite, with a danceable rock rhythm that suggests the band were seeing fairies wearing boots when they wrote it. We then hit cruising altitude with 'Shaman in the Woods', its interludes of gentler guitar and electric piano alternating with harmonised twin lead vocals over prominent bass to create a sense of other-worldliness and its theme of meeting some magical character harking back to Heep's 'The Wizard'.

'IAB' steers straight into turbulence. It's short and lyrically simplistic, with fuzzy guitars and shouty vocals that bring The White Stripes to mind. In short, it has the hallmarks of a band dumbing down for radio. One can only hope that having described themselves as progressive rock, Shaman Elephant will eventually become more associated with the songs that fit that description better.

With 'Tusco', we climb back up towards the stratosphere. A hypnotic, jazz-tinged instrumental with an atmospheric piano intro that recalls Gillan's 'Fighting Man' followed by interplay between guitar and saxophone, this is a tune to sit back and get lost in.

Seeing that the next song is called 'The Jazz', you might expect to carry on in a similar direction. A strongly Sabbath-influenced intro soon gives the lie to that. It's not clear what this track has to do with jazz at all, unless it came out of an extended improvisation. Psychedelic guitars and Hammond kick in and build, before an abrupt switch to a quiet interlude and finally back to the Sabbath-like guitars. The 70s prog bands by whom Shaman Elephant claim to be influenced would surely have divided a song like this into 3 or 4 movements.

Unlike a flight, however, this album ends on a high. Well, it would have to with a closer called 'Stoned Conceptions'. Another sprawling epic, this begins as slowly as you'd expect a song with that title to start, but then the riff seems to grow in size as if it's got the munchies. The chorus sees vocalist Eirik Sejersted Vognstølen drawing inspiration from Robert Plant in the way he lets rip on the high notes. Just as it gets overblown, there is a switch to a gentler guitar riff that slowly builds, before keyboards and guitar take turns in the limelight - a practice drawn from Deep Purple, but here the guitar is fuzzier. It's so easy to get carried away here that the unexpected finish is a bumpy landing. One might expect a magic carpet to manage transitions more smoothly than Shaman Elephant do, but 'Crystals' is full of promise for the next leg of the journey.