What Do You Do On A Saturday Night? You Go To A Metal Concert & Drink Beer! 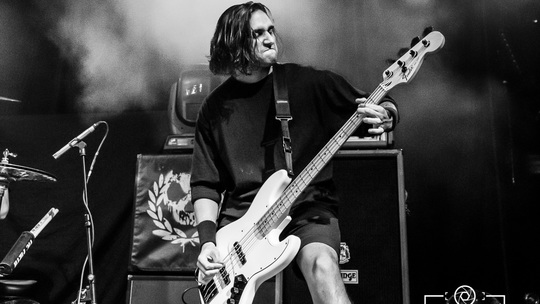 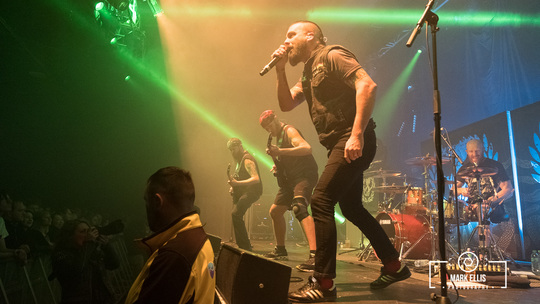 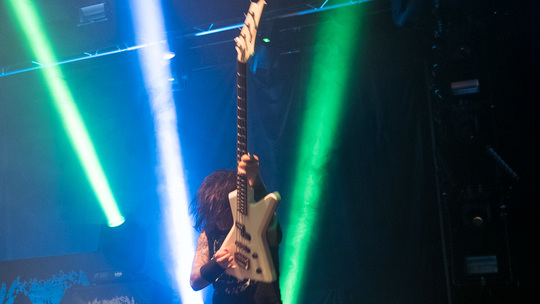 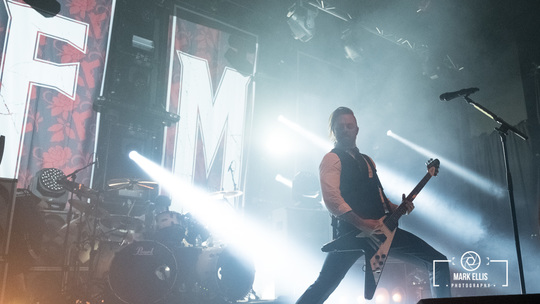 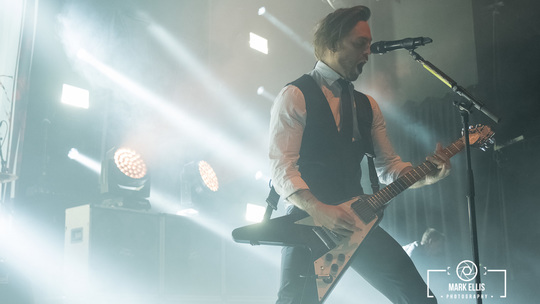 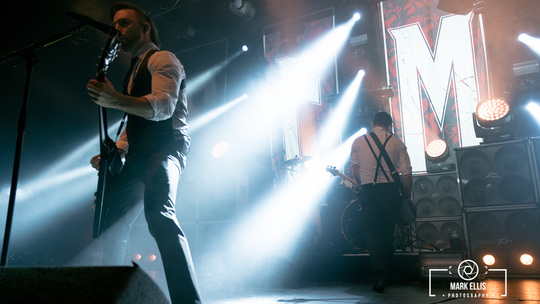 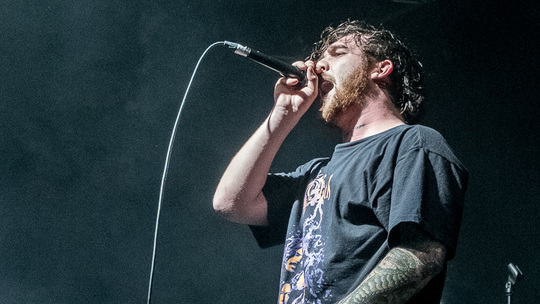 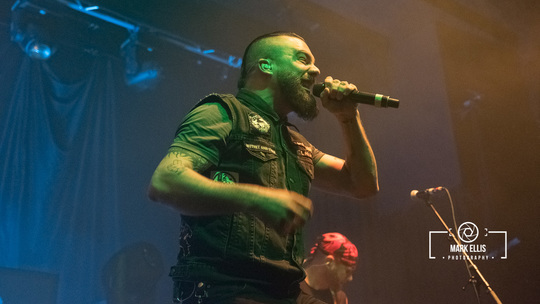 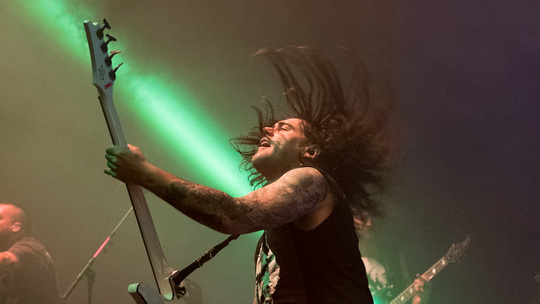 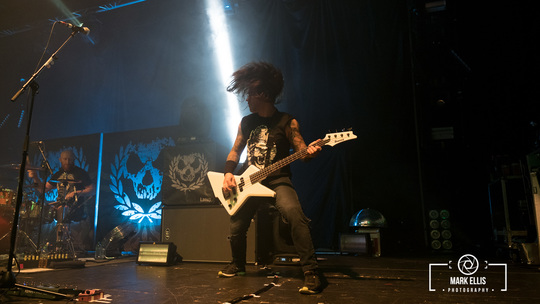 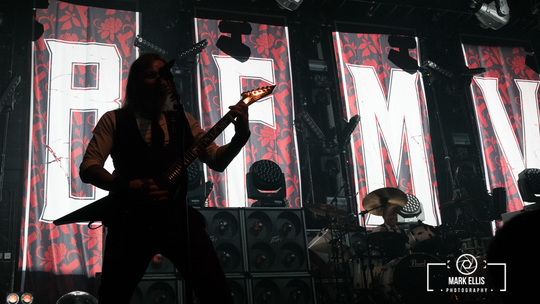 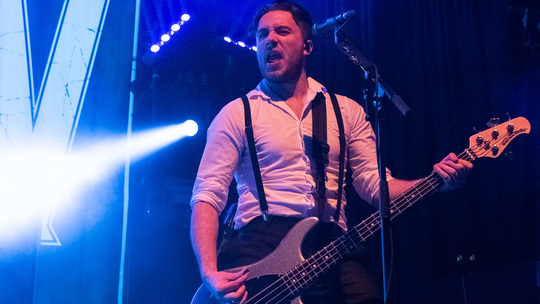 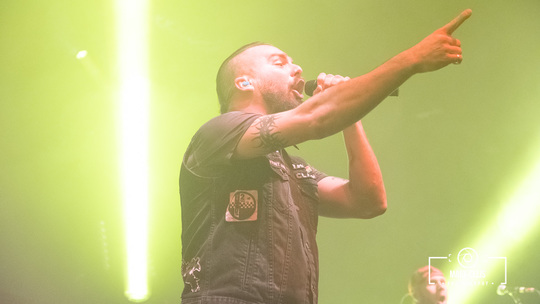 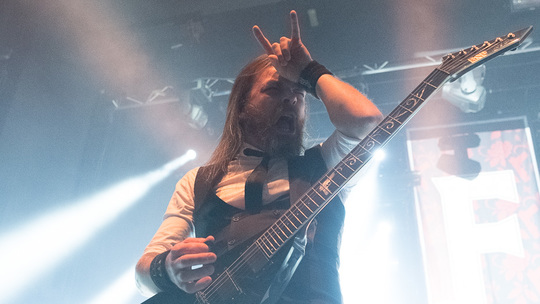 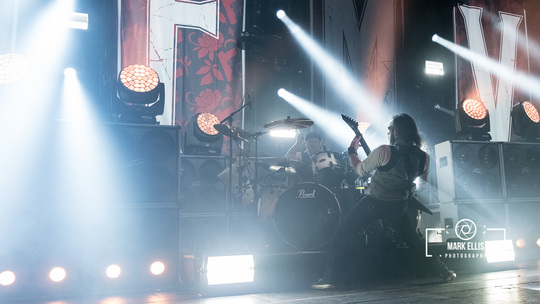 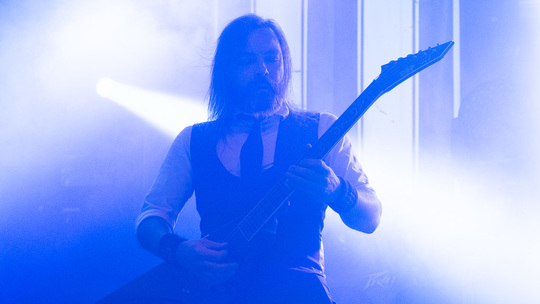 What do you do on a Saturday night... you go to a metal concert and drink beer! The words from Killswitch Engage bassist Mike D’Antonio could not have rung truer with the crowd tonight.

Taking the stage first was Cane Hill from New Orleans USA and a dark and smoky atmosphere filled the room. Opening with “True Love” the heavy riffing of James Barnett and roar of lead singer Elijah Witt had the crowd banging their heads. Elijah Witt was fully engaging with the crowd playing through songs from their album 'Smile'.

However it was Killswitch Engage that really got the crowd going. Storming the stage with “Alone I Stand” then following into “In Due Time”. The crowd sang along to all their favourites including “A Bid Farewell”, “Hate By Design” and “My Last Serenade”. Jesse Leeches smile said it all as he heard the fans singing the songs they have written and even more so as he announced that this was the “best shit job” he's ever had! Bassist Mike D’Antonio bounced all over the stage like a child reveling in being in front of a crowd. “Closing with My Curse” and “Strength of the Mind”, Killswitch Engage truly got the crowd ready for Bullet for My Valentine.

With the lights down and the chant of "Bullet" this crowd was stood in excitement for the headliners. Before the band welcomed the stage a metal sing along took place to Motorhead’s "Ace of Spades" and not a single voice was silent. The lights up, Bullet for My Valentine took their places on stage dressed immaculately in shirts and ties but their attire just helped to show they were a band ready to rock!

Opening with “No Way Out” from their latest album 'Venom', Matt Tuck's voice was as pure as listening to the album and his melody was set perfectly against Michael “Padge” Padget's heavy throat vocals. From this moment you knew that this was a hardcore fan base as the sound of the crowd’s singing was as loud as I have ever heard. Matt spoke fondly to the crowd here in Manchester taking ownership of the stage.
Bringing the crowd together through their music the roars of “Scream Aim Fire” the band took the crowd back to their early albums. “4 Words (To Choke Upon)” brought us to 'The Poison' their debut album along with “Hand of Blood”. Padge's strong riffs, set perfectly against bassist Jamie Marhias’ rhythm, the backbone of the songs, kept us going strong. Matt’s dominance on stage showed that this where he belongs - front and centre. Matt announced that due to fan requests they had recently put “Hearts Burst Into Fire” on their setlist and anyone who came to saw them on the 'Scream Aim Fire' tour in Manchester may be in the video! But it was the song itself that got the crowd singing along to every word.
The encore brought favourites of “Tears Don’t Fall” and “Waking the Demon” before closing with their latest single “Don't Need You”.

It was a night of pure metal with the hardest of hardcore fans and not a single band let the crowd down with raw talent and pure determination to put on a show not to be forgotten. We certainly left with the songs playing through our heads and the adrenaline still coursing.

Catch this gig whilst you can... you won’t regret it!!!