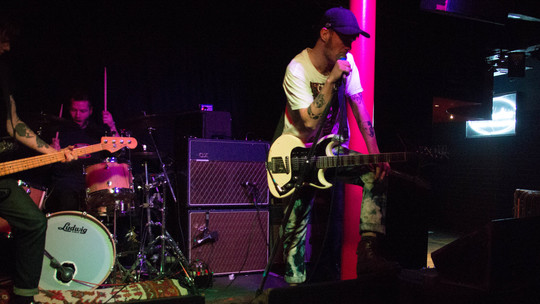 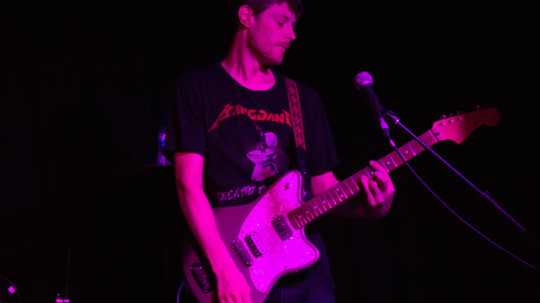 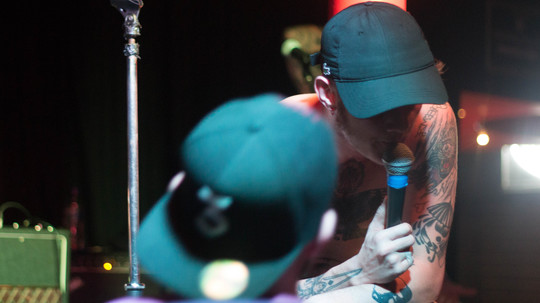 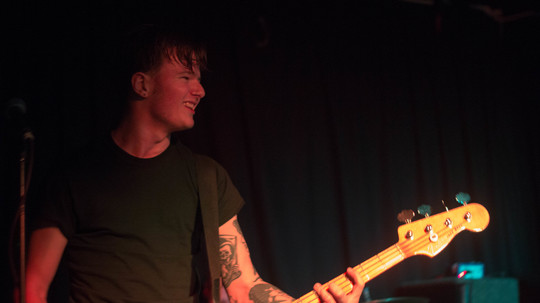 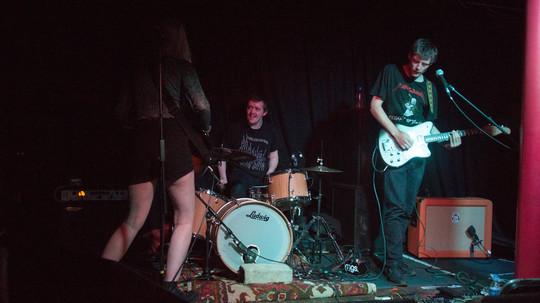 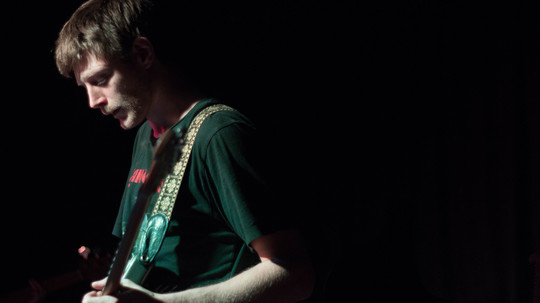 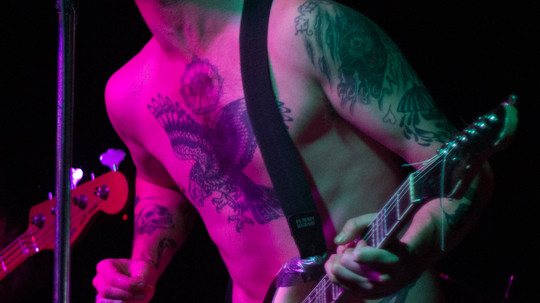 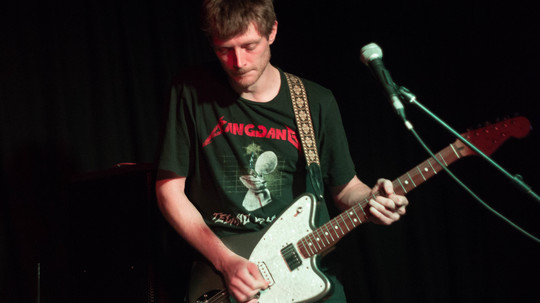 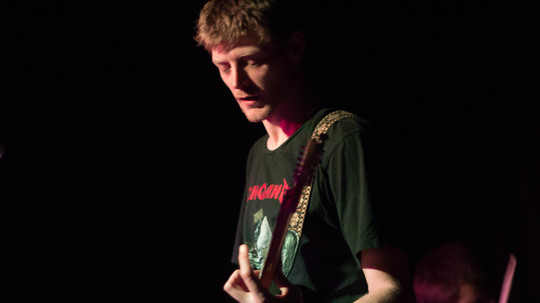 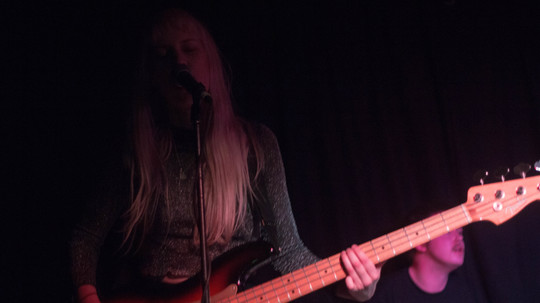 With the release of slowcoaches new album 'Nothing Gives' their UK tour was definitely going to be one not to miss. The second floor of Manchester Sound Control was the venue for Strange Bones and Slowcoaches.

First up, Strange Bones, a rock band from Blackpool. With raw music the trio got everyone involved. With Bobby, vocalist and guitar, leaving the stage to jump around the audience at least every other song the high energy and loud music got everyone up and ready for the main act, Slowcoaches.

Up next, Slowcoaches. The trio from Leeds set up their own stage and rocked it. The small venue was not ready for Slowcoaches to take to the stage and the audience to jump around and sing like they did. Heather, vocals and guitar, thanked people for coming out on a "school night”, the speech was met with a cheer and the person next to me said, “it is worth it”.

Slowcoaches definitely are worth seeing live. The loud guitar, garage band punk feel that is felt from the album is felt even more when watching them live and the lack of a barrier at the show definitely enhances this.