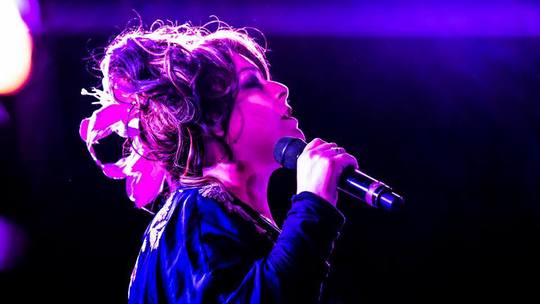 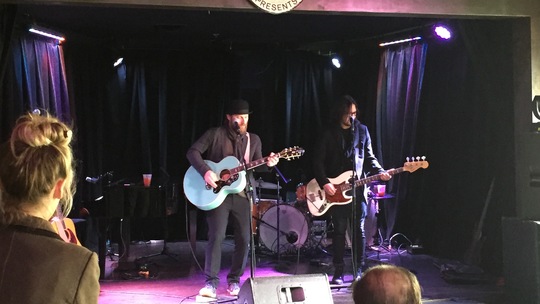 Each show is crazy intimate for the caliber of artists featured, with performances taking place upstairs at The Federal over that gastropub’s signature brunch. Amazingly, admission is free with reservation. For cheapskates, there’s free bagels, cream cheese and coffee. It’s an unnecessary incentive; performers over the past months have included artists as diverse as Courtney Barnett, Jenny O. and The Bird and the Bee.

This past Sunday’s performance by Stephen Stills’ son Chris and Scottish siren Angela McCluskey was a unique and very personal experience for me. Way back when, we worked with McCluskey when she fronted The Wild Colonials and put on some of her earliest shows: one to open the Virgin Megastore in West Hollywood and another at the old Atlas Bar & Grill by the Wiltern. McCluskey went on to a rich and varied solo career, and remixes of her "Breathe" with Telepopmusik had become oft-spun house anthems by the time I launched my DJ career in 2002. Since then, she’s collaborated with dance artists Morgan Page and recorded with Robbie Robertson and Joe Henry, among others. And heck, she’s managed by my friend Norena Barbella. Who knew?

Calamar introduced opener Chris Stills as “Chris, Stills and Nosh.” Performing acoustic guitar (a gorgeous sky-blue model Gibson hummingbird lookalike if it wasn’t the real thing) with a solid electric bass accompaniment filling in the bottom end, the duo offered gentle, nostalgic harmonies with crisp, bold, clear folk/rock tunes including “Hellfire Baby Jane”, “Criminal Mind,” - “a song about the women in my life,” Stills offered. Like his dad, Stills is an adept balladeer on both guitar and piano, with both serious and whimsical songs, including a number called “That’s Cool” and concluding with “The Weekend,” about a college student who had “too good of a time and lost their phone” - possibly the most stage time ever devoted to this very mundane yet common subject. Stills was an unexpected and pleasant surprise.

Angela started her set with “a couple really depressing songs, because we’ve just come from New York and it’s rainy and cold there.” Complementing her tortured and careworn vocals - always sounding pushed nearly to the breaking point, musician husband and frequent collaborator Paul Cantenon played piano and violin in a Utilikilt; the remarkable Lili Haydn also joined on violin. Mic stand festooned with flowers and glittering lights, Angela left that stand all alone after the two ballads, “8 Stories High” and “You and Me.” Suggesting that “I don't think I can get you off your arses to dance, but just put on your Hollywood shades and do it” she proceeded to do both. Audience members pulled the window shades, cutting off the slanting midday winter light, and Matt the sound and light tech did his best to offer the newly darkened room that Berlin cabaret feel with Angela’s frequent instruction and encouragement.

With added drums by the laconic Davey Chegwidden, with bass and loops from Kiran Shahani (Angela's writing and producing partner), she introduced barrelhouse anthems “Let’s Get Lost” and “Crying Anymore,” and one she played at the Atlas Bar & Grill way back when she was heralded as “Britain’s newest singing sensation,” a sobriquet that both surprised and amused her. She then moved on to some more dance numbers such as “Paris To Hollywood,” from her latest album, 'The Roxy Sessions'. Other tunes showing the more dance and rock side of Angela included “Electric Sky”, “In the Air” and “The Little Things".

For her last song, the house/lounge standard “Breathe”, she replaced the words with Groove Armada’s "[I See you Baby] Shakin’ that Ass” Fatboy Slim Remix as performed with Thievery Corporation. Dancers outnumbered sitters by far for this last number, and by the time the audience bundled up scarves, gloves and leather jackets - I swear - to ward off the unaccustomed 60-degree chill, the down tempo start to the set was long forgotten.

Next up for the Mimosa Music Series? A holiday show with Maria Taylor and Matt Costa on December 18th.