A Vision Of A Changed Existence 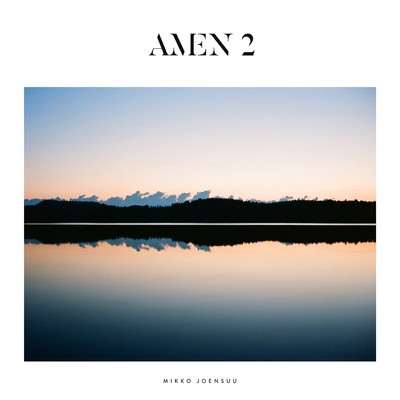 'Amen 2' is the new album from Mikko Joensuu, a follow up to 'Amen' from May of this year. The original album dealt with the loss of his Christian faith, while this follow-up deals with his search for meaning to fill the void.

The opening track ‘Drop Me Down’ has a real power with enigmatic lyrics, whilst Joensuu’s gravelly voice perfectly suits the track and calls to mind the great secular hymn ‘Hallelujah’ by Leonard Cohen. It also has hints of Vangelis’ ‘Heaven and Hell’ with a swelling musical accompaniment that constantly evolves and carries the listener along on a quasi-devotional journey.

‘Dying Rain’ is a more uplifting track with more positive lyrics and a sense that his journey to find a replacement for his lapsed faith may bear fruit. This is followed by the more reflective ‘Golden Age of the Lowland’ where he starts by asking a God he no longer believes in where he should go. It is a truly beautiful piece of music with an amazing chorus that sounds Celtic in style.

It is perhaps an insight into his state of mind that a number of his tracks could be hymns with different words. ‘I Gave You All’ is, at the start, a fairly bitter reflection on the faith that he once had and the time he believes he has wasted. Then it becomes a defiant statement of the new man he has become.

It then returns to the ‘Heaven and Hell’ template of reflective music that seems to invite the listener to consider the album so far on their own terms as a bible study group may sit in silence to reflect on verses they have just heard. It is no mere placeholder, however, as the powerful music builds to an unsettling finish at the end of a track that goes on for over 20 minutes.

‘There Used To Be A Darkness’ is a My Chemical Romance style rock track that is totally at odds with the rest of the album but oddly seems to fit. The final track ‘What Have I Done?’ hints at the struggle that still rages and perhaps looks forward to Amen 3.

It is a very brave album, but in many ways a universal one that deals with an issue that, like death, is firmly pushed to one side by huge numbers of people throughout their lives in the secular age within which the more advanced countries are living. For many, many people the loss of faith is something they deal with in silence but in this album they may find hints of a way forward.