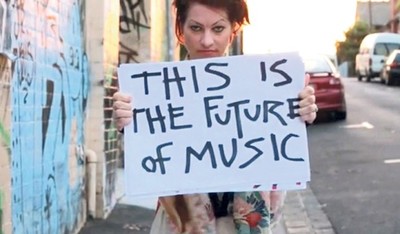 When historians look back on 2016 many will agree it wasn’t one of humanities greatest years. Along with the passing of some of the most loved and admired individuals from the creative arts, the sense of global divisiveness grew to new levels.

To stave off the sense of impending doom many of us turned to music as our salvation. Music provided escapism, a feeling of security and in some cases even a sense of hope. However, behind the scenes the music industry was trying to make sense of what was happening and, more importantly, predict the future.

From the growth in vinyl sales, the continued dominance of music streaming services, the issues surrounding the secondary ticketing market, to the heartbreaking demise of some of the most popular festivals around… in short, there was a fair amount to consider.

So as we started to recover from the proverbial hangover of 2016 and began to contemplate what’s next for the industry we thought it would be best to ask you.

We regularly hear what the so-called ‘folks in the know’ have to say, but we want to approach this very differently. Instead of them telling you what’s going to happen next, we want you to tell them what you think is going to happen. After all, you buy the tickets, go to the gigs, stream the music, spend the weekend at the festival… they should be listening to you the fans!

So here’s the deal; we’ve put together a very brief survey (should take about 3 mins to complete) based around some of the wider industry questions we thought were relevant. We’ll collate the consensus and we’ll tell all the industry folk what you’ve said (major and independent record labels, the government and local authorities, venue owners, the list will go on…).

We’re not offering any incentives for taking part; no prize draws, money off vouchers or even free gig tickets (sorry!), but instead a promise; the feedback you provide will help shape the music industry going forward as we fundamentally believe the fan’s views are the most important. It’s as simple as that.

If you'd like to take part in the survey please copy and paste the following URL into your browser:

Think we've missed something, ignored a vital issue or would simply just like to rant please get in touch: