'Yesterday's Gone': A Diary Open To The World 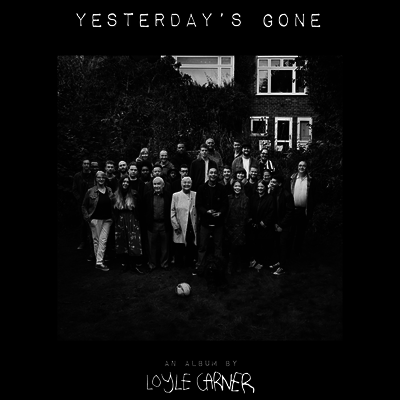 'Yesterday’s Gone' is the debut album from young South London rapper Loyle Carner. The young rapper expresses wisdom beyond his years in his music, and this is partly down to personal experiences and influences. From the death of loved ones, namely his stepfather, to growing up on a musical diet of of J Dilla, A Tribe Called Quest and Guru. Even his support shows read as something established artists could dream of including opening for Nas, Joey Badass and MF Doom.

Despite being coined as a rapper, Carner has a style and sound that transcends genre. He has an ‘everything laid bare’ focus allowing him to pour out his innermost thoughts and feelings, with nothing seemingly off limits, that makes for some very intimate and confessional music. At points, we hear Carner sounding akin to rapper cum electronic-pop artist Example, other times like a deeper voiced Jehst and completely incomparable on others. The addressing of deeply personal topics in his smooth yet raw flow combined with the defiance to be pinned to one sound give Carner a fresh and unique edge whilst still delivering a familiar sound.

The album opens with "The Isle of Arran", introducing Carner’s verbal prowess and lyrical topic. Arran is a gospel tinged track, a style recently popularised by the likes of Kanye’s "The Life of Pablo" and Chance the Rapper’s "Coloring Book". However, those with a disdain towards this new trend need not fear, as this style is only present for the opening.

"No CD" is a rocky guitar driven track about spending all his money on old CD’s. Even in this seemingly impersonal track, at least less personal than other tracks, he references his OCD in having to listen the music in a specific order. He discusses buying the CDs to ‘harbour the harmonies’ and break the beats down in order to rap over them. His dedication to his craft can be heard here as he proclaims of his spare time being spent on making music.

"Florence" is a beautiful track with a soulful chorus by Lewisham based musician Kwes. The sentimental track is about the sister he always wished for and the closeness of their never to be relationship. He raps about caring and protecting ‘Florence’ and making her the pancakes he would promise her.

"The Seamstress" is a bluesy track about struggles with alcohol. It is one of the stand out tracks on what is a very impressive album. The first lyric hooks you as Carner expresses that he “Reckons I got a drinking problem. I been sinking a lot of whiskey.” He then continues to reel you in with great wordplay and double meaning, which take you into an intoxicated state of thought. Carner’s maturity beyond his years can again be seen here in the tracks focus as he raps of his struggles with alcohol. Even the drink of choice, whiskey, is a tipple often associated with the wisened older generation rather than a young adult.

"Sun of Jean" is the final track of the album and one of the most lingering. The inclusion of his mum and dad seems to express Carner’s biggest influences of all. The track is almost a play in three parts with the initial track from Carner followed by an interlude of his mum discussing her sons creativity, from tearing open sugar packets and pouring them on the table to draw pictures in as a child to writing lyrics on the back of old receipts. The final third is an acoustic song from his late stepfather entitled “Yesterday’s Gone” which is most likely the source of his albums title. A final tribute to his father.

Even the little parts of the album, the interludes, offer the core values of Loyle Carner’s music from "Swear", a playful interlude containing Loyle Carner and his mum winding each other up about swearing to "Rebel 101" which has some seemingly drunken wisdom from long time friend and collaborator Rebel Kleff.

The personal nature is not just present in the lyrics, the artistry of the album expands into visual art through Carner’s music videos, which almost entirely contain members of his family. Several of the tracks from 'Yesterday’s Gone' already feature in music videos on YouTube and offer a brilliant sample of what to expect from the rest of his upcoming release.

'Yesterday’s Gone' brings back the sound of the Skinnyman, Jehst and Foreign Beggars era, ignoring modern computer generated beats in favour of instruments such as guitars, pianos and trumpets which offer mellow beats with an inflection of jazz. However, it is much more than an album. It is a journey that takes you into smoky South London house parties to jazzy bars and rocky jam sessions but always remains in one place at its core, Carner’s heart. It is a diary of personal feeling and emotion, a diary that is being read to the world.