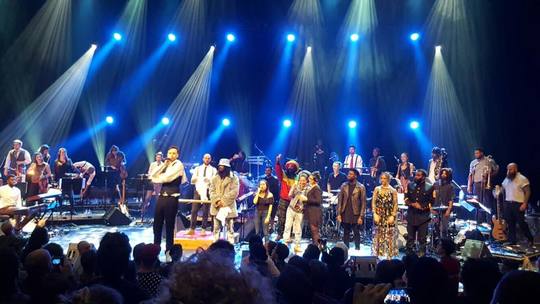 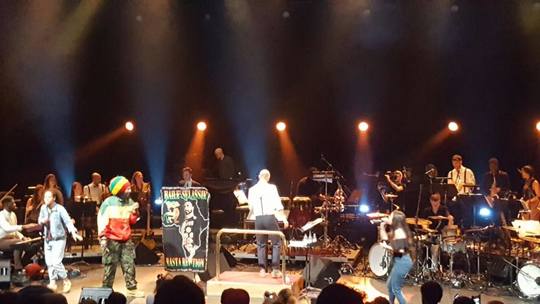 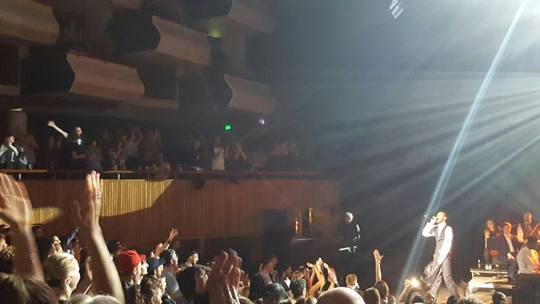 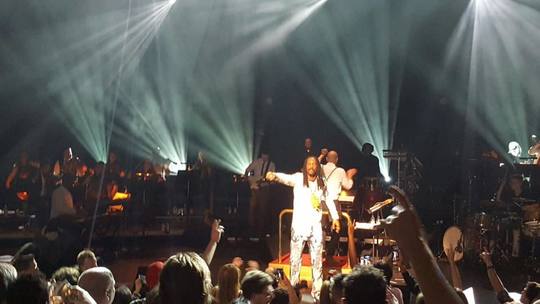 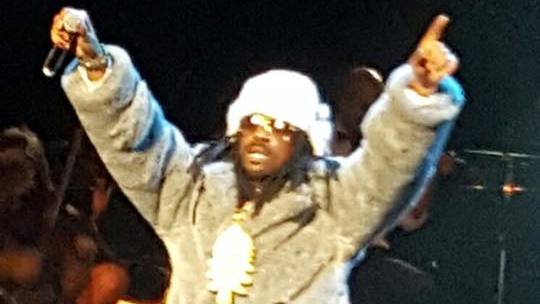 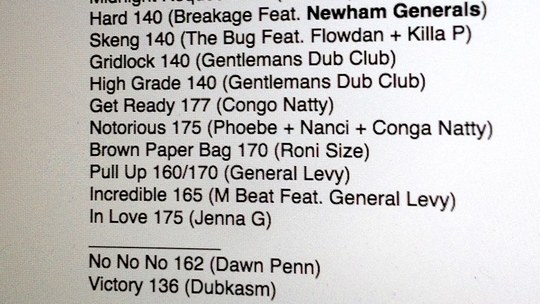 So... what do you get when you mix up a room full of some big names from the worlds of Hip-Hop, Dubstep, Drum and Bass, Reggae and Grime, a crowd of eager thirty and forty somethings, a full moon, the promised forecast of a ‘snow-day’ in London (we can dream!), oh and not forgetting a 20-piece orchestra, the presence of Her Royal Bassness Maryanne Hobbs, and the organisation of the Outlook Festival team? You get the BEST night out that you’ve had in 2017 (so far...) and a strong contender for gig/event of the year.

The word ‘gig’ doesn’t even begin to correspond with what took place over the course of a very special 100 minutes in the Royal Festival Hall on London's Southbank. This was an event - a ‘happening’, and a full on immersive ‘experience’. From the first awe-filled moment entering the building to the happy trails of smiley faces making their way out at the end of the night, there was an electrifying buzz pulsating through the air.

Outlook Festival is billed as Europe’s leading festival of Sound System Culture, and this year sees them celebrating their 10th anniversary. What better way to mark the occasion than by a collaboration with the Southbank Centre to create a bespoke live mix reveling in some of the biggest tracks heard across dance floors on Sound Systems worldwide. This night promised to be both momentous and a tad audacious.

The Festival Hall quickly filled up, and the imposing stage, set with a plethora of mike stands, instruments, mixing desks, two complete drum kits (AND additional percussion!) suddenly saw a flurry of lights and motion as the musicians took their places. After a brief welcome and introduction by the resplendent Maryanne Hobbs, the orchestra struck up and the hall was awash with sound. Resonating deep within the fabric of the plush velvety seats, and hitting each and every corner, there was a short-lived collective blink of confusion from the audience, not quite sure of the correct decorum for the evening’s proceedings. That moment swiftly passed, as seat by seat, and row by row, people rose to their feet, and in mutual head-nodding agreement, gave themselves permission to dance and scream and wave their hands in the air like they really didn’t care. If ever there was the physical embodiment of the saying ‘dance as if no-one is watching’ it was alive and kicking in the narrow gaps between the seats, in the stairways and the aisles, and even in the posh boxes at the sides.

From the first guest vocalist Pharoahe Monch commanding everyone to ‘get the fuck up’ throughout his animated rendition of ‘Simon Says’ to the evening’s finale of Reggae superstar Dawn Penn sashaying her way across the stage, and amidst all of the talent in-between, there was an aura of love, happiness and joy flooding the air. Legends appeared (as if by magic) one after another, in a truly epic set-list that journeyed from New York to Jamaica via East London and back again, and on this bleak and snowy midwinter’s night, there was a tangible heat rising.

"Skeng" performed by Flowdan and Killa P took that heat and added firesome breaks and beats, and that deep bass sound just made itself completely at home in surroundings more accustomed to musical theatre and Mozart masterpieces. There was still a vague sense of people not quite believing their own eyes and ears, but the music carried on and still the stars kept on shooting.

Congo Natty rocked up with his girls Nanci and Phoebe, and carefully placed the Haile Selassie flag before lighting up the incense sticks and launching straight into "Get Ready", one of my highlights of the evening. The atmosphere was so relaxed it was possible to scoot right down the steps to the front of the stage and dance one’s cares away. General Levy proved that it’s practically impossible to watch him perform without breaking into bounce and beaming from ear to ear. He certainly managed to release my inner junglist with the energy emanating from his leaps and jumps during "Pull Up" and "Incredible".

What a line up and like nothing I ever thought could work. All credit to the award winning composer Tommy Evans (of Submotion Orchestra and Gentlemen’s Dub Club) who pulled this event together in mere months, and who led the seamless flow of killer tunes with a spring in his dubstep.

If this is a taster of what to expect at this year’s Outlook festival, I’d get booking now. Truly an incredible and exceptional night!