Aquilo Are On Their Way In To The Light 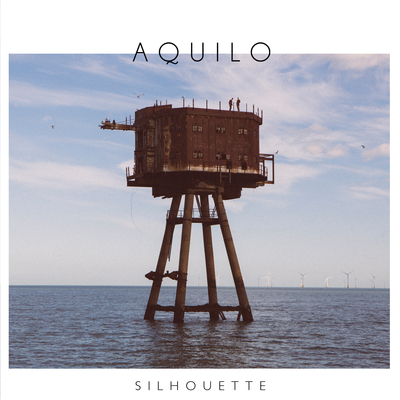 Aquilo are Tom Higham and Ben Fletcher from Lancashire and it’s fair to say that they have created a decent amount of buzz since they first got together in 2013.

"Silhoutte", is the title track of their debut album and it immediately tells the listener that this is the start of a potentially excellent career. The music swoops and dives, playing with the listener’s emotions in a way that reminds me of Keane, or going back further Dream Academy. Tom Higham’s vocals suit the track perfectly and give the track a real impact without ever needing to resort to bombast.

"Blindside" is a reflective track with a trace of Ed Sheeran that could make this a favourite for streaming as Aquilo build up their word of mouth success into something more tangible.

As this album progresses you realise that you’re getting lost in the tracks as time seems to expand as you listen. This, to me is the sign of a very good album, and halfway through when "Almost Over" pours in to your ears there is even the hint that this could be a great album.

"You Won’t Know Where You Stand" is an uptempo soulful song, with what I can only describe as Aquilo’s trademark swoops. "I Gave It All" is simply beautiful with an incredible vocal performance that just plays with your heart as you listen.

"All I Ever Wanted" goes back into Keane territory without ever sounding derivative as it introduces the most gorgeous choral style harmonies that send the hairs up on the back of your neck.

"Never Seen You Get So Low" and "Complication" are changes in style that work just as well as the soaring soundscapes and proves that they are not one trick ponies. Their ability to surprise and delight lifts this record to another level and points to some serious talent from two relatively young guys.

"Always Done What You Say" has a jazzy feel with echoes of Amy Winehouse and would not sound out of place on ‘Back to Black’.

"Waiting" finishes a marvelous album with a flourish as Higham’s vocals soar a final time and leave you in no doubt that this duo are major talents.