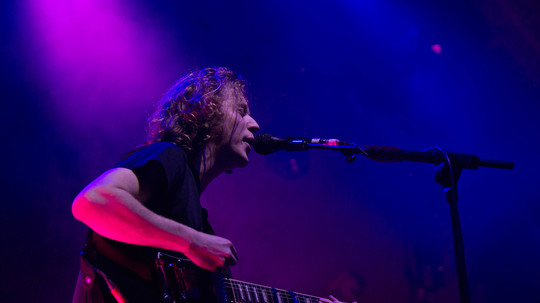 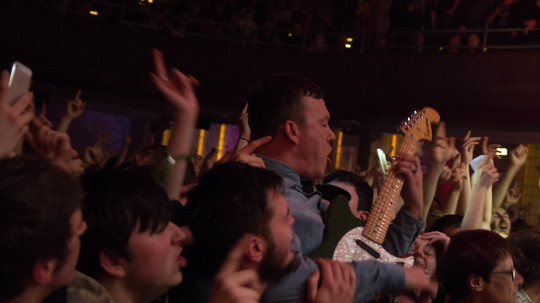 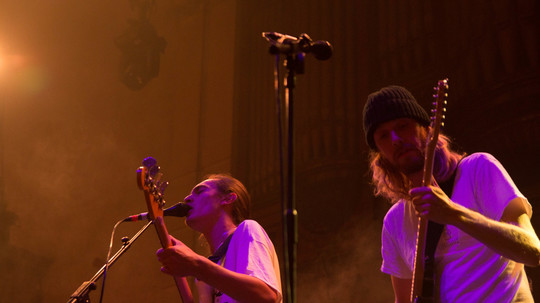 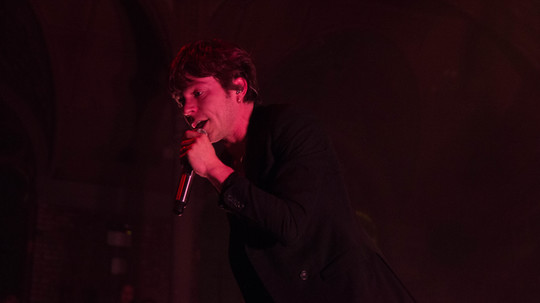 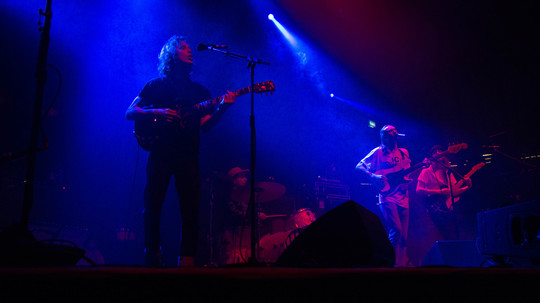 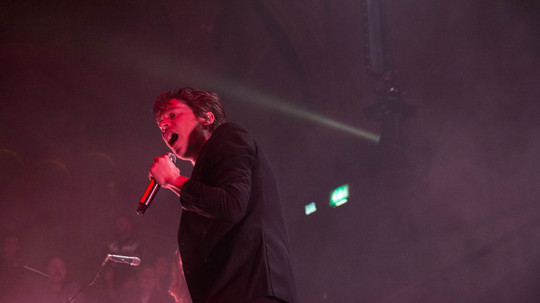 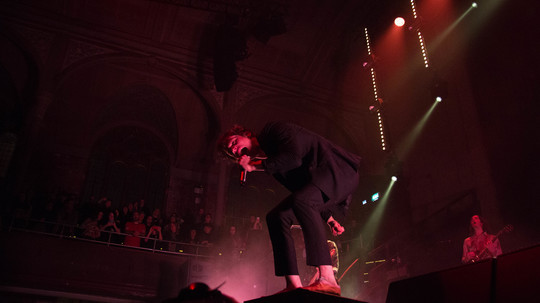 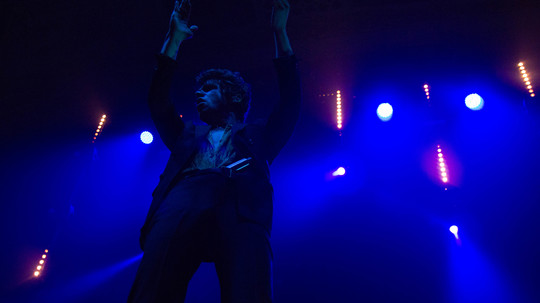 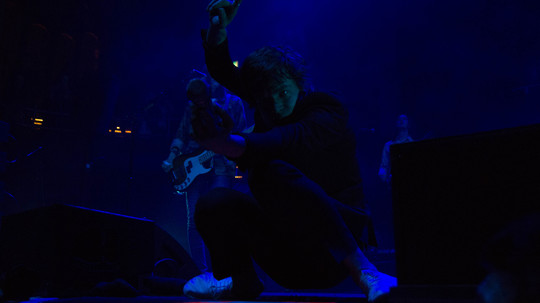 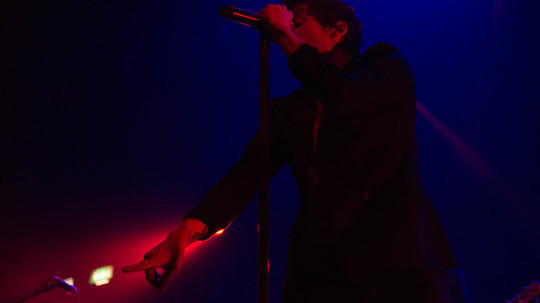 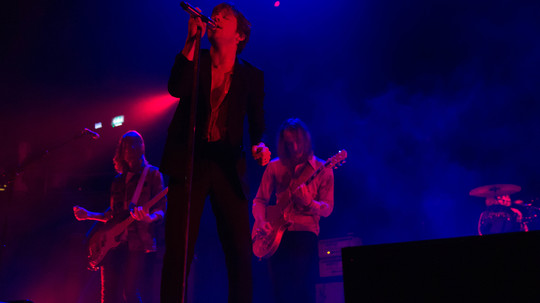 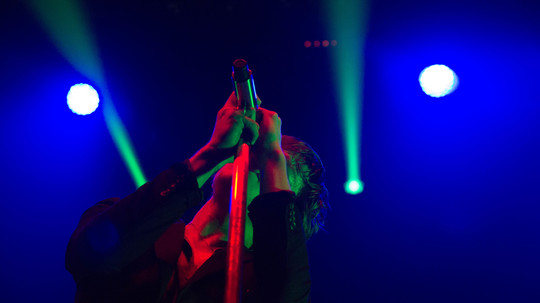 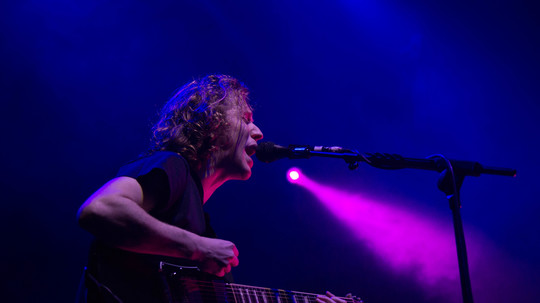 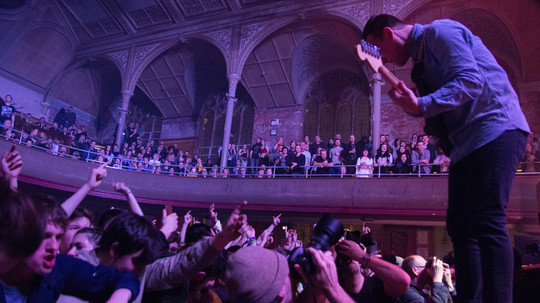 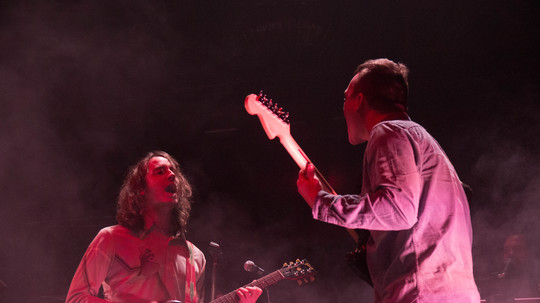 It's no wonder Cage The Elephant sold out their UK tour with the stage presence and charisma they have. Not only does this band have amazing songs but also amazing dance moves. With the smell of sweat rising through the room after the two support acts everyone was ready for Cage The Elephant.

With a balcony full of fairy lights and the whole room standing the gig felt very intimate even though there were over 2,000 people in the old church like building.

The lights went down and Cage The Elephant took to the stage. The audience was bouncing and so was the old church. Brad Shultz, the guitarist, leaped into the audience during the first song with everyone going crazy, raising the spirits of everyone higher than I've ever seen.

Matthew Shultz, the lead singer, leapt around stage throughout the whole set making it hard to keep up with him but his energy transferred into everyone else in the room.

The set list was filled with everything from slow songs like "Cigarette Daydream" to upbeat songs like "Come A Little Closer". I definitely walked away from the gig humming along to the songs and desperate to look more into their music. Cage the Elephant were the best way to start the new year of gigs.

The night was mesmerising.