Let's Be Frank, This Is A Bloody Great Album! 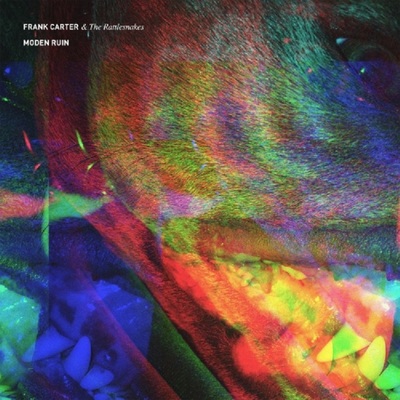 I first saw Frank Carter when he was with his first successful band Gallows close to ten years ago. I saw that incarnation of Gallows a couple of times and I was always blown away by the Eveready battery levels of energy that they showed on stage, especially Frank. I was also lucky enough to witness an amazing set from Frank Carter and the Rattlesnakes at the Leeds Festival last year. Time flies though and although the band has been around for less than two years they are now releasing their second album, ‘Modern Ruin'.

Although with the Rattlesnakes Frank seems to have revived his hard-core punk roots after a brief sojourn with something softer with post Gallows band Pure Love the opening track on the new album is a lo-fi, bluegrassy, acoustic thing which as an overture is no indication of the content of the rest of the album. It is called “Bluebelle” and sounds much more like a lullaby than the track which follows it which is called “Lullaby”.

There were times throughout ‘Modern Ruin’ where it just felt to me that Frank had a very similar vocal style to Alex Turner of the Arctic Monkeys. Particularly on “Snake Eyes” and “Thunder”. I am still not sure whether that was just me or whether other people hear that too. Incidentally it does not detract from the quality of this LP.

The Rattlesnakes are a very talented live band from what I saw at Leeds last year, they are also a very accomplished studio band. I believe that the best showcase for the band on this album is the stupendous “Vampires”. It rocks like a motherfucker yet the middle eight guitar solo has overtones of a 60s western theme almost like Hugo Montenegro backed by a metal band. As with a few tracks on this record “Wild Flowers” would be a massive chart hit if the charts still held any importance. Another song in that kind of chart smash vein would, in my opinion, be “Real Life”, it has possibly the best melody on the album, it is a majestic song and it is a proper earworm too. Well it’s stuck in my head after two listens anyway.

If you think you are a proper emotional hard-core aficionado then listen to “Acid Veins”, learn from it and think again. This is as deeply emo and hard-core as it gets. As for “God Is My Friend”, well if God likes songs like this then there remains a very, very slim chance that I could become a believer!

“Jackals” has the makings of a truly great song but it's just too damned short! What happened with that one boys? The title track I think will be absolutely immense in a live setting and it really is a throat shredding vocal from Mr Carter. I bet that he had to rest his vocal chords after nailing that track in the studio. The album closes with “Neon Rust” which provides a chilled ending to a bloody marvelous album.