Rag'N'Bone Man Is Clearly No Steptoe 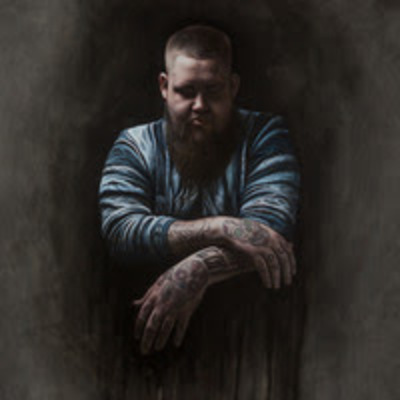 Every once in while a song comes along that really blows me away and makes the hairs on the back of my neck stand up. It happened a lot when I was a teenager, but it happens far less nowadays. One exception came the first time that I heard Rag'N'Bone Man's "Human" on the radio last year. It really is some single. It only just missed out being the UK Christmas number one in the UK too. The first time you hear that voice I am pretty sure that you have no idea what the man, who's parents know him as Rory Graham, looks like. Not that it really matters, but I pictured him in my head as some American deep south black soul singer. But he is a very talented young man from Sussex. The music industry clearly sees his potential as he has been awarded the Brits Critics' Choice Awards for 2017.

He comes from a hip-hop background and clearly has a great affinity for soul, funk and gospel which all show themselves on his new album, also called 'Human'. This is an album that I wanted to like even before I listened to it, my expectations were very high indeed. The album opens with the aforementioned title track and really where do you go from there?

"Innocent Man" and "Skin" a really classy modern R & B songs with a real nod towards classic old skool R & B too. The fourth song is "Bitter End" and while it is reminiscent of Plan B for me it is a mature tune full of soul which showcases Rag'N'Bone Man's stunning vocal power and range. For me while none of the tracks have hit me as immediately as "Human" did they have all really started to grow on me after what is now my third listen. "Be The Man" is a really heartfelt tune as is "Love You Any Less". The orchestration and playing on the latter is sublime and his lyrics are immense and meaningful throughout.

"Grace" sees him accompanied largely by a relatively simple musical refrain and it really is a haunting tune. Rag'N'Bone Man's hip hop knowledge is most apparent for me on "Ego" which has a little rapping, it also has a nice jazzy vibe to it as well. The lyric "maybe I know my gospel but I ain't a preacher" is simple but brilliantly effective. The closest song to "Human" on here is probably "Arrow" but it is in no way formulaic and stands up well on it's own.

If you enjoy a moving love song with a bit of an edge then you will fall for "As You Are" as I certainly have. This is a damned good album and it certainly lived up to my expectations. I reckon it is already a contender for album of the year even though we're not out of January yet!