On their Bandcamp page, the Berkshire alt-rock band Hindsights describe themselves as being “sad since ‘11”. Sure enough, their debut album ‘Cold Walls/Cloudy Eyes’ is most definitely emotionally charged. 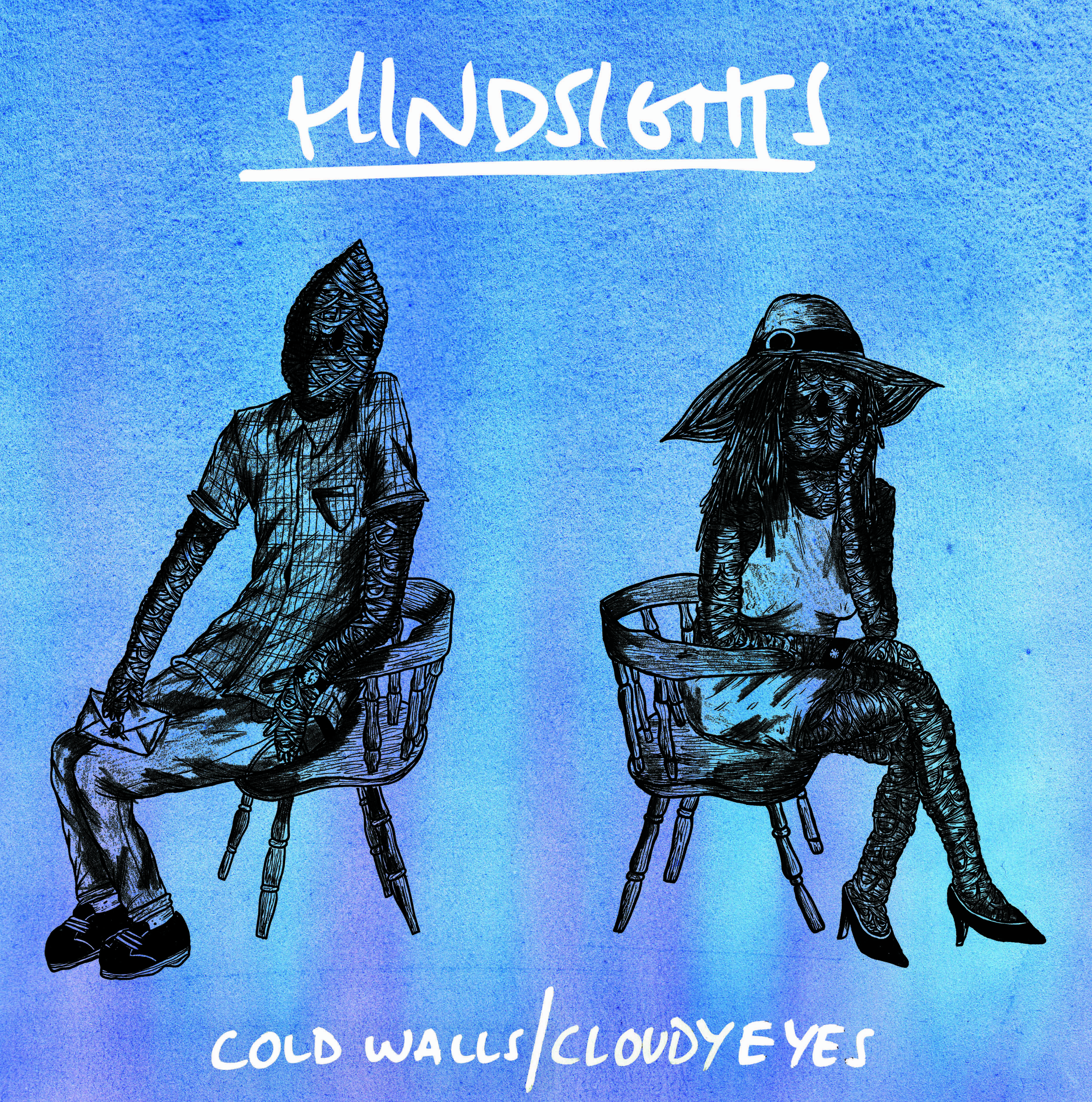 Opening track “Everything Inside Me Echoed” is a fitting title for a song that paves the way for the rest of the album’s heartfelt rawness. Starting off mellow, the song really gets going just over half way through; the guitar riff throughout has the effect of an echoey sadness. Leading into the first single off the album, “Cold Walls”, Hindsights create a continued sense of angst. "Cold Walls" maintains a solid balance between poppy catchiness and a darker expression of emotion.


Throughout the album, there is a reoccurring harmony between slower elements with harder hitting sound, which captures a dynamic, for want of a better word, sadness. The almost soothing first 30 seconds of “Out Of My Skull” come in great contrast to rest of the songs energy, a juxtaposition that is synonymous with ‘Cold Walls/Cloudy Eyes’ as an album. Supposedly sad since ’11, Hindsights don’t provide the allusion that sadness is simply a state of mind. Rather, the varied nature of the album, with its continuous overarching anxiousness, draws you into a more complex state of mind and fraught emotion.


Hindsights recently finished touring with the grungy Milk Teeth. I attended the Leeds show at Slam Dunk venue, The Key Club on 27th January 2015. A small downstairs venue, hidden in the centre of Leeds, it adds to the ambience of the band’s repertoire. Hindsights’ predictably energetic performance set the scene for Milk Teeth’s own set, bringing the audience close to the stage and instilling a sense of angst.


Where the album evokes an anxiety-ridden emotiveness, Hindsights’ live performance intensifies all they have to offer and express. The energy with which the four piece band plays demonstrates the dedication to everything ‘Cold Walls/Cloudy Eyes’ is about. This is especially clear when Hindsights performs ‘Pensive’; vocalists Benio Baumgart and Billy Hutton feed off one another’s enthusiasm to deliver what is, for me, the best performance of the set.


Since attending the live show, I have listened to the album with the memory of the piercing passion with which Hindsights played echoing in the background. ‘Cold Walls/Cloudy Eyes’ will be released 23rd February of this year through label Beach Community.


Picture courtesy of Jade Till