Lower Than Atlantis 'Safe In Sound' 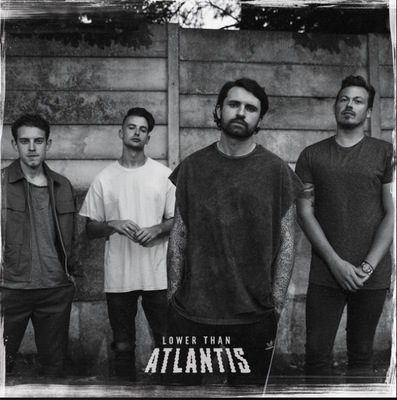 Lower Than Atlantis are back with their fifth album, 'Safe In Sound'. Since not releasing an album since 2014's self titled I was eager to hear what the Watford four-piece had to offer. It has definitely been worth the wait. After being signed to Sony Music they have had the exposure they deserve. With Radio One playing their tracks daily as they have been added to the regular playlists it is good to see they are getting the recognition they deserve.

The album begins with the explosion and hard-hitting opening of newest single "Had Enough", which, with its infectious chorus you can't help but tap too. Frontman Mike Duce says it's “one of the best Lower Than Atlantis songs ever”, and for me it’s a great opener for the album and displays what to expect from the rest of it.

Following that the next track to grab my attention was "Boomerang" with its soft intro with groovy guitar sounds then the chorus hits hard and grabs my interest. Lead singer Mike Duce's songwriting is personal and relatable. Further on we hear this in soft track "I Don’t Want To Be Here" which is reminiscent of 2011 track "Another Sad Song" but with the strings gracefully flowing through it making it much bigger, with Mike Duce's effortlessly smooth vocal it instantly became my favourite track on the album. Beautifully written both musically and lyrically, I could tell there is passion in the song writing and that its on a personal level which people can relate to which I like.

There's a couple of songs on the album which lead you into the catchy more prominent tracks but that’s not a bad thing. The band have grown in their sound and adapted to fit the new rock sound and made it their own. That being said it opens them up to new fans and keeps the old still there. Closing track "A Night To Forget" ends the album off with another catchy song that got me not wanting to sit still.

Overall, 'Safe In Sound' is a great flow between the old and new. I have adored them for many years and this album adds new sounds for the band with Mike Duce's classic Lower Than Atlantis lyrics and drum beats to trap your foot and bop your head too all tied in with great guitar riffs.

Lower Than Atlantis are touring in March and it’s going to be good to hear which tracks they choose to play off of this new album and I'm sure they will get the fans jumping and singing along at their highest voices. For me this album seems to be a different sound than you would expect from them but it shows their growth as a band. I'm looking forward to hearing these songs played live and hearing what the fans old and new have to say.