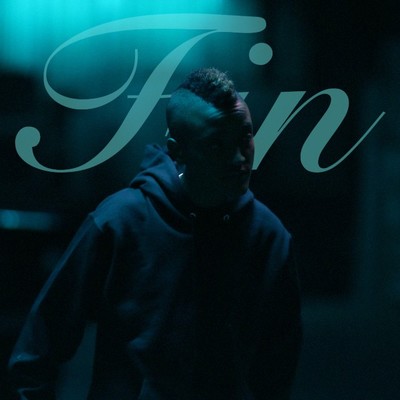 Rap collective Odd Future seemed to disappear from the music scene just as quick as they arrived. The quirky super-group of rappers, producers, DJ’s and friends gained a massive cult gathering from a teenage generation partly due to their relatable friendships and no f**ks given attitude, in both their music and general persona, with videos of the group just messing around together in day to day life and interviews with various members getting almost as many views as their music. Since their time in the limelight, many members have veered into independent ventures, to varying degrees of success. From the now disbanded MellowHype’s disappointing release ‘Numbers’ to the conflicted ‘Doris’ by Earl Sweatshirt to the critically acclaimed ‘Channel Orange’ and ‘Blond’ by Frank Ocean. It seems as if the less prominent members speak more with their music than their mien, take the aforementioned mysterious and introverted Frank Ocean for example. This trend can also be seen with Syd, the collectives DJ, who has seen rising levels of success with her band The Internet and now venturing into a solo career.

'Fin', is Syd’s debut album which has a sound in the same vein of The Internet, on the side of the vocals, but with a more electronic sound beat wise. The album has a highly explicit tone, full of sex and lust, giving Fin an aura of the The Weeknd in sound and especially in content. However, not since The Weeknd has someone made such sexually focused lyrics sound so smooth and soulful.

'Fin' opens with 'Shake Em Off' coming of age song of sorts, as Syd outlines her problems, and then tells those that cause these problems and that criticise her, that she is not bothered about their opinions and she’d rather they say nothing at all. “Shake Em Off, there’s nothing you can tell me I’m grown. I’d rather you say nothing at all.” She is ridding herself of those who bring her down. Her matter of fact, careless delivery almost illustrates her lack of feeling for those that do not feel her.

'No Complaints' is a faster paced track, in comparison to the others songs with a fairly sinister beat. It explores Syd’s satisfaction with her fame, and despite criticisms toward it later in the album, she is happy for with it for the most part.

'All About Me' is the first single from Fin. Released complete with music video in January and producer by The Internet’s Steve Lacy. 'All About Me' has a trippy, trap style beat with synthy electronic undertones. 'All About Me' again assesses Syd’s love hate relationship with fame stating “I see fame as a nuisance, I don’t take it for granted but god dammit, Sometimes I can’t stand it”.

'Drown In It' and 'Body' seem to almost go together hand in hand. The former is a seductive and easy interlude about sexual fantasy and exploration with a runtime of just over a minute, which makes it feel like a precursor to the follow up track 'Body', a song about a lustful encounter starting in a nightclub.

'Fin' contains very few listed features, and both follow one another. The first is 'Dollar Bills' which features the ridiculously talented, Grammy nominated, teenage producer, Steve Lacy. 'Dollar Bills' has a feel good vibe as well as a verse from the aforementioned Lacy, showing off another of his many talents. The second is entitled 'Over' which has a heavy bass backed beat, and features rapper 6Lack.

The album finale is called 'Insecurities', a song that replaces the lustful tone of the previous tracks with that of left love. It seems a fitting end to 'Fin', with a retrospective examination of a relationship. The track also appears to feature a brief verse from the recognisably voiced Anderson. Paak.

Despite Syd stating that the album is ‘not that deep’ it is hard to not attribute meaning to parts of it. Even the song names seem to have some relevance to her rise to fame, with titles such as 'Nothin to Somethin', 'Drown In It', 'Dollar Bills', and 'All About Me'. The latter, especially seems to highlight that Syd is the focus of this album. It is all about her, with very few features at all.

'Fin' has an innocent and soulful sound with an overwhelmingly explicit focus. Syd’s delivery almost seems effortless throughout the album, as lyrics seem to smoothly flow from her mouth, almost distracting you from the explicit nature, making it as easy listening to us as it seems that the lyrics seem roll from Syd’s tongue. 'Fin' almost feels like a drug as the lyrics slip into your ears and permeate your mind, drifting you into a trance-like state. A sensuous and indulgent listen that is very deserving of its hype.