Prog Metal At Its Best 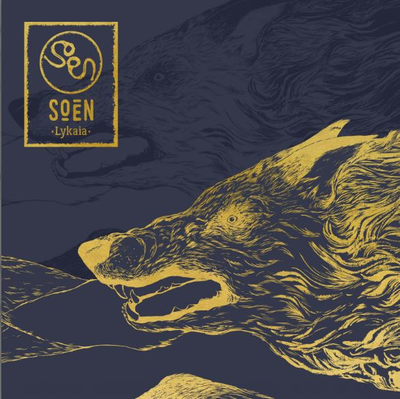 Unfortunately for many years Sweden's SOEN have been so likened to Tool that their music is often hidden from view. True the band was formed by former Opeth drummer Martin Lopez and so will always feature a heavy lean towards the technical prog-metal genre... but that is what makes this album stand out.

This third offering from the band is a melancholy ride embracing the spirit of 70's Prog Rock and giving a true metal edge. Lopez shows his deep understanding of the technicalities of percussion and vocalist Joel Ekelöf brings a dynamic depth rarely heard in today's modern music. However the band don not like to pigeon-hole themselves into one genre.

“This has never been about genres, it’s always been about the journey we need to take both musically and personally,” says Lopez, “and what we´re working on right now is another adventure, another journey which in some ways is quite different again but also builds upon the experiences we’ve had over the last few years.”

Opening with the rhythmic drive of "Sectarian" you know you are in for a ride that is going to make you really listen to this album. It's definitely one not for background muzak. The listener is immediately drawn into a world that delves into its own religious consciousness.

This is a great album... technically interesting, narcissistically exploring the darker side of ancient rituals and challenging to the listener. Tracks such as "Opal" and "Jinn" standing head and shoulders above many releases within the prog-metal world at present.