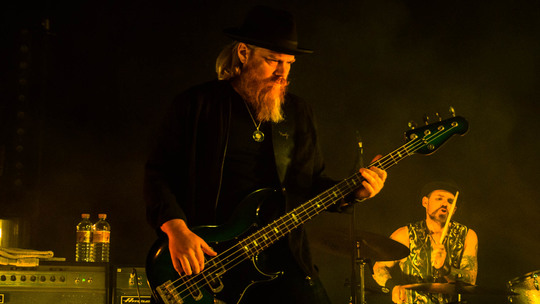 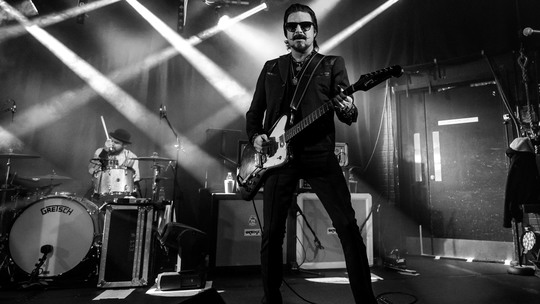 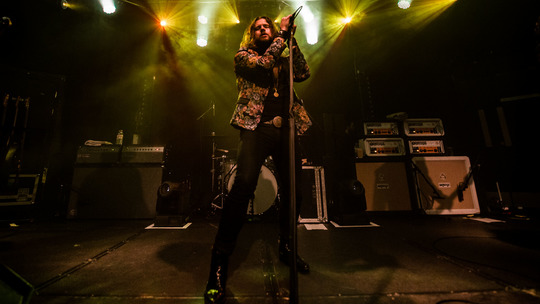 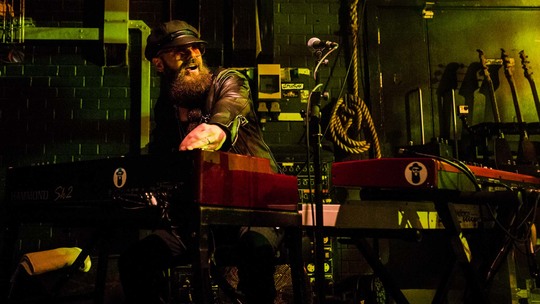 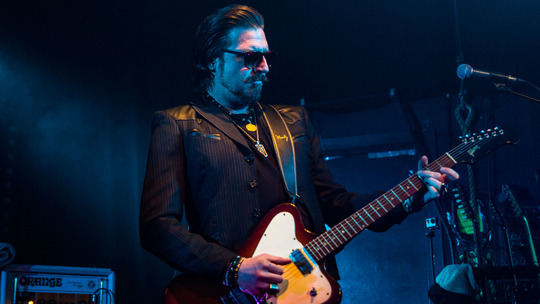 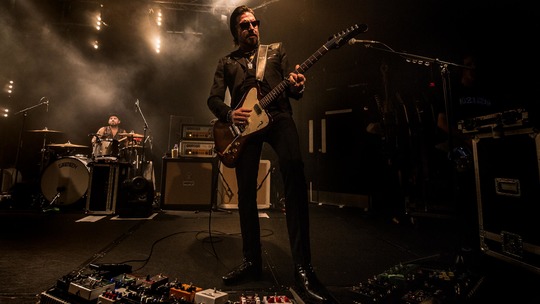 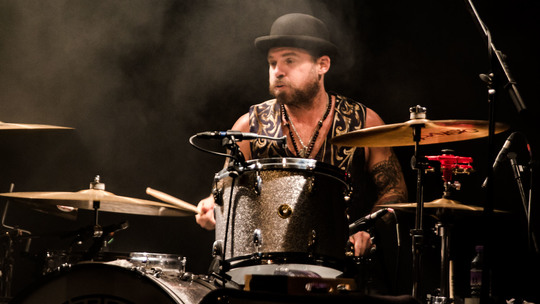 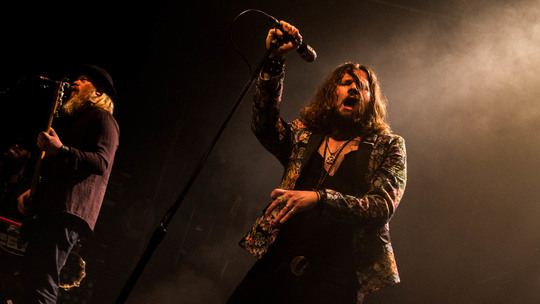 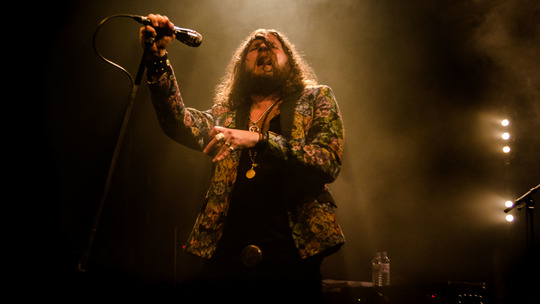 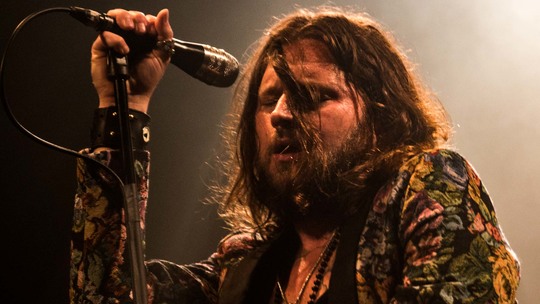 For over a year Rival Sons have been placed in one of the most hallowed positions, the support slot on Black Sabbath’s final world tour. Ozzy saw them at an awards ceremony in November 2014 and told keyboardist Todd Brooks how they were “the best fxxking live band he’s seen in a long time” and so it wasn’t too hard for them to figure out who would get the support slot for those final dates.

Rival Sons released their superb 'Hollow Bones' album last year (see my review here - http://www.subba-cultcha.com/reviews/1656 ) and that enabled them to showcase it in huge arenas all over the world. In-between those arena dates and when there was a day off, the band carefully selected a handful of smaller venues to play their own full set. Subsequently, they haven’t been off the road pretty much ever since they released the album.

That’s why tonight in Cambridge it is packed to the exits with lots of black leather, rock t-shirts, long hair and a few beards. Classic Rock is apparently very much alive and kicking, midweek in a provincial city centre, it’s great to see a healthy turn out for live rock music. The theme from ‘The Good, the Bad and the Ugly’ starts, and lead singer Jay Buchanan is quickly and sincerely applauding the gathered throng as he walks out on stage. Taking the mic stand down is a signal to launch into the title track ‘Hollow Bones Pt 1’ and this 4-piece from Long Island are immediately in full flow.

There is a fury about Buchanan tonight, he’s always been quick with a pose, single hand in the air - shielding the divine light, pulling the mic stand backwards and letting hair fall over his face in a homage to all the great rock vocalists from the past. Part channeling the spirit of Jim Morrison, Robert Plant or even elements of Eddie Vedder, they can all be seen in Jay Buchanan. What you also get though is a fierce vocal, unheard in most arena rock bands these days, it’s a powerful thing and he’s a master of his instrument and seems to know exactly when to let the valve out and melt faces.

‘Tied Up’ opens with some fine fuzzbox guitar from Scott Holiday, who proceeds to use that extensive pedal board with some great effect. Much twirly moustachioed these days and the epitome of cool, taking a leaf out of Iommi’s book with an all-black outfit and shades, in dim light I’m sure he could be mistaken for the Black Sabbath riffmeister if his hair wasn’t quite as slick.

The fuzz intros continue with ‘Tied Up’, and then the third track in a row from Hollow Bones ‘Thundering Voices’, however, Buchanan is quick to point out “it’s not all going to be about the latest album tonight” before the unmistakeable ‘Electric Man’ is ringing around the venue.

This band are incredibly tight, I guess you would expect that with the sheer amount of shows they have been doing. But even in those moments where they are playing the album tracks - unused in the arenas, a sense of attachment is there with every member’s contribution carefully measured and equaled. Even the normally distant bass player Dave Beste is grinning and grimacing through the bluesy bass laden ‘Secret’.

Centre piece of the set for me is ‘Fade Out’ and this is where Jay Buchanan shows the range of his vocals, from almost silent whispers to several levels of wail, it’s all there and topped off by some incredible slide guitar work from Holiday.

Keyboardist and the man with the most impressive beard this side of ZZ Top – Todd Ogren Brooks, is in a black leather heaven complete with a matching cap. Sitting behind his keyboards on the left of the stage, he can easily be forgotten about, but when they play ‘Open My Eyes’ he’s seen savagely attacking his keys like a madman.

Mike Miley in a hat, manages a classic rock drum solo, which doesn’t send everyone to the bar in boredom, and then we also get the arse shaking blues stormer that is ‘Keep on Swinging’ as the final number.

If you are left undecided about the future of Classic Rock well you should have been in Cambridge tonight, “I keep my head down, but I keep on swinging” is like a mantra for the genre, it’s alive and well and coming to a town near you soon – you need to get on that bus!