Grandaddy - You'll Always Find Them In The 'Last Place' You Look! 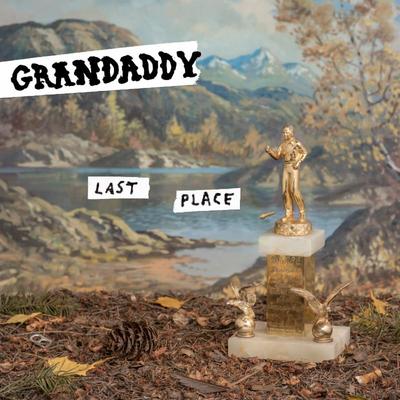 Grandaddy are twenty five years old this year, which makes them pretty much a proper grandparent in band terms doesn't it. Jason Lytle on vox, guitar and keys, Kevin Garcia on bass, Aaron Burtch drummer, Jim Fairchild on guitar and Tim Dryden on more keys put together another classy set of songs with their new album 'Last Place'. It has been a mighty long wait for this release, their last studio album was 'Just Like The Fambly Cat' in 2006. This was the year the band split up only to reform in 2012. There was a best of compilation issued in 2011, but that was hardly satisfying for all those Grandaddy fans in the world.

This album is classic Grandaddy with a rich collection of lilting harmonies, eclectic melodies and soulful vocals. Supported by some ripping music and soundscapes. In fact the first few seconds of album opener "Way We Won't" set my mind thinking fleetingly of the Pearl And Dean theme used in British cinemas in the 60s and 70s. I am not sure how much of this album was recorded just by Jason Lytle (he was responsible for recording most of the earlier records largely on his own) but whether it was or indeed whether it was a full band contribution is irrelevant, it is a Grandaddy classic.

"Jed The 4th", "A Lost Machine" and "I Don't Wanna Live Here Anymore" are my favourite tracks from the first listen although I do believe that this will change as I listen to it again. I always found little bits of the Flaming Lips, Gomez and the Polyphonic Spree drifting through a lot of Grandaddy's work and this album is no exception. Their last three albums were put out on the V2 label, but for this one they have switched to Danger Mouse's 30th Century Records.

The orchestration and production on this collection is top notch and at times stunning. A combination ranging from almost Casio like keyboards right up to full orchestra via some of the fuzziest guitar that you will ever hear. I have only seen Grandaddy live once and that was many years ago. Hearing this new album makes me want to see them again soon. Picture yourself in a field tripping out to the psychedelic wash of beautiful sound from this very talented band, So was this album worth a wait of eleven years? Damned right it was. If you don't enjoy this record then I must assume that you have no soul.