Minus The Bear Fill The Void! 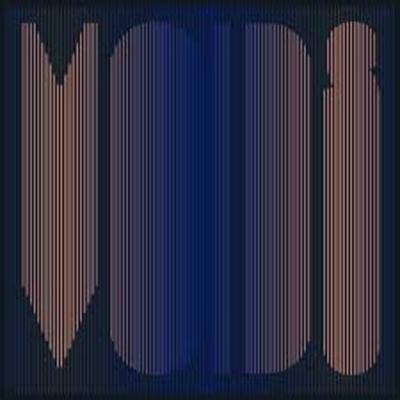 Minus The Bear, what an excellent name for a band and how the hell have I not heard of them until now. They formed in 2002 and released their first album in 2002 and now they are about to release their sixth long player, ‘VOIDS’. This release is on Suicide Squeeze Records who issued their first three albums. The album kicks off with “Last Kiss” which has a jangly electro style attack reminiscent of the bastard offspring of the Killers and Panic At The Disco. It rocks with a really funky groove and a chorus that seems like it will remain with you forever. There is no let up as the album rolls into a tune that would get any indie disco dancefloor rocking to its foundations, “Give And Take” is the title. Speaking of dancing I reckon any number of the tracks on this nifty collection would make for some great dance remixes. The title track would certainly be a great candidate. Then you could use “Silver” as a great chilled come down after a night of clubbing. “What About The Boat?” seems to be a song about insomnia and the has among the best lyrics on the whole record. Incidentally this song is highly unlikely to cure your insomnia. It is impossible to sleep through such a classy song. The production on this record is immaculately handled by Sam Bell.

Whilst Jake Snider is the main vocalist, keyboard player Alex Rose sings the lead on a number of songs on the album; “Call The Cops”, is a blissful chill out and that is not what I was expecting from the title, however it works really well. “Tame Beasts” the harmonies and counterpoint vocals on this song really drive it forward at pace. A full on synth and guitar work out provides a great bed for the song to build on and it is perhaps one of the most powerful songs on this collection. “Robotic Heart” is a song on which the band rock like a world killing robot with a taste for eating the planet, but this robot also has soul!

If you like your tunes anthemic then look no further than “Invisible” it has a beautiful sweeping chorus and the almost funky guitar motif that underpins this song is perfect without becoming intrusive and OTT. One thing Minus The Bear are not is a one trick pony (or a one trick bear) “Erase” is a haunting and at times almost ethereal song. It starts off as though it might be a simple acoustic style interlude and then the delicious chorus and some great drumming come to the fore.

The album closes with “Lighthouse” which is the kind of track that if recorded by the likes of U2 would be lost in a bloated overproduced Edge fest with Bono getting all histrionic on us. But Minus The Bear pull it off and maybe that is because it is just simply a great song. It ends in swathes of tight psychedelic guitars and keys with some thunderous drums at the root of it all. Buy this album, you will not regret it.

Incidentally the Minus The Bear name is from an in joke among the members relating to 70s TV show B.J. and the Bear. Apparently one of their friends had gone on a date and when asked how it went he said “oh you know, just like B.J. and the Bear, minus the bear!”