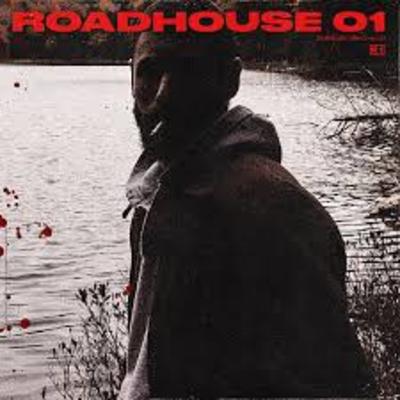 For someone with what appears to be great talent Allan Rayman is almost off the grid in comparison with the online presence of the majority of singers and musicians. But there is some information out there about him, assuming that it is all true of course. He apparently comes from the Twin Peaksian sounding Lost Springs in Wyoming and currently lays his hat in Toronto. He writes, produces, plays and sings all of his music. According to some web based commentators he also makes films to accompany his songs. Yes that’s right, films, not videos! He doesn’t do interviews and says not much more than ‘thank you’ at his live shows. Yet this man of mystery often reaches half a million streams of his songs each month on Spotify. What I definitely know about Mr Rayman is that he has a new album out and it is called ‘Roadhouse 01’ and I was lucky enough to get to listen to it a few times before its release.

Who are Allan Rayman’s key influences? He certainly doesn’t appear ready to tell us that or anything but for me I got a sense of the outrageously talented Hawksley Workman on album opener “Wolf”. Like many tracks here the music and orchestration appears very sparse at times yet in a bizarre contrast also has immeasurable depth. His soulful vocal often reminded me of Finlay Quaye, especially on the funky “13”, the equally funked up “25.22” (what is it with all these number titles?) and “Sweetheart”. I love the understated lead guitar work on the latter and its strong Robbie Robertson circa “Somewhere Down The Lazy River” vibe. Do you like Tom Waits? Well if you do then I reckon you will go mad for the kind of fifties jazz stylings inherent in “Jim’s Story” which also includes a great spoken vocal section. I felt a Tom Waits thing on the aforementioned “13” too.

There are a few tunes in this mighty powerful little collection that I can picture myself sitting down to listen to late at night accompanied by a Jack Daniels on the rocks. “Faust Road” is one such track that weaves a wicked spell to beguile its way into your head with no apparent desire to leave. Another late night gem is the comfortably weird story song “Shelby Moves”, well at least I think it is a story song and it is another bewitching tune that sinks itself into your very soul. Another weird Twilight Zone kind of moment is provided by “Head Over Heels” which has Allan Rayman channelling the dub style vocal spirit of a mutant Michael Jackson over a backing track that sounds like something Moby got rid of because it scared the shit out of him. Rayman duets with Jessie Rayez on “Repeat” and what I love about that song is the space given to the vocals to allow the singing to drive things. Other parts of this record wear their AOR and chill out badges with great pride. Before I had the chance to review this long player I had never heard of Allan Rayman, now I do believe that I am a fan. Try it out, I think that it is highly likely that you too will be fans before long.