A Voice Of Power & Beauty 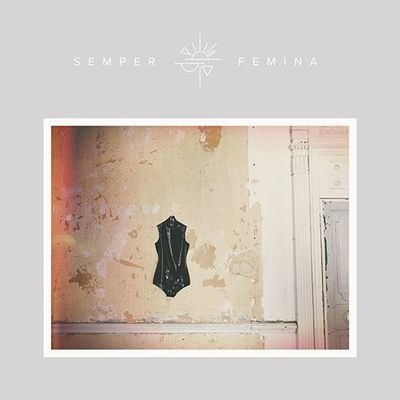 Laura Marling’s 'Semper Femina' album begins with the gorgeous "Soothing" which puts you in mind of 2am at a smoky jazz club. Her voice is one of a kind with a seemingly effortless breathy higher register and a power that comes from her ability to infuse each note with belief and understated passion.

"The Valley" moves in to folk territory with a tune that is reminiscent of "For Emily, Wherever I May Find Her" by Simon and Garfunkel and suits her voice perfectly. The line "Perhaps she’s had enough of love, it can be a sickly thing" undercuts the apparently romantic atmosphere and the song leaves the listener intrigued as the lyrics constantly play with the form and expectation of a love song.

"Wild Fire" is "Take a Walk on the Wild Side" for a new generation. Marling talks about a woman who is trying to escape from something, perhaps their relationship, and although she doesn’t want it to happen she is prepared to help if that’s the best thing for her. As the song continues, though, it becomes angrier as she accuses her lover of taking her own problems out on her unfairly.

"Don’t Pass Me By" has a Dire Straits style guitar in the background as Marling revisits a lost love who she asks not to ignore her if they see each other. She seems to be asking her former lover not to make the same mistakes they made in their own relationship but the question "Would you love me if I put up a fight?" seems to indicate that she still thinks they could work.

"Always This Way" is a song of regret and longing that asks if things will ever change. It could soundtrack a midlife crisis quite easily even if Marling herself is nowhere near that stage!

"Wild Once" speaks to that adventurous part of us that we often lose as we get older and urges us to reconnect to that. In a way, it is the flip side of the previous track. "Nouel", perhaps my favourite track, has a quasi-religious theme that underpins a plea for women to realise how much potential and power they possess.

This is an album of quiet power with songs that demand repeated listening. The title translates roughly as 'Always a Woman'. I’m guessing that the title is a mixture of pride and a clear challenge to society in general to recognise the power women display. To listen to Laura Marling is uplifting and a rare privilege. Long may she continue to display her own power and talent.