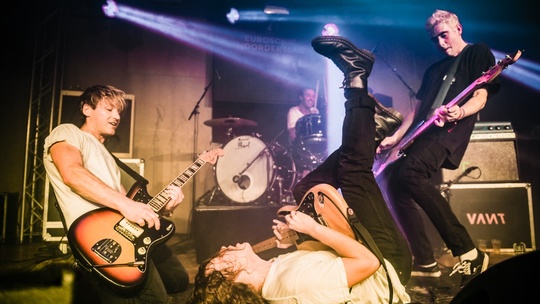 VANT took Camden's Electric Ballroom by the scruff of its neck and gave it a pounding dose of politically-fueled rock.

A maelstrom of mosh-pits filled the floor during nearly each song as the crowd roared to life throughout an incredibly packed set list for a one hour gig; with new album hits mixed in with the singles that won their fans over in the first place.

A very strong showing from the group who recently released their debut album 'Dumb Blood'.