The World Lit Up and Filled With Colour

An Impressive Debut From Secret Company 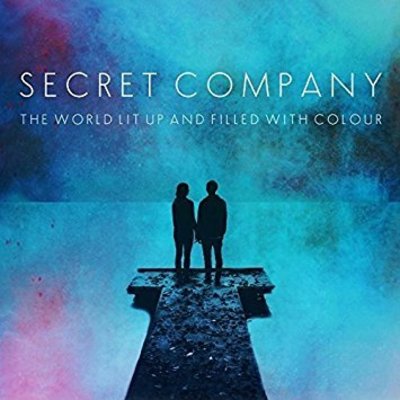 The World Lit Up and Filled With Colour

If you thought Ed Sheeran’s comeback was the best thing about 2017, it might be time to rethink matters. The long-awaited debut album from Chelmsford’s electrifying guitar-pop quartet Secret Company is set to blow them up in a big way this year. Recorded at CDS Studios by Mike Curtis (fresh from his stint working on Ratboy’s LP), the band have honed their sights, sounds and strengths into a concise and powerful debut long-player that’ll be sure to excite you in the same way as a John Mayer release or a concert by The Killers.

Released on 10th March, the 12-track record ‘The World Lit Up and Filled With Colour’ is on par with the 1975’s ludicrously lengthy-titled second album. There are heaps of big earthy-tribal toms, saccharine melodic gritty indie rock guitars and honest emotive filled vocals/lyrics.

For those not acquainted with the band, they are singer/guitarist Scott Revell, James Patman guitar/vocals, bassist Kushal Gupta and drummer Tim Reyland. The band formed in 2012 when Scott and James began writing songs in James' back garden shed. Their shared love for glorious melodies and acts like Jeff Buckley, Fleetwood Mac and Paul Simon, The Killers, Supergrass, early Kings of Leon and John Mayer have shaped their sound and direction.

In 2015, Secret Company released their debut EP ‘Saviour’. It was immediately picked up by fans and commentators alike and brought them to the attention of the wider music industry. They’ve been riding a steady crest ever since, with a live performance on Channel 4’s reality show Made In Chelsea, and appearances at the likes of Leeds Festival, Secret Garden Party and Isle Of Wight Festival.

Secret Company’s debut album is the latest addition to a series of impressive hits and demonstrates that they’ve stepped into 2017 with their foot firmly on the accelerator. A few of the songs on the record will be familiar to fans, like ‘Saviour’, ‘Fever of Love’ and the addictively intense ‘Midnight Rush’. Released last year as a single to critical acclaim, the song gave the band their first airtime on Radio 1 with Huw Stephens playing it via BBC Introducing.

Without a doubt, ‘The World Lit Up and Filled With Colour’ is a beautiful debut album. New single ‘Lightning Parade’, is a thundering track showcasing the band’s epic sound; whilst 'Burning Through the Night' is striking and conjures up a night-time road trip in an open top through the dusky desert. There's something about this song that requires several listens. It's definitely a grower.

In summary, there’s not a bad track on the album. Each song is carefully crafted; with clear, powerful vocals, and offering an uplifting and infectiously rhythmic blend of pop-rock-electronica. The atmospheric synths and catchy melodies will be stuck in your head all day. Definitely worth a listen!

I’m excited for this band. Let’s hope that 2017 is the year that all their hard work finally pays off.