The Goddess Took Us To The Altar 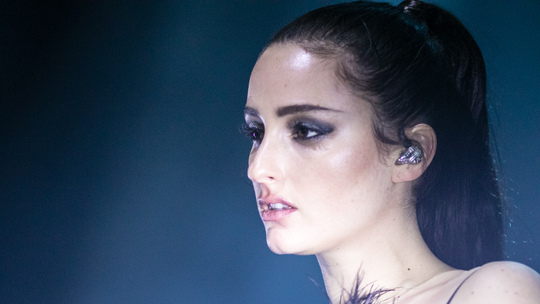 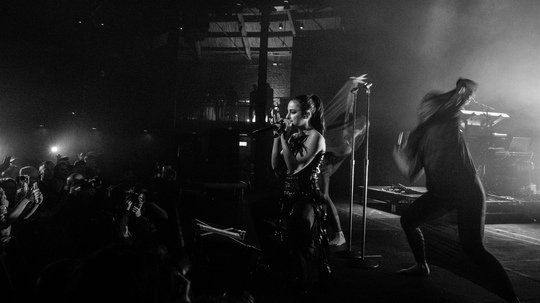 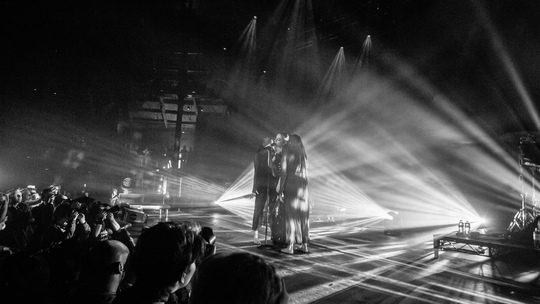 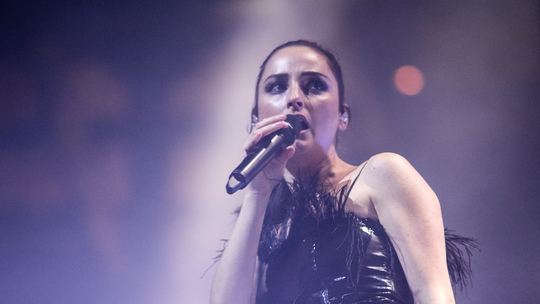 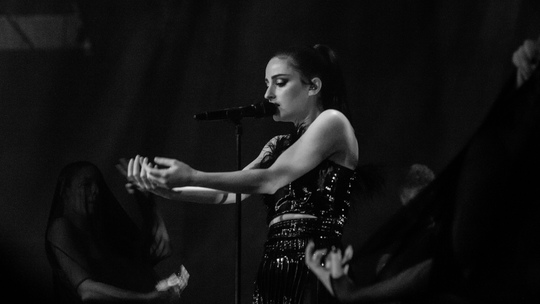 Experimental R&B artist BANKS brought sass and sensuality to a sold-out headline show at London’s prestigious Roundhouse on Monday. It was the final night of the European leg of her tour for sophomore album, 'The Altar'. The new record, released in the autumn of 2016, sees BANKS pushing into ever more exhilarating and adventurous sonic and emotional territory in an inspiring confrontation of complicated love, longing, betrayal and self-doubt.

Known for her performance art and burning laconic lyrics, the 28-year-old Californian (full name Jillian Banks), bared her soul in a vulnerably confident performance in Camden. The understated singer kicked off the set with a somewhat menacing rendition of ‘Poltergeist’, on which she sings about her seeming ‘crooked nature’. Throughout the extensive set, BANKS flitted between the stripped-back experimentalism of her first album, 'Goddess' (laden with songs filled with brooding progression chords combined with melodic chants that feel almost meditative) - and the trip-hop games of the more authoritative current album.

Dressed in a sparkly, long-length tasseled top and baggy trousers, BANKS resembled a cross between a 90s girl band member (think a sexier version of Shakespears Sister) and a feistier Ariana Grande. Accompanying her on stage were two black-clad dancers with S&M-inspired headdress who, with every movement, perfectly personified the assertive and defiant lyrics. The combination of seductive, gyrating dance moves and (mostly crimson) mood lighting made for a mesmerising, almost spiritual, experience.

Utterly magnificent and aesthetically pleasing, the show was a pure theatrical delight for the senses. Peppered with songs from the debut album, tracks like ‘Beggin For Thread’, ‘Drowning’ and ‘Waiting Game’ were crowd pleasers. Between numbers, concertgoers were given some insight into BANKS’ stream of consciousness, but those were few and fleeting. This however didn’t stop the screaming horde of fans from shouting out her name throughout the show, in constant awe of the ethereal Goddess. BANKS reciprocated the love by retorting, “what a special place to end the tour for this album… this is where my music was first embraced”.

The night ended with a thunderous roar from the crowd for an encore, which was duly obliged with two tracks. Beginning with ‘27 Hours’, which was an assault to the eyes with the bright lights flashing on cue with the words “since we saw the sun” being sung; and finishing up with ‘This Is Not About Us’, a song with a great hook that speaks of self-confidence and deserving better than a toxic relationship.

BANKS has definitely grown since her first album. The music is powerful, bold and inspiring while her performance is stunning, captivating and atmospheric. BANKS undeniably slayed the Roundhouse. What a Goddess!